PASADENA, Calif.—Almost everyone knows the feeling: you see a delicious piece of chocolate cake on the table, but as you grab your fork, you think twice. The cake is too fattening and unhealthy, you tell yourself. Maybe you should skip dessert.

But the cake still beckons.

In order to make the healthy choice, we often have to engage in this kind of internal struggle. Now, scientists at the California Institute of Technology (Caltech) have identified the neural processes at work during such self-regulation—and what determines whether you eat the cake.

"We seem to have independent systems capable of guiding our decisions, and in situations like this one, these systems may compete for control of what we do," says Cendri Hutcherson, a Caltech postdoctoral scholar who is the lead author on a new paper about these competing brain systems, which will be published in the September 26 issue of the Journal of Neuroscience.

"In many cases, these systems guide behavior in the same direction, so there's no conflict between them," she adds. "But in other cases, like the all-too-common inner fight to resist the temptation of eating the chocolate cake, they can guide behavior toward different outcomes. Furthermore, the outcome of the decision seems to depend on which of the two systems takes control of behavior."

A large body of evidence shows that people make decisions by assigning different values to the various options, says Antonio Rangel, a professor of economics and neuroscience and the senior author of the paper. To make their decisions, people select the choice with the highest value. "An important and controversial open question—which this study was designed to address—is whether there is a single value signal in the brain, or if there are instead multiple value signals with different properties that compete for the control of behavior."

According to the single-value hypothesis, Rangel explains, the ability to say no to the chocolate cake depends on just one system that compares values like healthiness and taste. But the multiple-value hypothesis suggests that there are different systems that process different values. The ability to turn down the cake therefore depends on whether the brain can activate the appropriate system—the one that evaluates healthiness. If you do not want the cake, it means you place a higher value on health than on taste and your brain acts accordingly.

In the study, the researchers asked 26 volunteers to refrain from eating for four hours prior to being tested. During the experiment, a functional magnetic resonance imaging (fMRI) machine was used to measure the brain activity of the hungry participants while they decided how much they were willing to pay for different snacks, which were shown on a computer screen. The items, including foods like chips and vegetables, varied in taste and healthiness. The subjects were explicitly asked to make their choices in one of three conditions: while attempting to suppress their desire to eat the food, while attempting to increase their desire to eat the food, or while acting normally. The volunteers could do whatever they wanted to control themselves—for example, focusing on the taste (say, to increase their desire to eat something delicious but unhealthy) or the healthiness of the item (to reduce that urge).

After a four-second period, the participants placed real bids for the right to buy the items that reflected the value they placed on the food.

The researchers found that activity in two different brain areas correlated with how much the participants said they wanted an item, as indicated by their bids. The two regions were the dorsolateral prefrontal cortex (dlPFC), which sits behind the temples, and the ventromedial prefrontal cortex (vmPFC), which is in the middle of the forehead just above the eyes.

Significantly, the two areas played very different roles in the self-regulation process. When volunteers told themselves not to want the food, the dlPFC seemed to take control; there was a stronger correlation between the signals in this area and behavior, while the signals in the vmPFC appeared to have no influence on behavior. When the volunteers encouraged themselves to want the food, however, the role of each brain region flipped. The vmPFC took control while the signals in the dlPFC appeared to have no effect.

The researchers also found that the brain's ability to switch control between these two areas was not instantaneous. It took a couple of seconds before the brain was able to fully ignore the conflicting region. For example, when a volunteer tried to suppress a craving, the vmPFC initially appeared to drive behavior. Only after a couple of seconds—while the participant tried to rein in his or her appetite—did the correlation between bids and vmPFC activity disappear and the dlPFC seem to take over.

"This research suggests a reason why it feels so difficult to control your behavior," Hutcherson says. "You've got these really fast signals that say, go for the tempting food. But only after you start to go for it are you able to catch yourself and say, no, I don't want this."

Previous work in Rangel's lab showed that when dieters made similar food choices, their decisions were controlled only by the vmPFC. The researchers speculate that because dieters are more accustomed to self-control, their brains do not show the neural struggle seen in the new study. If that is the case, then it may be possible that people can improve their self-control with more practice.

In addition to Hutcherson and Rangel, the other authors on the Journal of Neuroscience paper are Hilke Plassmann from the École Normale Supérieure in France and James Gross of Stanford. The title of the paper is "Cognitive regulation during decision making shifts behavioral control between ventromedial and dorsolateral prefrontal value systems." This research was funded by grants from the National Science Foundation, the National Institutes of Health, and the Gordon and Betty Moore Foundation. 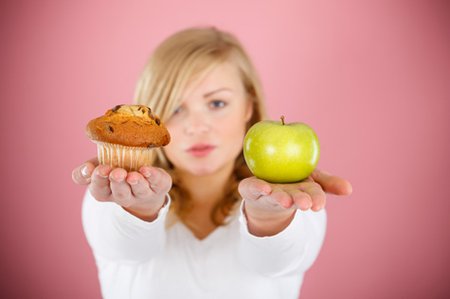 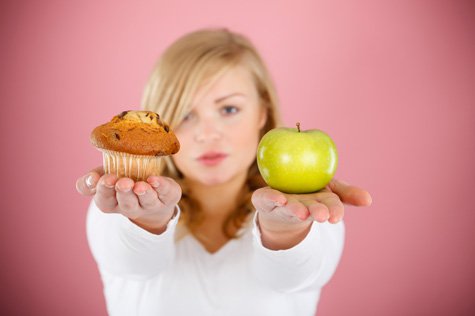