Looking Back at the Great Rose Bowl Hoax

Fifty years ago, Washington Huskies fans at the 1961 Rose Bowl game between the Huskies and the Minnesota Golden Gophers received instructions to take colored flip-cards off their seats and hold them above their heads, producing gigantic images for the millions of fans watching on TV. One pattern was meant to spell "Huskies," another to reveal a picture of said dog. But one of the images curiously appeared to be a creature with buck teeth and round ears, and then the cards spelled out an even bigger surprise: "CALTECH." Read more about the Great Rose Bowl Hoax in the Los Angeles Times and Legends of Caltech. 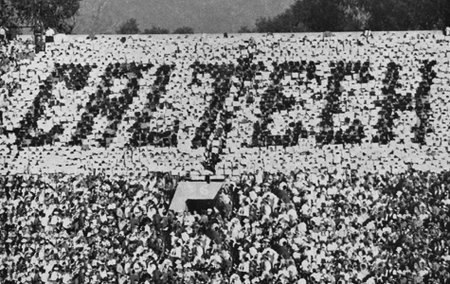 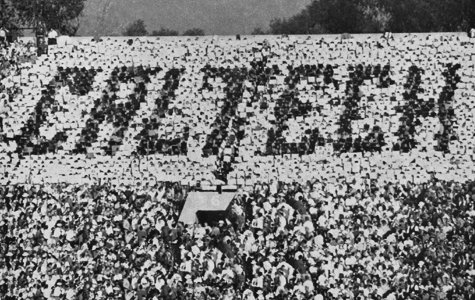