While Caltech engineers are known for building some of the world's most complex machines, Comparative Literature Professor Jocelyn Holland focuses on one of the simplest in her recently published book The Lever as Instrument of Reason. And though levers appear on almost every page of the volume, Holland does not dwell on the physical construction of the apparatus—essentially a bar on a pivot used to move an object. Instead, she is interested in how 18th- and 19th-century German writers used the idea of the lever as a "tool of investigation," a "being of reason," and even a "thought-thing" to do a different kind of work. To learn more about these levers of the mind, we caught up with Holland to talk about her book, her first encounters with the German language, and her next project.

How did the idea for the book come about?

I had been working on some topics that cross over between literature and science around 1800 in the context of German Romanticism. German is a funny language because the word for tool and for organ is the same: Werkzeug. You can tell by context if people are talking about bodies or tools. But the German Romantic writers liked to play with this kind of ambiguity. It slowly started to dawn on me—and once you notice something you start to see it everywhere—that these people who are more famous for writing about plants and artistic creation and growth actually had a really strong interest in mechanics and technical objects.

It turns out that quite a few people at that time were interested in the lever, and they were people who normally wouldn't fall into the same box together. For example, in addition to the German Romantic writers you also have the philosopher Immanuel Kant. And also people who were doing a different kind of philosophical thinking than Kant's, called Naturphilosophie, or philosophy of nature, as well as some who were interested in empirical and rational psychology. These thinkers all turned to the lever to help them model the problems they were working on.

How were these writers using the lever in their work?

I think it's helpful to first start with this very basic idea of what the regular physical lever does, and then see how that can be mapped into this different sort of terrain of intellectual work. The lever, along with pulleys and wedges and other simple machines, give us what is called mechanical advantage. You are only so strong, but with this lever you can move a rock that you otherwise wouldn't be able to lift with your bare hands.

So, we have the notion that a tool can somehow augment human agency. And that is our entry point into thinking of the lever as a way to help think through problems or do things with our minds that we wouldn't otherwise be able to do. It's important in this context to also think of the lever as something that brings different things into relationship to each other. This was an important idea at the time.

One of the things I found as a common denominator is that levers were used to model different aspects of the human psyche. So, for example, Kant uses references to the lever in terms of weights and counterweights, in terms of calculating moral decisions. Do I do this? Do I not do this? Where do I fall on the scale? In the process, things like honor and happiness become quantified.

Or in the case of German Romanticism, they like to think of the human being, your own sense of self, as a kind of fulcrum point between balancing forces, or ideas. Do I tend more towards philosophy, or do I tend more towards religion? What is the balance of actions and beliefs? They would think of these concepts on levers. So it's a kind of mental modeling, with different opposing forces balancing in our minds. And these psychological forces never go away even when you're in equilibrium. You're always the sum of your tensions.

Would you call this a history of science book?

It's a kind of hybrid creature that's not history of science and also not literary studies. It draws from multiple disciplines and shows how they can speak to each other in important ways. No single perspective would have been adequate for writing about levers around 1800.

What attracted you to German literature in the first place?

I think on some level I just liked the sound of the language. I liked the poetry, so it was a very strong sensory impression I had before I came across the whole philosophical and literary tradition.

Are you working on another book now?

Yes, it's about theories of technology in the 18th-century German context. Although there were numerous new sorts of industrial and technological advancements at that time in German territories, they were actually behind the game in terms of the Industrial Revolution. They were ahead of the game, however, in terms of theorizing about technology. That's maybe a German thing.

In any case, there was a new discourse of technology in the 18th-century shaped both by theoretical thinkers and those concerned with the pragmatics of governance who were asking questions like, what would it take to call technology a science, and how would this science of technology be different than other kinds of sciences? How would we teach the use of technological objects? And what makes it so difficult to define exactly what technology is? These questions resonate with discussions of technology today.

Read the introduction to The Lever as Instrument of Reason. 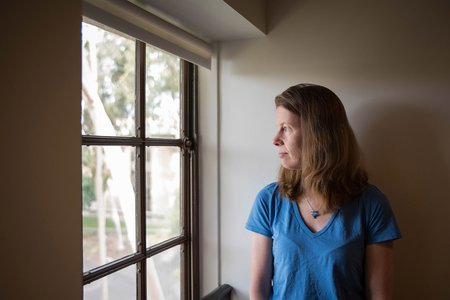 Share this
Tags
humanities our people
See All News   >