Barry M. Simon, professor of mathematics, emeritus, will be featured on the cover of the Notices of the American Mathematical Society on the occasion of a special math conference being held this month for his 70th birthday. Simon, who is known as the one of the founding fathers of modern mathematical physics, was recently awarded the 2016 Leroy Steele Prize for Lifetime Achievement of the American Mathematical Society (AMS).

Simon has made impactful contributions to the mathematical areas of quantum field theory, statistical mechanics, Schroedinger operators, and the theory of orthogonal polynomials. He has published nearly 400 scientific papers and authored 21 books, including the four-volume textbook series, "Methods of Modern Mathematical Physics," written with Michael Reed in the 1970s. He has also coauthored two popular manuals on how to use Windows computers.

We recently spoke with Simon about his career, mentoring students, and future goals.

You are known as a founding father of mathematical physics. Can you tell us more about the field and how you helped establish it?

I regard the founders of mathematical physics to be a generation before me, notably Wightman, Tosio Kato [UC Berkeley], and David Ruelle [Institut des Hautes Études Scientifiques]. I advanced the field in several ways. My books with Mike Reed served as an introduction to the field and lured a generation of talented people to the area. And I was fortunate enough to be one of the first researchers in a number of areas that allowed me to write seminal papers still widely cited today.

When you look back at your decades-spanning career, what do you feel most proud of?

The Notices article lists a number of accomplishments and I hesitate to single out only a few, but I'd mention my work on eigenvalue perturbation theory; the work with Francesco Guerra [University of Rome] and Lon Rosen [University of British Columbia] using statistical mechanical methods in Euclidean Quantum Field Theory; my work with Elliott Lieb [Princeton] on Thomas Fermi theory; the work with Jürg Frölich [ETH Zurich], Tom Spencer [Institute for Advanced Study], Freeman Dyson [Institute for Advanced Study], and Lieb on continuous symmetry breaking in statistical mechanics; and my foundational work in ergodic Schoedinger operators and on singular continuous spectrum. Finally, in the past 15 years, I've introduced important new ideas into the spectral theory of orthogonal polynomials.

I'm also proud of my books and the impact they've had. Perhaps most of all, I am proud of my impact on students, postdocs, and collaborators. There is a special thrill to giving a boost to the careers of young people.

The New York Times wrote an article about you winning a math contest when you were 16. Can you tell us about the contest? And did you know then that you wanted to be a lifelong mathematician?

This was the exam sponsored by the Mathematical Association of America. Before my year, there were only three perfect scores. I had only one problem wrong but when I was told which one it was, I was dumfounded because I was sure I had it right. The issue was that I interpreted it in a different way from how the exam writers intended it. I appealed and made the case successfully that the wording was ambiguous and thus achieved the second perfect score that year. It was the drama of the appeal that caught the eye of the Times. The actual problem I appealed was part of the article and my brother, Rick, included the text of the article in his contribution to the page of "Barry Stories" put together from my 60th birthday conference.

At that time, I hardly wanted to be a mathematician. The teacher who had the biggest influence on me in high school was Sam Marantz, a physics teacher. So while I knew I liked mathematics, I wanted to be a physicist and both my BA, from Harvard, and PhD, from Princeton, are in physics. I knew I wanted to combine my two interests and went to Princeton to study, where I learned that Wightman had done exactly that. For various reasons, all the courses I taught at Caltech were in math, but at Princeton I taught in both departments including the basic undergraduate quantum mechanics. My research in the recent past has focused more on pure math topics so I am perhaps more mathematician than physicist now, but I've always had a joint appointment and been proud of it.

Can you help explain to non-mathematicians the importance of math, and specifically of your areas of research?

Galileo once said that "the book of nature is written in the language of mathematics." So one importance of mathematics is its central role in all areas of modern science. The remarkable fact is that most mathematicians are not motivated by the applications but by the internal beauty and fascination of the subject. But despite their motivation, what they discover has significant applications in the outside world. For example, something as esoteric as the study of prime numbers is the basis of the encryption you use whenever you connect to your bank's website!

In the American Mathematical Society feature story about your career, several colleagues mention how fast you are at writing papers. Can you share your trick?

No trick to convey. I've been blessed with a mind that thinks logically and manages to see deep connections so that I am able to write clearly on my first draft. Unlike many scientists I know, I enjoy writing, which makes the process quicker. And I've always worked hard.

One of the pictures in the Notices feature story shows you wearing boxing gloves with Greek letters on them. Is there a story behind this?

In about 1995, Caltech decided to redesign its required curriculum. I was the mathematician on the committee chaired by Dave Stevenson, a professor of planetary science. One of things we changed was to decrease the basic calculus classes to one quarter, and I was persuaded to teach the new Math 1a, which I did for six years.

This course was as much to introduce students to rigorous proof, which many of them hadn't seen in high school, and the centerpiece of that was the use of what are called ε-δ proofs. I was fond of saying "ε and δ are a calculus student's finest weapons." One year, I had an especially lively group of students and, on the last day, when I walked into the auditorium where the class was given there was a pair of boxing gloves on my desk, one with an ε and one with a δ. I've received lots of positive comments from other mathematicians about that picture.

I have a story about Math 1a that I especially like. I was aware that many students taking that class who taken several years of calculus were offended that we felt they didn't really understand the subject without rigorous proof and they found the course difficult because the approach we thought was essential for them was so foreign to their experience. One day, I was stopped by a student who introduced himself and said: "I'm a senior now and I took Math 1a from you as a freshman. At the time I thought it was the worst course I'd ever taken. I now think it is the best course."

How did you get involved in writing Windows manuals?

In the mid-1980s as PCs were first coming in, IBM gave a grant to Caltech that let math faculty get IBM XTs. My colleague Rick Wilson, professor of mathematics, emeritus, and I became fascinated with the guts of the machines and developed some expertise in the architecture underlying DOS [disk operating system]. Rick became a first-class assembly-language programmer. This was before there was an active Internet but there was a bulletin board called CompuServe where I met lots of nerds.

We suddenly found ourselves as shareware authors. We got involved in a CompuServe group trying to set up an API [application programming interface] for resident programs to avoid getting in each other's way. One of the other people involved had done some writing for PC Magazine, at the time the leading computing magazine, and he suggested that I go see them to talk about this API. I did, and by coincidence, one of the editors I met with asked if I knew any mathematics! He was looking for a reviewer for a new program called Mathcad. Soon after, I was the standard reviewer of mathematical software for PC Magazine and many other programs like Visual BASIC.

Another person, Woody Leonard, I met through CompuServe who knew of my expertise from this writing suggested we write a book about the soon to be released Windows 95. I wouldn't call it a manual—it wasn't so much a detailed how-to as a book to give the reader background for understanding what they are doing. In an era when DOS for Dummies was a bestseller, one wag dubbed our book "Windows for Dummies Not."

In reference to the phrase popularized during the first gulf war, "mother of all battles," we called our book, The Mother of All Windows Books. We had a version with one of the first CD ROMs of software sold with the book and dubbed that version CD Mom. The books had a fair amount of corny humor and were a lot of fun to write. In all, we published four books together and I had a solo book on Outlook.

You have mentored more than 30 graduate students. What is your favorite part of mentoring?

When a student starts working for me, one of the first things I give them is a warm-up problem. I get to share in the excitement they feel the first time they realize they can make their own original contributions. And for those that go on in academia, it is always a joy when they get tenure.

What is coming up next for you and your research?

I officially retired this past June 30. One nice thing I can do without official responsibilities is spend more time in Israel where the majority of my kids and grandkids live. But I expect to continue working. The English mathematician G. H. Hardy once remarked that "young men should prove theorems, old men should write books." While I violated that by publishing the first volume of Reed-Simon at age 26, it does make sense. My five volume, 3,200-page Comprehensive Course in Analysis was published last December, and I've got three book projects in planning stages.

I also have various research projects under way. Two that excite me are a joint project with two Israeli colleagues that explores some connections between spectral theory and probability theory, and a joint project with two former postdocs that will follow through on our breakthrough last year settling a 40-year-old conjecture in the theory of Chebyshev polynomials. I've also been polishing my website and started an online "Selecta," which will include biographical notes and notes on some sets of my papers. 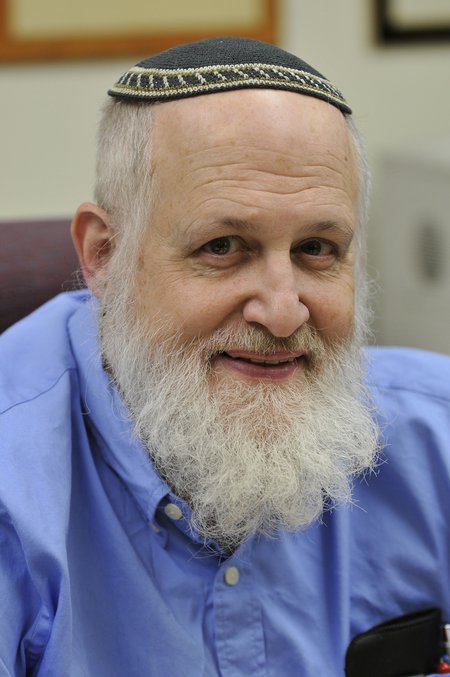 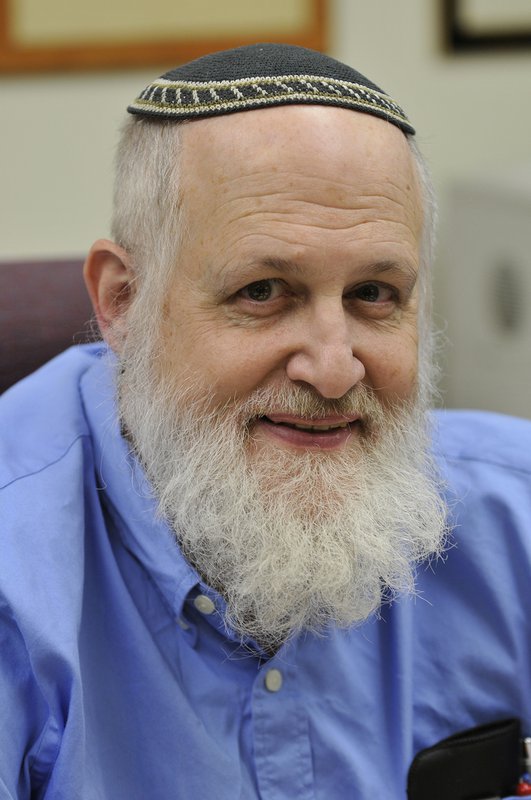