Learning to Tolerate Our Microbial Self

PASADENA, Calif.—The human gut is filled with 100 trillion symbiotic bacteria—ten times more microbial cells than our own cells—representing close to one thousand different species. "And yet, if you were to eat a piece of chicken with just a few Salmonella, your immune system would mount a potent inflammatory response," says Sarkis K. Mazmanian, assistant professor of biology at the California Institute of Technology (Caltech).

Salmonella and its pathogenic bacterial kin don't look that much different from the legion of bacteria in our gut that we blissfully ignore, which raises the question: What decides whether we react or don't? Researchers have pondered this paradox for decades.

In the case of a common "friendly" gut bacterium, Bacteroides fragilis, Mazmanian and his colleagues have figured out the surprising answer: "The decision is not made by us," he says. "It's made by the bacteria. Since we are their home, they hold the key to our immune system."

What's more, the bacteria enforce their "decision" by hijacking cells of the immune system, say Mazmanian and his colleagues, who have figured out the mechanism by which the bacteria accomplish this feat—and revealed an explanation for how the immune system distinguishes between beneficial and pathogenic organisms.

In addition, the work, described in the April 21 issue of Science Express, "suggests that it's time to reconsider how we define self versus non-self," Mazmanian says.

Like other commensal gut bacteria—those that provide nutrients and other benefits to their hosts, without causing harm—B. fragilis was thought to live within the interior of the gut (the lumen), and thus far away from the immune system. "The dogma is that the immune system doesn't respond to symbiotic bacteria because of immunological ignorance," Mazmanian explains. "If we can't see them, we won't react to them."

But using a technique called whole-mount confocal microscopy to study the intestines of mice, he and his colleagues found that the bacteria actually live in a unique ecological niche, deep within the crypts of the colon, "and thus in intimate contact with the gut mucosal immune system," he says.

"The closeness of this association highlights that an active communication is occurring between the bacteria and their host," says Caltech postdoctoral scholar June L. Round.

From that vantage point, the bacteria are able to orchestrate control over the immune system—and, specifically, over the behavior of immune cells known as regulatory T cells, or Treg cells. The normal function of Treg cells is to prevent the immune system from reacting against our own tissues, by shutting down certain immune responses; they therefore prevent autoimmune reactions (which, when uncontrolled, can lead to diseases such as multiple sclerosis, type 1 diabetes, lupus, psoriasis, and Crohn's disease).

Bacteroides fragilis has evolved to produce a molecule that tricks the immune system into activating Treg cells in the gut, but in this case, Mazmanian says, "the purpose is to keep the cells from attacking the bugs. Beautiful, right?"

In their Science paper, Mazmanian and colleagues describe the entire molecular pathway that produces this effect. It starts with the bacteria producing a complex sugar molecule called polysaccharide A (PSA). PSA is sensed by particular receptors, known as Toll-like receptors, on the surfaces of Treg cells, thus activating those cells specifically. In response, Treg cells suppress yet another type of cell, the T helper 17 (Th17) cells. Normally, Th17 cells induce pro-inflammatory responses—those that would result, for example, in the elimination of foreign bacteria or other pathogens from the body. By shutting those cells down, B. fragilis gets a free pass to colonize the gut. "Up until now, we have thought that triggering of Toll-like receptors resulted solely in the induction of pathways that eliminate bacteria," says Round. "However, our studies suggest that multiple yet undiscovered host pathways allow us to coexist with our microbial partners."

When Mazmanian and his colleagues blocked this mechanism—by removing the PSA molecule, by removing the Toll-like receptor for PSA, or by eliminating the Treg cells themselves—the bacteria were attacked by the immune system and expelled. "They can no longer co-opt the immune system into inducing an anti-inflammatory response, so the formerly benign bacterium now looks like a pathogen," he says, "although the bug itself is exactly the same."

"Our immune system arose in the face of commensal colonization and thus likely evolved specialized molecules to recognize good bacteria," says Round. Mazmanian suspects that genetic mutations in these pathways could be responsible for certain types of immune disorders, including inflammatory bowel disease: "The question is, do patients get sick because they are rejecting bacteria they shouldn't reject?"

On a more philosophical level, Mazmanian says, the findings suggest that our concept of "self" should be broadened to include our many trillions of microbial residents. "These bacteria live inside us for our entire lives, and they've evolved to look and act like us, as part of us," he says. "As far as our immune system is concerned, the molecules made by gut bacteria should be tolerated similarly to our own molecules. Except in this case, the bacteria 'teaches' us to tolerate them, for both our benefit and theirs."

The other coauthors on the paper, "The Toll-like receptor 2 pathway establishes colonization by a commensal of the human microbiota," are S. Melanie Lee, Jennifer Li, and Gloria Tran of Caltech; Bana Jabri of the University of Chicago; and Talal A. Chatila of the David Geffen School of Medicine at UCLA. June L. Round was supported by a Jane Coffin Childs Memorial Fund postdoctoral fellowship. The work was supported by the National Institutes of Health, the Damon Runyon Cancer Research Foundation, and the Crohn's and Colitis Foundation of America. 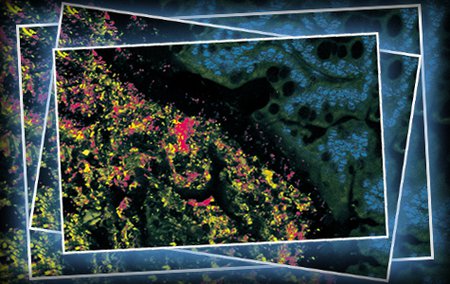 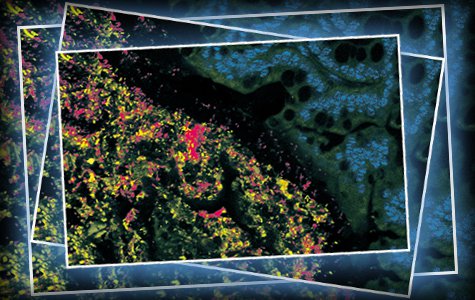