What if we could program living cells to do what we would like them to do in the body? Having such control—a major goal of synthetic biology—could allow for the development of cell-based therapies that might one day replace traditional drugs for diseases such as cancer. In order to reach this long-term goal, however, scientists must first learn to program many of the key things that cells do, such as communicate with one another, change their fate to become a particular cell type, and remember the chemical signals they have encountered.

Now a team of researchers led by Caltech biologists Michael Elowitz, Lacramioara Bintu, and John Yong (PhD '15) have taken an important step toward being able to program that kind of cellular memory using tools that cells have evolved naturally. By combining synthetic biology approaches with time-lapse movies that track the behaviors of individual cells, they determined how four members of a class of proteins known as chromatin regulators establish and control a cell's ability to maintain a particular state of gene expression—to remember it—even once the signal that established that state is gone.

The researchers reported their findings in the February 12 issue of the journal Science.

"We took some of the most important chromatin regulators for a test-drive to understand not just how they are used naturally, but also what special capabilities each one provides," says Elowitz, a professor of biology and bioengineering at Caltech and an investigator with the Howard Hughes Medical Institute (HHMI). "We're playing with them to find out what we can get them to do for us."

Rather than relying on a single protein to program all "memories" of gene expression, animal cells use hundreds of different chromatin regulators. These proteins each do basically the same thing—they modify a region of DNA to alter gene expression. That raises the question, why does the cell need all of these different chromatin regulators? Either there is a lot of redundancy built into the system or each regulator actually does something unique. And if the latter is the case, synthetic biologists would like to know how best to use these regulators as tools—how to select the ideal protein to achieve a certain effect or a specific type of cellular memory.

Looking for answers, the researchers turned to an approach that Elowitz calls "build to understand." Rather than starting with a complex process and trying to pick apart its component pieces, the researchers build the targeted biological system in cells from the bottom up, giving themselves a chance to actually watch what happens with each change they introduce.

In this case, that meant sticking different chromatin regulators—four gene-silencing proteins—down onto a specific section of DNA and seeing how each behaved. In order to do that the researchers engineered cells so that adding a small molecule would cause one of the gene-silencing regulators to bind to DNA near a particular gene that codes for a fluorescent protein. By tracking fluorescence in individual cells, the researchers could readily determine whether the regulator had turned off the gene. The researchers could also release the regulator from the DNA and see how long the gene remembered its effect.

Although there are hundreds of chromatin regulators, they can be categorized into about a dozen broader classes. For this study, the researchers tested regulators from four biochemically diverse classes.

"We tried a variety to see if different ones give you different types of behavior," explains Bintu. "It turns out they do."

For a month at a time, the researchers used microscopy or flow cytometry to observe the living cells, using cell-tracking software that they wrote and time-lapse movies to watch individual cells grow and divide. In some cases, after a regulator was released, the cells and their daughter cells remained dark for days and then lit back up, indicating that they remembered the modification transiently. In other cases, the cells never lit back up, indicating more permanent memory.

That led the researchers to the surprising finding that the regulators control not the level or degree of expression of a particular gene in an individual cell, but rather how many cells in a population have that gene on or off.

"You're controlling the probability that something is on or off," says Elowitz. "We think that this is something that's very useful generally in a multicellular organism—that in many cases, the organism may want to tell cells, 'I just want 30 percent of you to differentiate. You don't all need to do it.' This chromatin regulation system seems ready-made for orders like those."

In addition, the researchers found that the type of memory imparted by each of the four chromatin regulators was different. One produced permanent memory, turning off the gene and putting a fraction of cells into a coma for the full 30 days. One yielded short-term memory, with the cells immediately waking up. "The really interesting thing we found is that some of the regulators give this type of hybrid memory where some of the cells awaken while a fraction of the cells remain in a deep coma," says Bintu. "How many are in the coma depends on how long you gave the signal—how long the chromatin regulator stayed attached."

Going forward, the group plans to study additional chromatin regulators in the same manner, developing a better sense of the many ways they are used in the cell and also how they might work in combination. In the longer term they want to put these proteins together with other cellular components and begin programming more complex developmental behavior in synthetic circuits.

"This is a step toward realizing this emerging vision of programmable cell-based therapies," says Elowitz. "But we are also answering more basic research questions. We see these as two sides of the same coin. We're not going to be able to program cells effectively until we understand what capabilities their core pathways provide. "

Additional Caltech authors on the paper, "Dynamics of epigenetic regulation at the single-cell level," include Yaron E. Antebi and Kayla McCue (BS '15). Yasuhiro Kazuki, Narumi Uno, and Mitsuo Oshimura of Tottori University in Japan are also coauthors. The work was supported by the Defense Advanced Research Projects Agency, the Human Frontier Science Program, the Jane Coffin Childs Memorial Fund for Medical Research, the Beckman Institute at Caltech, the Burroughs Wellcome Fund, and HHMI. 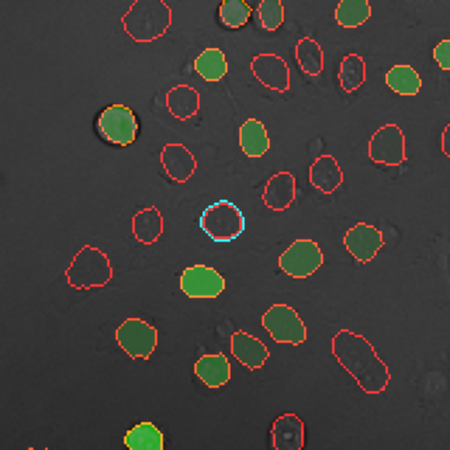 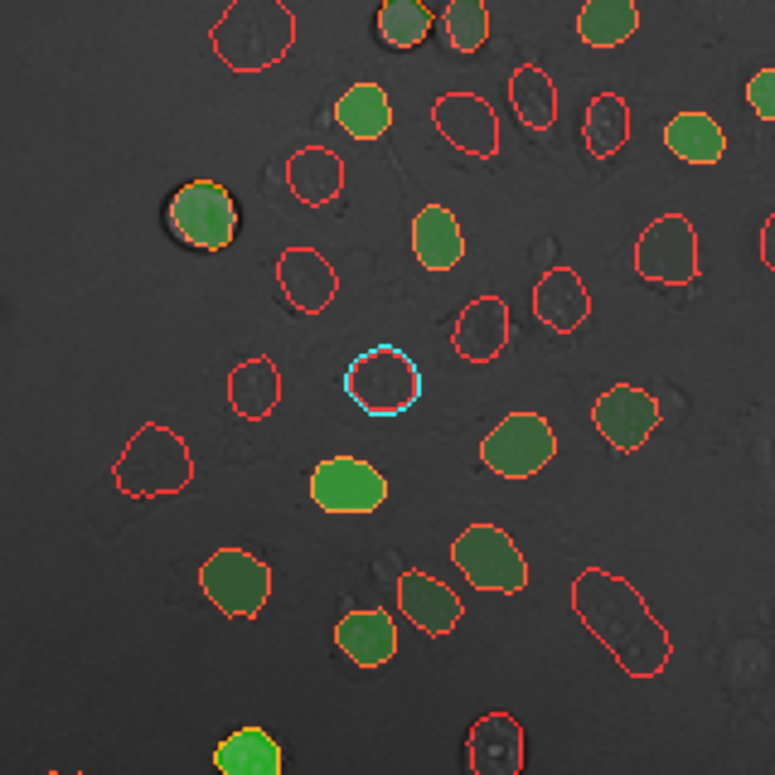 This image shows how individual cells respond to recruitment of EED, one of four chromatin regulators tested by the group that silence, or turn off, gene expression. The targeted gene codes for a fluorescent protein. Cells with active genes appear green. EED recruitment leads to complete silencing in all cells. However, the delay before silencing varies widely between individual cells, leading to the "salt-and-pepper" expression pattern seen at this intermediate time point.
Credit: L. Bintu, J. Yong, and M.B. Elowitz / Caltech
Download Full Image
Subscribe
The Caltech Weekly