Learning the Language of the Laboratory

In any of the leading research institutions, scientists and engineers from all over the world work together on joint research projects. Although basic scientific concepts and mathematical formulas are typically universally understood, field-specific terminology is not always the same in every language. Through her course, French Conversation (L175), Christiane Orcel, lecturer in French, tries to break down language barrier for students and postdocs who work and study abroad in French-speaking countries.

Orcel, who also teaches several other traditional French classes, came up with the idea for the course after hearing about Caltech students who were interested in studying abroad through the Institute's exchange program with École Polytechnique—one of France's elite schools near Paris—but were nervous about having to take courses exclusively in French.

Although Orcel is not a scientist herself, she chose to teach the course much like a science class would be taught in a French-speaking country. Each meeting of L175 has a topical theme loosely based on the major study area of one of her students. For example, if a biology student is enrolled, she might focus one class session on genetics; if a physics major is in the class, the focus could be particle physics. For each subject area, she finds a speaker—a French-speaking scientist, usually from Caltech or JPL—to give a 30-minute presentation about his or her research in French, followed by questions from the students, also in French. Afterward, the students discuss a previously assigned science article from Pour la Science or CNRS le Journal (the equivalents to Scientific American), and review any unfamiliar vocabulary terms they encountered in their reading.

"The article I select for each class is related to the topic that the speaker will present that day, and it really helps the students prepare for some of the vocabulary they'll hear in the talk. The speakers come only for about 35 to 40 minutes, and after they leave we discuss the article to expand the conversation for the rest of the 90-minute class," she says.

Because she chooses the invited speakers based on their work's relevance to the students' majors, Orcel says the students themselves can also help to explain—in French—some of the more technical concepts from the article to their peers in different majors.

Over the years, Orcel says that she has experienced a steady level of interest in the course, with some students wanting to enroll more than once. To accommodate these students, she finds all new articles and all new speakers for each term that the course is taught. Senior mechanical engineering major Edward Fouad is now taking the course for the third time. "It's enjoyable to repeat the class because the speakers are always different and there is always more to learn," he says. "But I think the most enjoyable part of the class is giving a presentation on my own research to the class, which allows me to learn technical vocabulary related to my own field at a much higher level."

Although the course targets undergraduates who are planning to enroll in the École Polytechnique Scholars Program in the fall term of their senior year at Caltech, it is also open to graduate students enrolled in the Caltech dual master's degree program with École Polytechnique, SURF students who will be spending their summer doing research at CERN, as well as postdocs and other scientists who are simply wanting to prepare for research experiences abroad.

"Science and engineering are becoming increasingly multinational," agrees Fouad, "and it's important that researchers from different parts of the world are able to effectively communicate their ideas with one another."

The course was designed to help students with their French language skills, but Orcel says that some students have reported that its scientific content has had an impact on their academic and career plans. "The class is so small, usually 6 to 10 students, so it's really a great opportunity for networking and getting to know these Caltech and JPL scientists," she says. "It's also such a multidisciplinary course that it provides students with an opportunity to meet people and to be exposed to research topics that they wouldn't necessarily have considered before. I've even had some students say they wanted to continue learning more about a topic they first heard of in class, so they picked up a second major."

Because of the course's distinctive nature and success at Caltech, Orcel was asked to speak about it at a conference hosted last October by the American Physical Society in a session on education and new teaching techniques.

"I don't think there are any other courses like L175 in the United States, so at the conference, a lot of faculty members from other schools came up to me and expressed an interest in adding such a course to their curriculum, but they were concerned about the availability of teaching staff. And that's the problem," she says. "I understand that many language professors might feel uncomfortable teaching a course with so much technical content, but I enjoy it, and I hope that in the future others will try it out." 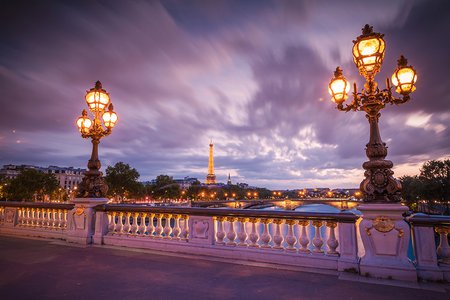 A view of the Eiffel Tower as seen from the Pont Alexandre III Bridge in Paris, France Credit: Shutterstock
Image Lightbox 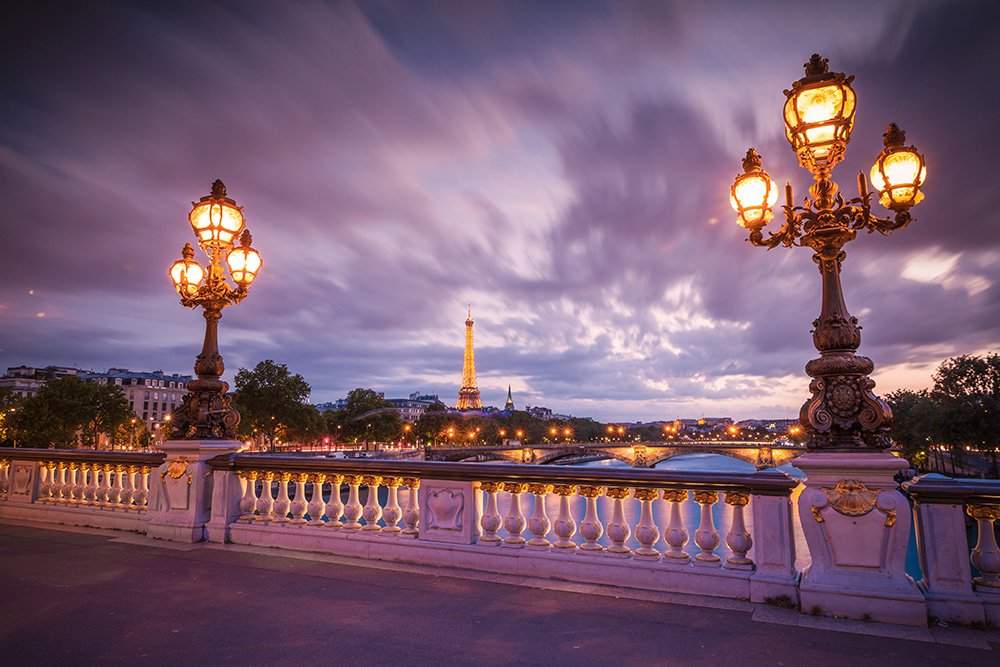 A view of the Eiffel Tower as seen from the Pont Alexandre III Bridge in Paris, France
Credit: Shutterstock
Download Full Image
Subscribe
The Caltech Weekly