Caltech engineers have improved a technique for taking three-dimensional (3-D) microscopic images of tissue, allowing them to see inside living creatures with greater precision than before.

The technology, called 3-D photoacoustic microscopy (PAM), bombards tissue with a laser beam. As the energy in the laser light is absorbed, it causes the tissue to vibrate ultrasonically. Those vibrations are picked up by sensors and used to assemble an image of the tissue's internal structures in a process similar to ultrasound imaging.

One constraint of the technology to this point has been its limited depth of field—the range at which objects are in focus. This phenomenon would be familiar to anyone who has used a camera. When the camera is focused on a nearby object, objects in the background will be blurry. When the camera is focused on something in the distance, nearby objects are blurry.

While such blurring can add an artsy flair on Instagram, it is not desirable in 3-D medical imaging, so Wang and his team set out to tweak their technology to minimize the effect. In a paper published in the October 3 issue of Nature Communications, they describe a modified form of the technology they're calling spatially invariant resolution photoacoustic microscopy, or SIR-PAM.

SIR-PAM builds on previous PAM technology by pre-processing the laser beam with a specialized optical chip found in certain types of TVs and projectors. The chip splits the beam in two, and each of those beams bombards the object to be imaged from a different angle.

When the beams cross inside the object, they create precise interference patterns that provide acoustic signatures needed to construct a clear 3-D image of internal structures throughout the scanned area.

These modifications give SIR-PAM a depth of field 32 times larger than what PAM could achieve while also improving its resolution to as small as 90 nanometers (1/1000th the width of a human hair).

"This gives us the ability to look through opaque materials and see what's inside," Wang says. "It's like an extension of the human eye, like Superman's X-ray vision."

"Photoacoustics is unique," he says. "It can be scaled to image everything from structures inside a cell all the way up to an entire organism, affording an unprecedented opportunity for omniscale biological research with consistent imaging contrast." 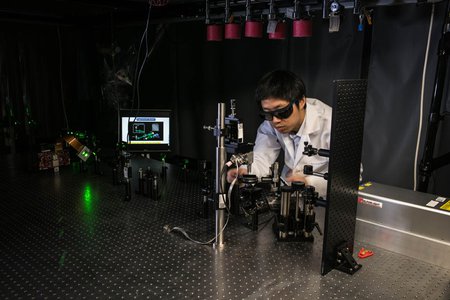 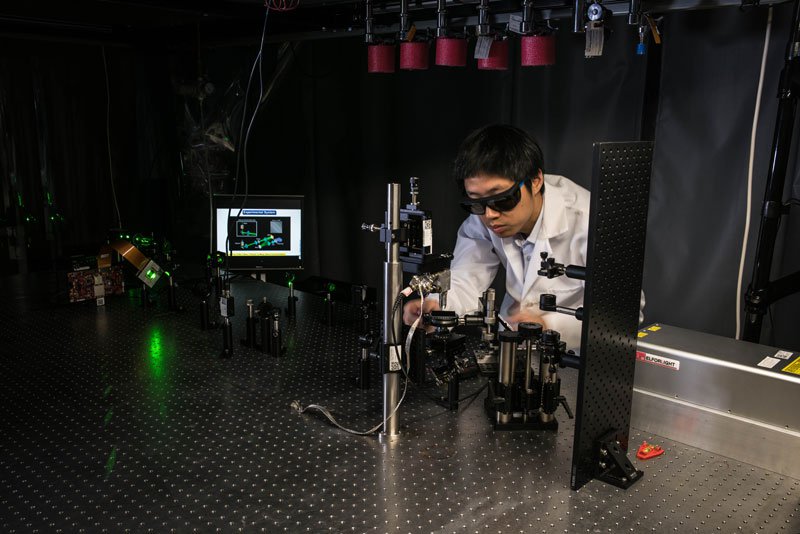