When Carl Larson (BS '52) and his wife, Shirley, endowed a leadership chair for Caltech's provost, they added an extra bonus linked to the Institute's legacy: a signed first-edition copy of the autobiography of Nobel laureate and Caltech cofounder Robert Andrews Millikan and a wooden stand, handcrafted by Carl, to hold the book.

The Carl and Shirley Larson Provostial Chair was created with initial contributions from the Larsons that they may further augment over time. The endowment will provide a source of flexible funding that Edward M. Stolper, the first holder of the chair, and his successors can use at their discretion to quickly address emerging priorities and seize opportunities that will help move the Institute's research and educational programs forward.

"The Larsons have been longtime, loyal, and indeed remarkable friends to Caltech and to me personally," says Provost Stolper, who is also the William E. Leonhard Professor of Geology. "They have known most of Caltech's presidents and provosts, and they believe strongly that unrestricted philanthropy stimulates creativity among Caltech's faculty and students. Their support of Caltech and their belief in the distinctive role that the Institute can and must play in education and research has been unwavering and inspirational. Their generosity in establishing this chair will make a big difference in the effectiveness of all Caltech's provosts as stewards of the Institute's academic priorities and will give Caltech a competitive edge for generations to come."

The Larsons found their inspiration to establish the endowment in the Institute's emphasis on basic research and their own confidence in Caltech's academic leaders. "The focus for us is to further basic science," Carl says. "Fundamental knowledge can lead to applications we can't even dream of today."

He continues, "Knowing Ed Stolper, knowing the people at Caltech, we have complete trust. Our goal with this gift is to give them the freedom to be effective. This is the way we get the most out of our money, and that's a win-win situation."

The Larsons' trust in Caltech's distinctive approach to research and education is grounded in a history of volunteer leadership at the Institute that spans decades.

The couple served on the leadership committee for the "There's Only One. Caltech" fundraising campaign, which ran from 2002 to 2008 and garnered $1.4 billion. Shirley has been a member of the Athenaeum House Committee, and helped spearhead a comprehensive renovation of the historic facility. Carl has served as a member of the Alumni Association board, as president of the Caltech Associates, and as chair of the board for Caltech's signature Summer Undergraduate Research Fellowship program, which introduces young scholars to the rigors of research under the guidance of faculty mentors.

Carl's long and varied career found him working in advertising and marketing at Versatec from 1974 until his retirement as vice president of the company in 1987. Before that, he was at the electronics firm Varian Associates from 1956 to 1974, where he switched tracks from engineering to marketing. He previously served four years in the U.S. Air Force following his graduation from Caltech with a degree in mechanical engineering. Carl's military duties took him first to the University of Washington—where his fundamental Caltech education made learning advanced meteorological concepts "a breeze"—and then to Asia, where he was charged with predicting the weather for pilots taking to the skies in Korea, Japan, and Taiwan.

While an undergraduate at the Institute, he had the opportunity to meet Robert Andrews Millikan, who was retired but still active on campus. Carl's student jobs included serving on the resident house staff of Caltech President Lee DuBridge and first lady Doris DuBridge and waiting tables at the Athenaeum. In the latter capacity, he occasionally served the Millikans during their traditional Sunday evening supper. So, when Millikan's autobiography came out in 1950, young Carl picked up a copy at the Caltech bookstore for about $2 and made an appointment to have it autographed, and after decades in the Larsons' personal library, the book has returned to campus as a permanent part of the Caltech provost's collection.

Carl believes that the chapters describing Millikan's years at Caltech go a long way toward explaining the unique character the Institute retains more than 90 years later.

"His idea, along with those of [George Ellery] Hale and [Arthur Amos] Noyes, was to create a place where the best fundamental research could be conducted and taught," Carl says. "They didn't want to just establish a new university. They wanted to make something different.

"In a sense, they created the DNA of Caltech. The proof that their actions were wise is the way the Institute has followed their mandate, and is where it is today."

The Larsons join a cadre of donors who have given generously to create leadership chairs that provide funding for the president, provost, and division chairs to use at their discretion. Caltech's other leadership chairs are the Sonja and William Davidow Presidential Chair; the Otis Booth Leadership Chair in the Division of Engineering and Applied Science; and the William K. Bowes Jr. Leadership Chair in the Division of Biology and Biological Engineering. 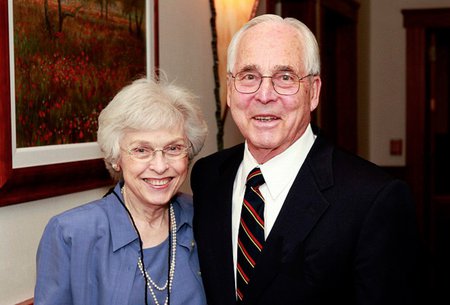 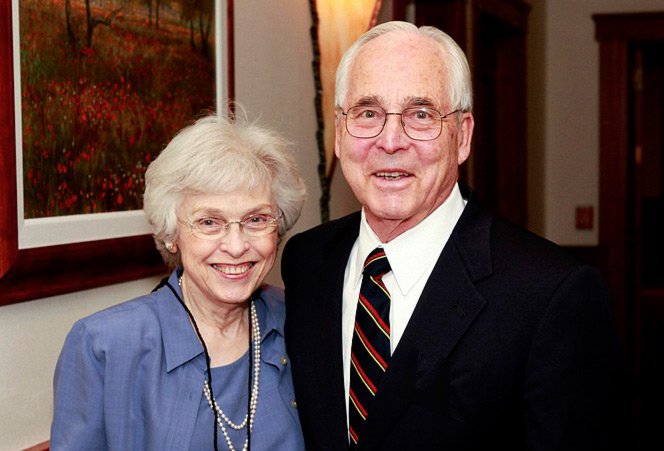