Knowing When to Fold 'Em

Electrical engineer Azita Emami is an expert in the 21st century technology of analog and digital circuits for computers, sensors, and other applications, so when she came to Caltech in 2007, she never imagined that she would be incorporating in her research an art form that originated centuries ago. But origami—the Japanese art of paper folding—could play a critical role in her project to design an artificial retina, which may one day help thousands of blind and visually impaired people regain their vision.

Retinal implants are designed to bypass the photoreceptors in the retina that have been damaged by diseases such as retinitis pigmentosa (RP) and age-related macular degeneration (AMD). About four years before Emami arrived at the Institute, Caltech investigators began working on a retinal implant through USC's Biomimetic Microelectronic Systems–Engineering Research Center, funded by the National Science Foundation (NSF). The basic idea is to use a miniature camera mounted on a pair of eyeglasses to capture images, then process the images and send the digital information wirelessly to an implantable microchip. The microchip generates electrical currents for stimulation, and a tiny cable carries the currents to an electrode array attached to the patient's retina. The electrodes stimulate cells in the eye, which transmit signals through the optic nerve to the part of the brain that creates a picture.

The center's director, Mark Humayun, an ophthalmologist at USC's Doheny Eye Institute and a pioneer in artificial-retina surgery, has implanted such a device in several completely blind patients suffering from end-stage RP, restoring some of their vision. The 60-electrode array allows these patients to see light as well as low-resolution representations of objects and enlarged letters.

Hundreds of thousands of people who suffer from AMD, however, are able to see at least that much on their own and thus would derive no benefit from the array. To create an artificial retina that could help these people, Humayun needed a better chip and an array that had more electrodes to stimulate more cells in the eye. At the suggestion of Caltech professor of electrical engineering and mechanical engineering Yu-Chong Tai, who had worked with Humayun on packaging and integration of the retinal implants, Emami, an assistant professor of electrical engineering and an expert in building ultralow-power circuits, joined the team to focus on the next generation retinal implants.

Emami's lab recently developed just such a chip, which supports 512 electrodes and is extendable to 1024 electrodes if two chips are used. The chip has wireless capabilities for power and data telemetry and can fit inside the eyeball, eliminating the need for the infection-prone cable used in the earlier system. The design also features many novel techniques for reducing size and power. Reducing the power consumption is critical for wireless power delivery and to avoid tissue damage due to the heat generated by the chip. Humayun will soon test the chip on subjects to see exactly how much of their vision is restored.

But even that electrode-rich array won't solve two of the biggest challenges of the technology: creating a device that requires only a minimally invasive incision to implant, and one that also conforms to the shape of the eye. The original electrode array was mounted on a relatively flat substrate that required a large surgical incision for implantation. It could only be tacked onto one spot on the retina to avoid damaging the neurons—which meant that it pulled away at the loose end. And that also meant that some of the electrodes would be completely ineffective while others needed a greater current from the chip to properly stimulate retinal cells, leading to high power consumption.

Emami, Humayun, and Tai realized that a flexible substrate that could be folded up, origami-style, before implantation and then opened up to a curved shape once inside would need only a minimally invasive incision to be slid into place. Instead of one large chip, many smaller chips distributed over the substrate and between the folds would remove the need for the cable and lead to better reliability and lower cost, Emami says. With a system that conformed to the curve of the eye, the location of the chips and the electrodes could be optimized through the design of the origami structure, precisely matching the parts of the eye to be stimulated.

To create such a design, Emami recruited Caltech alum Robert Lang (BS '82, PhD '86), one of the world's leading origami experts. Lang, who has practiced origami for more than 40 years, is known for developing mathematical equations to enable the construction of highly complex origami designs. Over the summer, Emami received an NSF grant to build the first prototype of an origami implant that will fit inside the eye and match the contour of the retina.

"I'm used to working with paper that starts out as no smaller than two inches square," Lang says. This new creation, however, will be less than one quarter that size, will be made out of plastic, and will have to deploy perfectly after surgical implantation.

Assisting Lang in the design is Sergio Pellegrino, the Joyce and Kent Kresa Professor of Aeronautics and professor of civil engineering and a senior research scientist at JPL. Pellegrino is an expert at developing origami-like structures, but on a giant scale: he devises lightweight expandable structures for use on spacecraft—such as foldable booms that serve as antenna and deployable masts.

The ability to translate these sorts of very large designs to something that can be unobtrusively inserted and then unfolded in the eye "is a matter of scaling, and that's an engineering principle. It is what engineers do," says Ares Rosakis, chair of the division of engineering and applied science. "The difference is that at Caltech we also invent and scale our own inventions: we invent something for X and we use it for Y. So someone like Pellegrino can invent something for space and then have fantastic successes by scaling it for use in medical engineering."

While Pellegrino and Lang work on the origami, Emami will continue working on the chip. By the end of next year they hope to show in animal models that an origami substrate can be inserted inside the eye, unfolded, and held in place by either retinal tacks or a less invasive method, also using origami. Soon after, they hope to have a foldable artificial retina that can be tested on a patient.

Once perfected, Emami thinks that the new retinal implant technology could be applied to other medical applications, such as neural implants that are being developed to help paralyzed people regain movement. "Our origami approach is fundamentally different and can lead to a new area in engineering with a great impact for neuroscience and biomedical devices," Emami says. "We may be able to benefit many people." 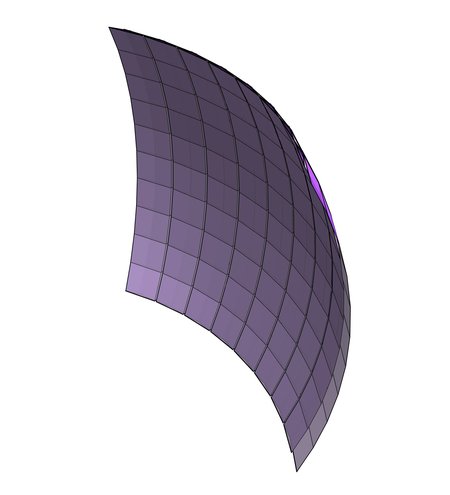 An early origami design of a retinal implant substrate by Robert Lang. 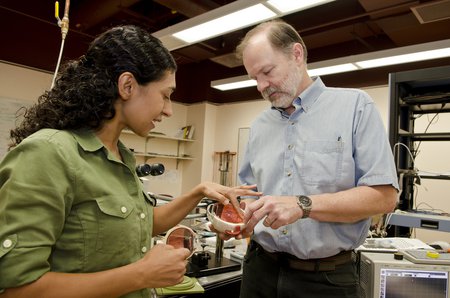 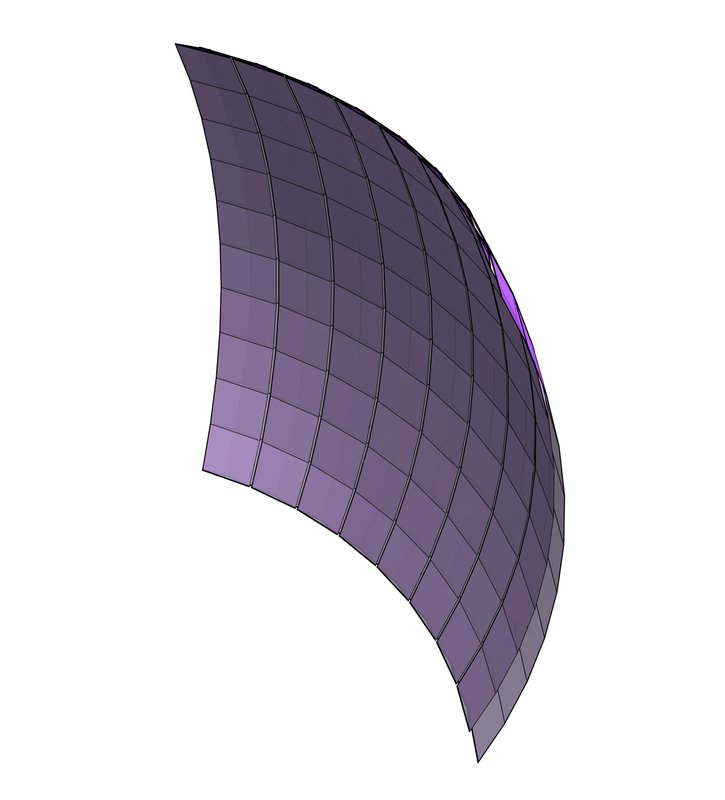 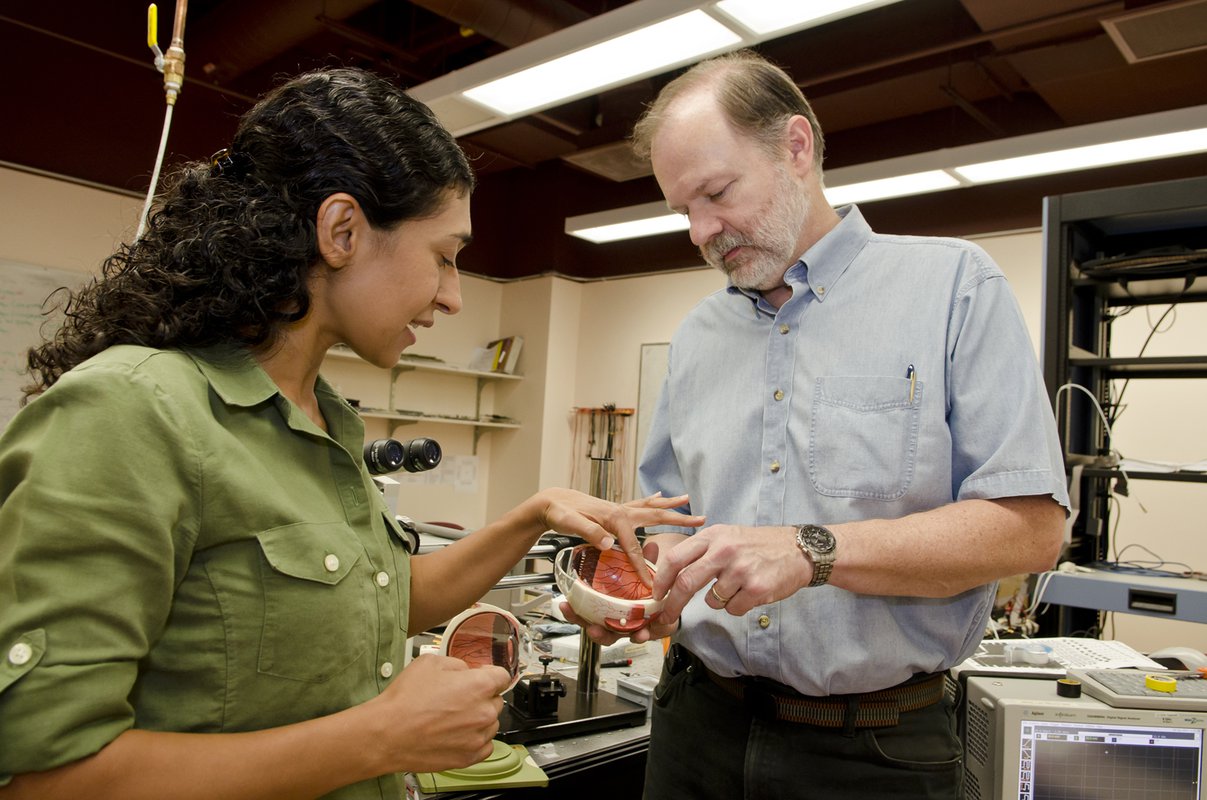