InSight's two-year mission will be to study the deep interior of Mars to learn how all celestial bodies with rocky surfaces, including Earth and the moon, formed.

InSight launched from Vandenberg Air Force Base in California May 5. The lander touched down Monday, Nov. 26, near Mars' equator on the western side of a flat, smooth expanse of lava called Elysium Planitia, with a signal affirming a completed landing sequence at 11:52:59 a.m. PST (2:52:59 p.m. EST).

"Today, we successfully landed on Mars for the eighth time in human history," said NASA Administrator Jim Bridenstine. "InSight will study the interior of Mars and will teach us valuable science as we prepare to send astronauts to the Moon and later to Mars. This accomplishment represents the ingenuity of America and our international partners, and it serves as a testament to the dedication and perseverance of our team. The best of NASA is yet to come, and it is coming soon."

The landing signal was relayed to the Jet Propulsion Laboratory, which Caltech manages for NASA, via NASA's two small experimental Mars Cube One (MarCO) CubeSats, which launched on the same rocket as InSight and followed the lander to Mars.

"Every Mars landing is daunting, but now with InSight safely on the surface we get to do a unique kind of science on Mars," said JPL director Michael Watkins. 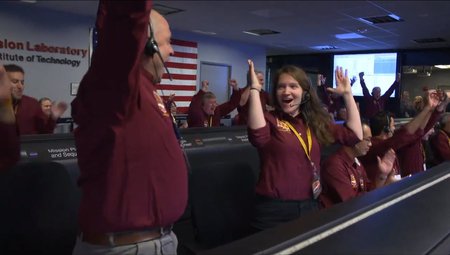 The InSight team reacts after receiving confirmation that the spacecraft successfully touched down on the surface of Mars. Credit: NASA/JPL-Caltech
Image Lightbox 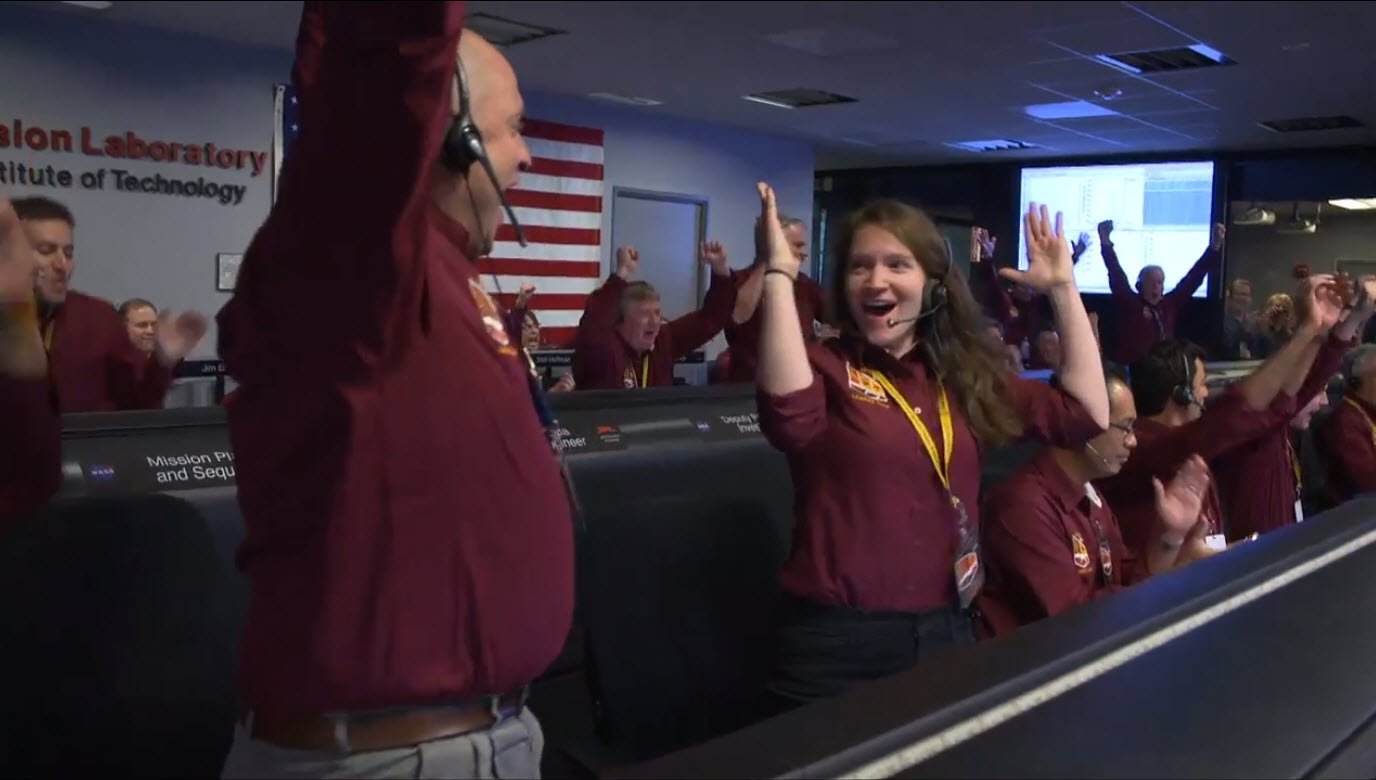 The InSight team reacts after receiving confirmation that the spacecraft successfully touched down on the surface of Mars.
Credit: NASA/JPL-Caltech
Download Full Image
Subscribe
The Caltech Weekly