On Monday, April 27, the Department of Energy (DOE) announced a five-year, $75 million renewal of the Joint Center for Artificial Photosynthesis (JCAP). JCAP's mission is to explore the science and technology of artificial photosynthesis to harness solar energy for the production of fuel.

JCAP is the nation's largest research program dedicated to the development of an artificial solar-fuel generation technology. Established in 2010 as a DOE Energy Innovation Hub, JCAP aims to create a low-cost generator to make fuel from sunlight 10 times more efficiently than plants. Such a breakthrough would have the potential to reduce our country's dependence on oil and enhance energy security.

The Hub is directed by Caltech, but it has its primary sites both at Lawrence Berkeley National Laboratory (LBNL) and at Caltech. JCAP brings together more than 150 scientists and engineers from Caltech and LBNL, and also draws on the expertise and capabilities of key partners at UC Irvine, UC San Diego, and the SLAC National Accelerator Laboratory at Stanford.

The funding renewal announcement was made at LBNL by Franklin Orr, under secretary for science and energy at DOE.

"JCAP's work to produce fuels from sunlight and carbon dioxide holds the promise of a potentially revolutionary technology that would put America on the path to a low-carbon economy," said Orr in a DOE press release. "While the scientific challenges of producing such fuels are considerable," the released noted, "JCAP will capitalize on state-of-the-art capabilities developed during its initial five years of research, including sophisticated characterization tools and unique automated high-throughput experimentation that can quickly make and screen large libraries of materials to identify components for artificial photosynthesis systems."

"We are honored and delighted to receive renewed support from the Department of Energy for JCAP," says JCAP director Harry A. Atwater, Howard Hughes Professor of Applied Physics and Materials Science at Caltech. "Thanks to this renewal, JCAP will continue to push the scientific frontiers of artificial photosynthesis, with an emphasis on selective carbon dioxide reduction under mild temperature and pressure conditions. Carbon dioxide reduction is at the core of natural photosynthesis, and understanding the science and technology of this reaction is also central to society's efforts to mitigate carbon dioxide emission. It is an enormous challenge, but just the sort of problem that is worthy of sustained scientific investment. We are excited for the work ahead."

In its first five years of research, JCAP has made significant advances in a number of areas, including the automated and rapid discovery and characterization of new catalysts and light absorbers, the development of techniques for protecting the light-absorbing components in solar-fuels generators, and the creation of experimental protocols for objective evaluations of the activity and stability of materials. All of these technologies are critical to the development of solar-driven water splitting and the reduction of carbon dioxide to produce fuel. 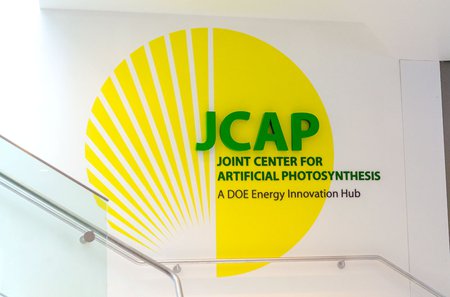 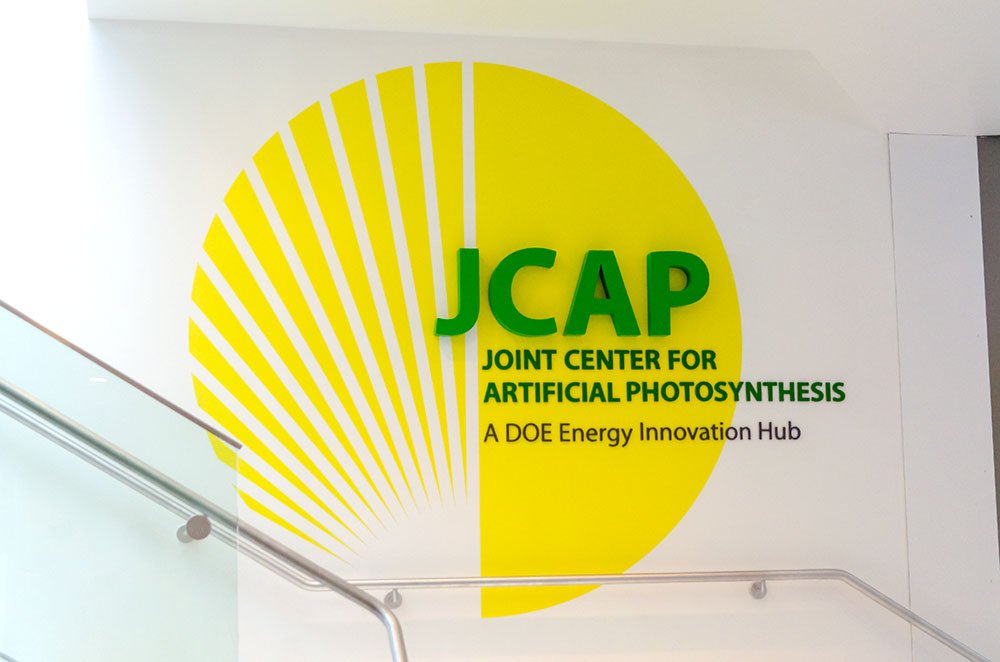