Innovations in the Air

Sure, Google's driverless car is pretty cool. But according to key leaders in the aerospace industry, much of the world's most innovative work is happening not in Silicon Valley but in the laboratories at their companies, where researchers are expanding the boundaries of everything from space travel to deep-sea exploration.

At the "Innovation in Aerospace" forum held at Caltech on Friday, January 22—part of the Idea 2 Innovation series cosponsored by Innovate Pasadena and Caltech—three of the aerospace industry's biggest companies discussed some of their most exciting new ventures. Northrop Grumman's Starshade project could help find life on other planets. Boeing's new unmanned Echo Seeker submarine is capable of diving 20,000 feet below sea level. Lockheed Martin's new imaging technology could radically shrink the size of space telescopes, making it far more efficient to send them deep into space.

Executives from each of the three companies, along with a representative from the start-up incubator Starburst Accelerator, were guided by moderator Andrea Belz (PhD '00), USC Marshall School of Business entrepreneur in residence, in a wide-ranging discussion about aerospace innovation and the quest to invent better models for fostering creative thinking—or, as several panelists put it, "being innovative in how we innovate"—as well as about the challenges of competing for talent with headline-grabbing companies like Google, Facebook, and Uber.

In addition, unlike those companies, innovators in aerospace work in a heavily regulated environment. And in the battle to attract attention and talent, the industry also faces this hurdle: it cannot discuss some of its most innovative work in public because it is often government-funded and top-secret.

That battle to attract and retain new and young talent, the forum's participants said, is critical, because the average age of the aerospace industry's engineers is increasing. Unlike in the days of the Apollo space missions, when much of the industry's workforce was in its 20s, today an estimated half of the industry's engineers are eligible for retirement within the next five years, according to panelist John Tracy, Boeing's chief technology officer.

Much of the discussion centered on ways in which the industry might foster creativity without getting in its way. The panelists acknowledged that large companies like Lockheed Martin, Northrop Grumman, and Boeing face this dilemma not only when nurturing talent internally but also when trying to partner with smaller start-up companies working on cutting-edge technologies.

"The trick is, if you touch the start-up at such a young, nascent stage, you will kill it, you will defeat its potential," Starburst's Espahbodi warned, adding that the goal thus becomes to find the right level of noninvasive partnership that will "help them succeed at arm's length."

The panelists disputed the notion that companies like theirs are too monolithic and bureaucratic to allow individual employees to innovate. Northrop Grumman's Antonsson, a former Caltech professor of mechanical engineering, noted that the company spends more than half a billion dollars annually on research and development.

These resources, he said, give the company freedom to experiment. In fact, Antonsson added, it was just this sort of experimentation by one of the company's small internal research groups that produced the Starshade, a technology that will help researchers look at planets dozens of light-years away—including those possibly hospitable to life—by using a space-traveling shade to block the light from stars near those planets.

Mory Gharib, Caltech's Hans W. Liepmann Professor of Aeronautics and Bioinspired Engineering, director of the Graduate Aerospace Laboratories, and vice provost, says he thought the forum underscored the vital importance of the industry. He notes that while Uber, for instance, is a revolutionary company, its disappearance would not have a particularly dramatic impact on Americans' lives. "But imagine if Boeing disappeared," says Gharib, who delivered opening remarks at the forum.

Guruswami (Ravi) Ravichandran, Caltech's John E. Goode, Jr., Professor of Aerospace and Mechanical Engineering and the Otis Booth Leadership Chair of the Division of Engineering and Applied Science, says the forum was "another example of the exciting and inspiring developments I have been observing in the Southern California aerospace industry over the past several years."

As Ravichandran, who delivered closing remarks, says, the four panel members not only "have the expertise and the knowledge, but they're also able to inspire people through stories." 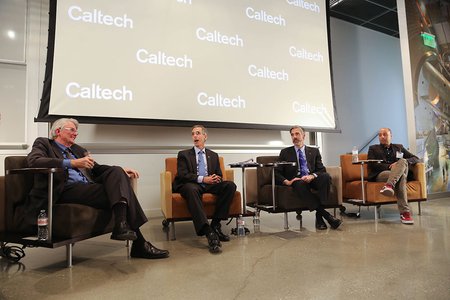 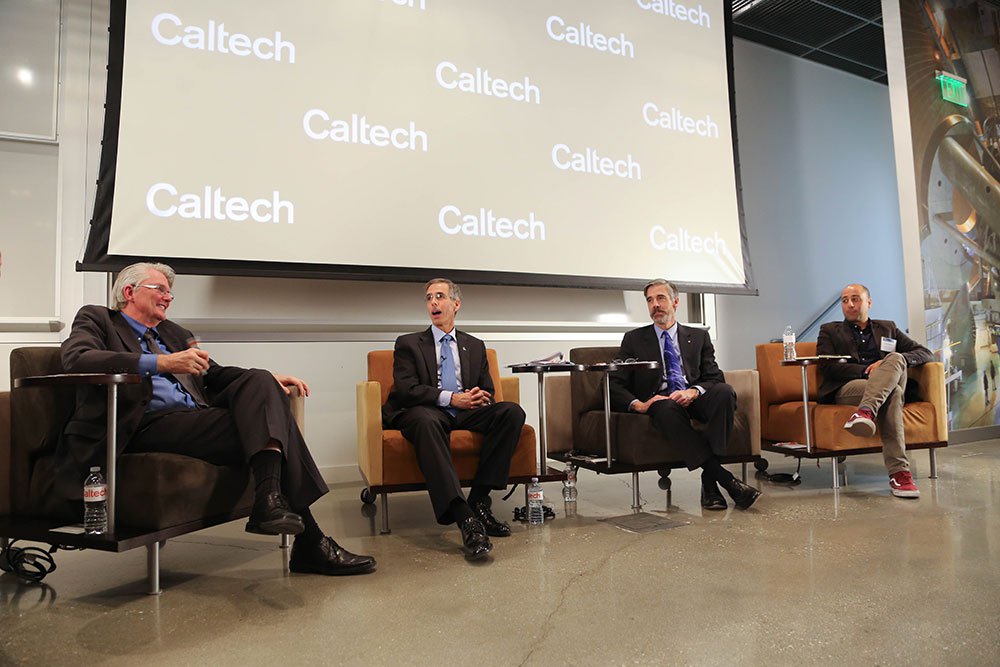 Share this
Related Links
Video from the Event   ＞
See All News   ＞