Images of Antibodies as They Neutralize the COVID-19 Virus

As the COVID-19 pandemic spread across the globe in the first half of 2020, researchers worldwide worked around-the-clock to understand and combat it.

Caltech postdoctoral scholar Christopher Barnes is one of these researchers. In the laboratory of Pamela Björkman, the David Baltimore Professor of Biology and Biological Engineering, Barnes usually studies how the human body produces immune cells and specialized proteins called antibodies that can fight against the countless different strains of HIV. For the last few months, however, he has led the laboratory's COVID-19 research team and refocused the techniques used to study HIV on the novel coronavirus, severe acute respiratory syndrome coronavirus 2 (SARS-CoV-2).

Now, Barnes and his team have captured the first-ever images of antibodies, purified from the blood plasma of people who have recovered from COVID-19, latching onto a key protein on the SARS-CoV-2 virus. In addition, visualization of one exemplary antibody interacting with this protein has allowed the team to identify sites on the virus's surface that are particularly vulnerable to attacks from the immune system. A paper describing this research will be published in the journal Cell and is now available online.

A Detailed Portrait of Antibodies and Virus

The human body can make countless types of antibodies, specialized proteins that target and neutralize viruses or other pathogens. In the same way that a soccer player can use numerous tactics to defend against an opposing player, an antibody can attempt to block a virus in many different ways. Some, however, are more effective than others. When an antibody effectively renders a virus unable to infect cells, it is called "neutralizing."

The team worked with longtime collaborators at Rockefeller University in New York City, which has been a major site of the COVID-19 outbreak in the United States. The laboratory of Michel Nussenzweig, led by research associate Davide Robbiani, took blood samples from people who had recovered from COVID-19. Upon receipt of these plasmas, Barnes and his colleagues aimed to isolate the unique mixture of antibodies in the samples from each person to discover which antibodies were best at fighting off SARS-CoV-2.

To understand where the coronavirus might be vulnerable, it helps to understand what the virus looks like and how it initiates infections. Each individual SARS-CoV-2 virus has large, spiky protein structures on its surface that give it a crown-like appearance, hence the name "coronavirus" ("corona" being the Latin word for crown). A virus uses its so-called spike (S) protein like a grappling hook, to grab onto a human cell and begin its invasion of that cell. An antibody that can block the S protein would thus be highly effective at preventing the virus from infecting cells.

Antibodies can attach to many different regions, or epitopes, of the S protein, leading to greater or lesser neutralization of the virus. As an analogy, if you want to prevent a poisonous snake from biting, you might hold onto it by the tail, which would still allow the snake to strike you, or you might grab it near the head, reducing your chance of being bitten.

To discover which epitopes were the predominant targets for antibody reactions, Barnes and his team took detailed images of the purified patient antibodies as they interacted with the SARS-CoV-2 S protein. The researchers found that the patient antibodies bound to two distinct regions of the S protein, including one region, the so-called receptor binding domain (RBD), that is critical to the protein's ability to connect with the host cell.

"To our knowledge, this is the first time a team has imaged a mixture of antibodies purified from human blood after a viral infection to visualize the targets of those antibodies circulating in the recovered individual," says Barnes.

Barnes then focused on one particular type of antibody that showed a strong ability to neutralize the virus. He first purified a complex composed of the bound-together viral S protein and antibody, and then used a technique called single-particle cryo-electron microscopy to take images of the tangled entities—a process akin to imaging an entire beach while still being able to determine the exact locations of each grain of sand.

The RBD of the S protein can adopt two different orientations, called the "up" and "down" conformations. Barnes and his colleagues obtained the first-ever high-resolution images of a SARS-CoV-2 neutralizing antibody bound to the RBD in its "up" conformation.

Barnes found that the neutralizing antibody grabs onto the S protein's RBD at a position that overlaps with the part of the RBD that would latch onto a host cell; in this way, the antibody effectively blocks the S protein from infecting cells, and neutralizes the virus.

"Vaccines work by giving a person a piece of a pathogen and thereby inducing the body to make antibodies to that pathogen, so that any future infections cannot take hold. So a vaccine needs to be designed in a precise way to induce the human body to produce the most effective types of antibodies possible," explains Barnes. "Knowing which regions on the SARS-CoV-2 virus are particularly vulnerable to antibodies is really important for designing vaccines. And knowing which classes of antibodies are the most effective can help us design better antibody therapies."

"One thing that's particularly interesting about Christopher's structure is that it shows that the antibody, although strongly neutralizing, did not evolve for optimal binding to the SARS-CoV-2 S protein," says Björkman. "This suggests that these types of antibodies might not be hard to induce in a person's body by a vaccine. In addition, it suggests that it should be possible to use protein-engineering techniques to improve such antibodies for use as therapeutics." 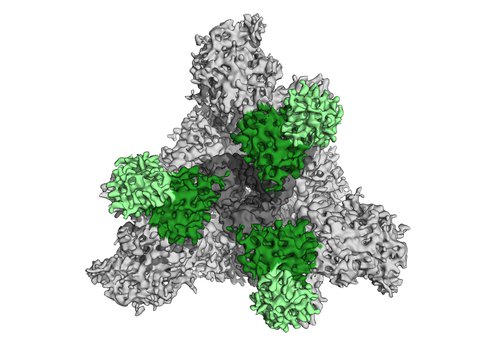 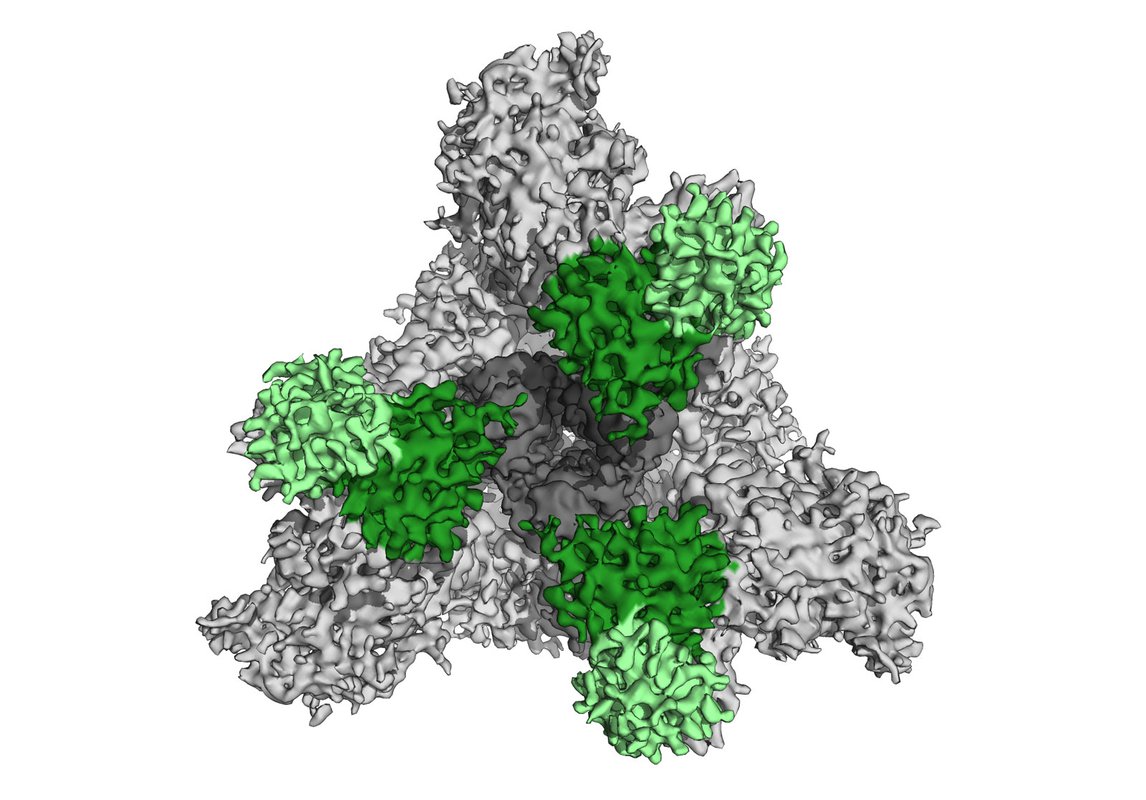 The Intersection of Science and Scientists

The COVID-19 pandemic has lent an urgency to this research, but the work, like all scientific endeavors, does not occur in a vacuum, isolated from other events occurring in the world; nor can scientists completely separate themselves from their experiences, good and bad, in and outside of the lab. Indeed, just as the team's paper was accepted for publication, another serious issue was on the minds of many researchers, including Barnes and his colleagues. On May 25, the death of George Floyd at the hands of Minneapolis police officers sparked national protests against police brutality and systemic racism. For Barnes, it was a difficult reminder of his own struggles with the racism he has faced in the world and in academia.

"I'll tweet about my work someday," Barnes wrote on his Twitter account, a few days after Floyd's death. "But today I choose to tweet about George Floyd, Ahmaud Arbery [a Black man shot and killed in February] and all the other brothers we've lost for no reason at all. #BlackLivesMatter."

"I am a scientist. I am a Black scientist. I've been on university campuses since 2004, and often, I've been the only African-American scientist in my whole building. Until I arrived at Caltech, I never had a Black male mentor that I could go to, to talk about both science and race and culture," Barnes says. "It's a difficult space to navigate when you have to compartmentalize yourself as a person, compartmentalize your emotions. We can't just hire people of color and then tell them to leave their culture, experiences, and humanity at the door. These current events are a perfect illustration of this duality: Having to show joy and excitement to my colleagues over the posting of our paper, while aching with pain and sorrow on the inside from the constant reminder of the racist society in which we as Black people must exist."

"Academia, like all of America, is tainted by the racist structure that underlies everything in our society. As Black scientists, all of our experiences are affected by this and we bear this burden along with the responsibilities expected in our positions. To perform at this high level as a Black scientist requires one to be exceptional, exemplified by the work of Dr. Barnes," says Bil Clemons, professor of biochemistry at Caltech and, like Barnes, also a structural biologist. Clemons was Barnes's mentor upon his arrival to Caltech. In addition to leading his own group, Clemons serves as the chair of the President's Diversity Council at Caltech. "Dr. Barnes' research on HIV was already enough to demonstrate that he is ready for a faculty position. The rapid progress he has made on COVID-19 research, in the face of all our societal troubles, proves that he will be a leader of the next generation of academics."

A few days after Floyd's death, the Caltech Center for Inclusion & Diversity (CCID) hosted a virtual panel during which members of Caltech's African-American and Black community—students, faculty, and staff—shared some of their various experiences with an audience of nearly 1,000 members of the wider Caltech community. Clemons and Barnes both participated. The event was the first in a series of programs and conversations through which the Caltech community will discuss and assess the climate of inclusion.

"Sharing my story was an important first step for starting conversations with my peers, difficult conversations that I hope will continue throughout the years," says Barnes.

Caltech's Chief Diversity Officer, Cindy Weinstein, states: "Belonging is the essential foundation for happiness, creativity, and productivity. With this foundation, individuals and communities can reach their full potential; without it, they cannot. Caltech commits itself to equity, inclusion, and diversity and recognizes that these are the pillars upon which belonging is experienced, built, and sustained."

Indeed, in a memo to the Caltech community on July 6, Caltech's president and academic leadership provided an update on new steps the Institute will take "to ensure that we continuously create and reaffirm a campus in which it is evident, in all that we do, that Black lives matter, that Black minds matter," including increasing funding and programs for building the pipeline of students, postdocs, and faculty of color.

"We strive to become an example of how a diverse and inclusive community, committed to equity, permits individuals to thrive in fulfilling the Institute's mission of forefront research and education," the memo said. 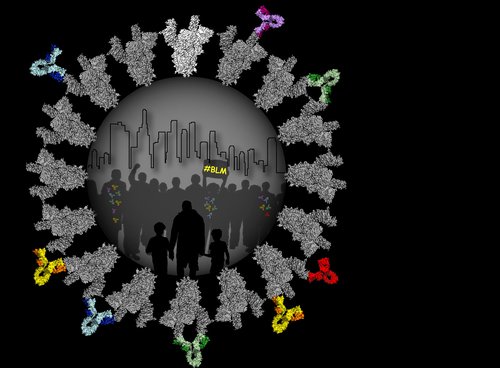 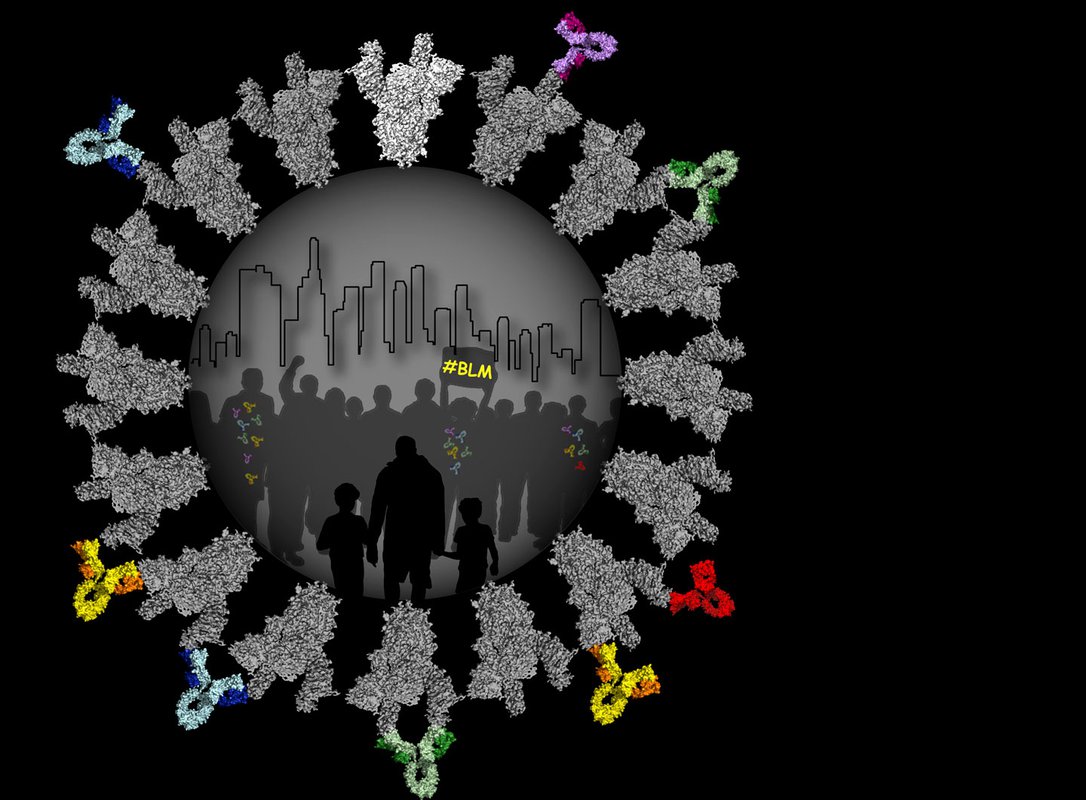 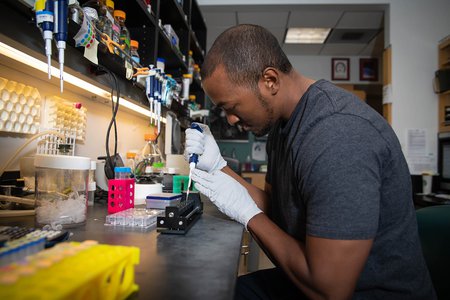