Skip to main content
Home  /  About  /  News  /  How To Study High-Speed Flows: An Interview With Joanna Austin

How To Study High-Speed Flows: An Interview With Joanna Austin

Joanna Austin (MS '98, PhD '03) does not just go with the flow. She picks it apart and analyzes it. One of the newest faculty members in Caltech's Division of Engineering and Applied Science, Austin studies the mechanics involved in compressible flows, those where gases reach such high speeds that the density of a fluid element changes drastically. These flows come into play in problems ranging from the logistics of a spacecraft's entry into a planet's atmosphere to the hows and whys of volcanic eruptions.

To simulate such high-speed, high-temperature conditions, Austin and her colleagues use pistons and explosives in large test tunnels to compress gases. Austin had her first experience with this kind of facility while an undergraduate at the University of Queensland, in her native Australia, where the Centre for Hypersonics houses the T4 shock tunnel. Later, as a graduate student at Caltech, Austin worked in the Explosion Dynamics Laboratory. While an assistant professor at the University of Illinois at Urbana-Champaign, she built another instrument for producing very-high-speed flows, known as the hypervelocity expansion tube (HET). In August 2014, she joined Caltech's faculty as a professor of aerospace. There, she will work with the T5 reflected shock tunnel, the next generation of the T4. She is having the HET transported to campus as well, which will create a full suite of complementary facilities.

We recently spoke with Austin about these tunnels, her research, and the challenges involved in studying high-speed flows.

What made you decide to come back to Caltech?

What it basically comes down to is that it is such an exciting and stimulating place to be, with the faculty, the students, and the facilities that are available. And I've always loved it here, so I was really thrilled to come back.

Your specialty is high-speed flows. What is your focus within that area?

My group investigates flows under conditions where the molecular processes in the gas couple with the fluid mechanics, the dynamics of the flow. That covers a range of topics, including hypervelocity flows. These are flows that are associated with objects—whether manmade or naturally occurring—entering a planet's atmosphere. We have a couple of different facilities for recreating and studying these kinds of flows.

That was another thing that was really exciting about coming back to Caltech—GALCIT already had some existing, fantastic facilities like T5. With the instrument that I built and am bringing from Illinois, the HET, we will have a really unique suite of experimental facilities.

Can you talk more about the T5 and the HET? What do they do?

Essentially what they do is produce a test gas that realistically simulates the flow over an object as it's entering an atmosphere. So if you're interested, for example, in a martian mission, we can make a model of a particular spacecraft configuration, place it in one of these two facilities, and then accelerate the gas to replicate the conditions that the model would actually experience during atmospheric entry.

Then we can make measurements and use various models to understand what happened under those conditions with regard to quantities such as heat flux, which is obviously critical to the survival of the vehicle. But we have just a one-millisecond or less window in which to make all of the measurements that we need.

What other kinds of studies do you conduct?

Another type of experiment we do involves probing the molecules themselves in a flow. So we can nonintrusively determine which molecular species are in the flow and what temperature they are at, and in that way we can inform models of the way those molecules interact.

Earlier, you provided the example of a martian mission. What work are you doing in that field?

For some of the larger vehicles that are being discussed for future Mars missions, we need to have much better models for predicting the heat flux that they will experience. For a smaller-scale vehicle, you might be able to get away with using a more protective, and therefore heavier, heat shield than you actually need. But with a larger vehicle, the mass penalty that you would pay for such a safety factor would be prohibitive. So we need to have better predictive models.

We've started working on that. I think our next step will be applying spectroscopic techniques to actually probe the molecules.

And back on Earth, what kinds of phenomena are you investigating?

We have some projects looking at bubble dynamics and the processes involved when bubbles or arrays of bubbles collapse. These come into play in various medical procedures where pulses generated by lasers selectively remove tissue but can also damage the surrounding tissue and cells.

We've also been looking at explosive volcanic eruptions. Most recently we've been interested in what happens if you send an explosive jet over different topographies, such as the side of Mount St. Helens. With 3-D printing, it's really fun, we can make physical models of the geometries of the different topographies you want to test and then run the experiment over the actual geometries.

Is there a topic within the field that most excites you?

I guess it's the umbrella topic of gas dynamics, and particularly looking at gas dynamics in reacting flows. That's the thing I really love. It's a very challenging, coupled, problem. As the fluid is going through the model that you're studying, you also have to account for the fact that the state of the fluid is changing—the gas is chemically reacting, so it's changing from reactants to products, or it's redistributing its energy states, or both. Understanding how best to model these processes, that's what excites me. 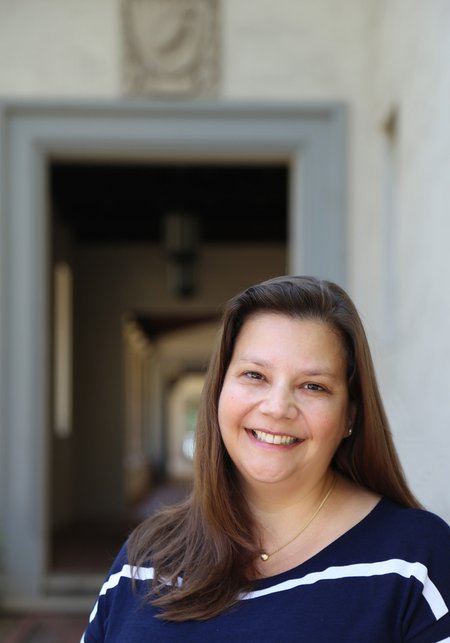 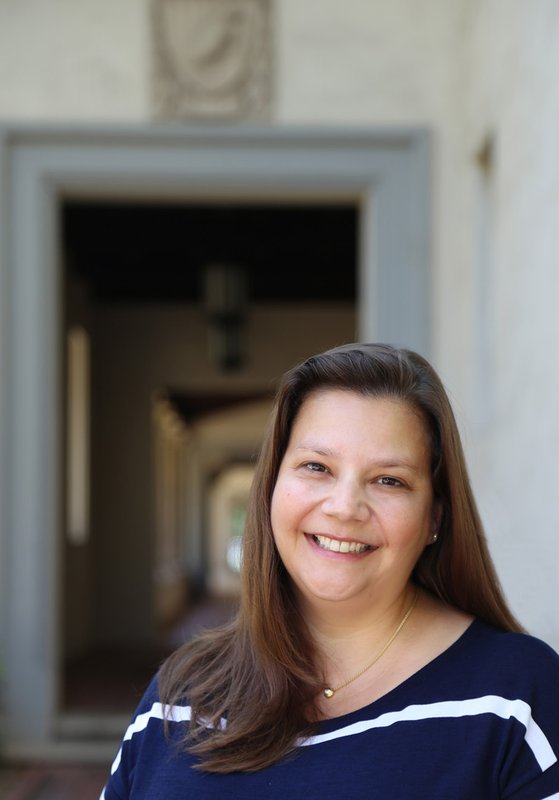