How Iron Feels the Heat

As you heat up a piece of iron, the arrangement of the iron atoms changes several times before melting. This unusual behavior is one reason why steel, in which iron plays a starring role, is so sturdy and ubiquitous in everything from teapots to skyscrapers. But the details of just how and why iron takes on so many different forms have remained a mystery. Recent work at Caltech in the Division of Engineering and Applied Science, however, provides evidence for how iron's magnetism plays a role in this curious property—an understanding that could help researchers develop better and stronger steel.

"Humans have been working with regular old iron for thousands of years, but this is a piece about its thermodynamics that no one has ever really understood," says Brent Fultz, the Barbara and Stanley R. Rawn, Jr., Professor of Materials Science and Applied Physics.

The laws of thermodynamics govern the natural behavior of materials, such as the temperature at which water boils and the timing of chemical reactions. These same principles also determine how atoms in solids are arranged, and in the case of iron, nature changes its mind several times at high temperatures. At room temperature, the iron atoms are in an unusual loosely packed open arrangement; as iron is heated past 912 degrees Celsius, the atoms become more closely packed before loosening again at 1,394 degrees Celsius and ultimately melting at 1,538 degrees Celsius.

Iron is magnetic at room temperature, and previous work predicted that iron's magnetism favors its open structure at low temperatures, but at 770 degrees Celsius iron loses its magnetism. However, iron maintains its open structure for more than a hundred degrees beyond this magnetic transition. This led the researchers to believe that there must be something else contributing to iron's unusual thermodynamic properties.

For this missing link, graduate student Lisa Mauger and her colleagues needed to turn up the heat. Solids store heat as small atomic vibrations—vibrations that create disorder, or entropy. At high temperatures, entropy dominates thermodynamics, and atomic vibrations are the largest source of entropy in iron. By studying how these vibrations change as the temperature goes up and magnetism is lost, the researchers hoped to learn more about what is driving these structural rearrangements.

To do this, the team took its samples of iron to the High Pressure Collaborative Access Team beamline of the Advanced Photon Source at Argonne National Laboratory in Argonne, Illinois. This synchrotron facility produces intense flashes of x-rays that can be tuned to detect the quantum particles of atomic vibration—called phonon excitations—in iron.

When coupling these vibrational measurements with previously known data about the magnetic behavior of iron at these temperatures, the researchers found that iron's vibrational entropy was much larger than originally suspected. In fact, the excess was similar to the entropy contribution from magnetism—suggesting that magnetism and atomic vibrations interact synergistically at moderate temperatures. This excess entropy increases the stability of the iron's open structure even as the sample is heated past the magnetic transition.

The technique allowed the researchers to conclude, experimentally and for the first time, that magnons—the quantum particles of electron spin (magnetism)—and phonons interact to increase iron's stability at high temperatures.

Because the Caltech group's measurements matched up with the theoretical calculations that were simultaneously being developed by collaborators in the laboratory of Jörg Neugebauer at the Max-Planck-Institut für Eisenforschung GmbH (MPIE), Mauger's results also contributed to the validation of a new computational model.

"It has long been speculated that the structural stability of iron is strongly related to an inherent coupling between magnetism and atomic motion," says Fritz Körmann, postdoctoral fellow at MPIE and the first author on the computational paper. "Actually finding this coupling, and that the data of our experimental colleagues and our own computational results are in such an excellent agreement, was indeed an exciting moment."

"Only by combining methods and expertise from various scientific fields such as quantum mechanics, statistical mechanics, and thermodynamics, and by using incredibly powerful supercomputers, it became possible to describe the complex dynamic phenomena taking place inside one of the technologically most used structural materials," says Neugebauer. "The newly gained insight of how thermodynamic stability is realized in iron will help to make the design of new steels more systematic."

For thousands of years, metallurgists have been working to make stronger steels in much the same way that you'd try to develop a recipe for the world's best cookie: guess and check. Steel begins with a base of standard ingredients—iron and carbon—much like a basic cookie batter begins with flour and butter. And just as you'd customize a cookie recipe by varying the amounts of other ingredients like spices and nuts, the properties of steel can be tuned by adding varying amounts of other elements, such as chromium and nickel.

With a better computational model for the thermodynamics of iron at different temperatures—one that takes into account the effects of both magnetism and atomic vibrations—metallurgists will now be able to more accurately predict the thermodynamic properties of iron alloys as they alter their recipes.

The experimental work was published in a paper titled "Nonharmonic Phonons in α-Iron at High Temperatures," in the journal Physical Review B. In addition to Fultz and first author Mauger, other Caltech coauthors include Jorge Alberto Muñoz (PhD '13) and graduate student Sally June Tracy. The computational paper, "Temperature Dependent Magnon-Phonon Coupling in bcc Fe from Theory and Experiment," was coauthored by Fultz and Mauger, led by researchers at the Max Planck Institute, and published in the journal Physical Review Letters. Fultz's and Mauger's work was supported by funding from the U.S. Department of Energy. 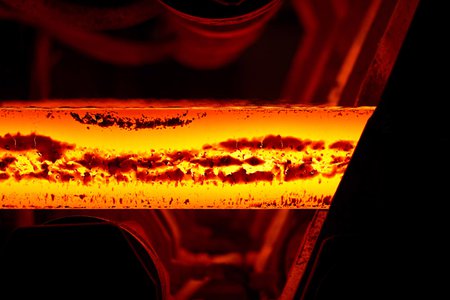 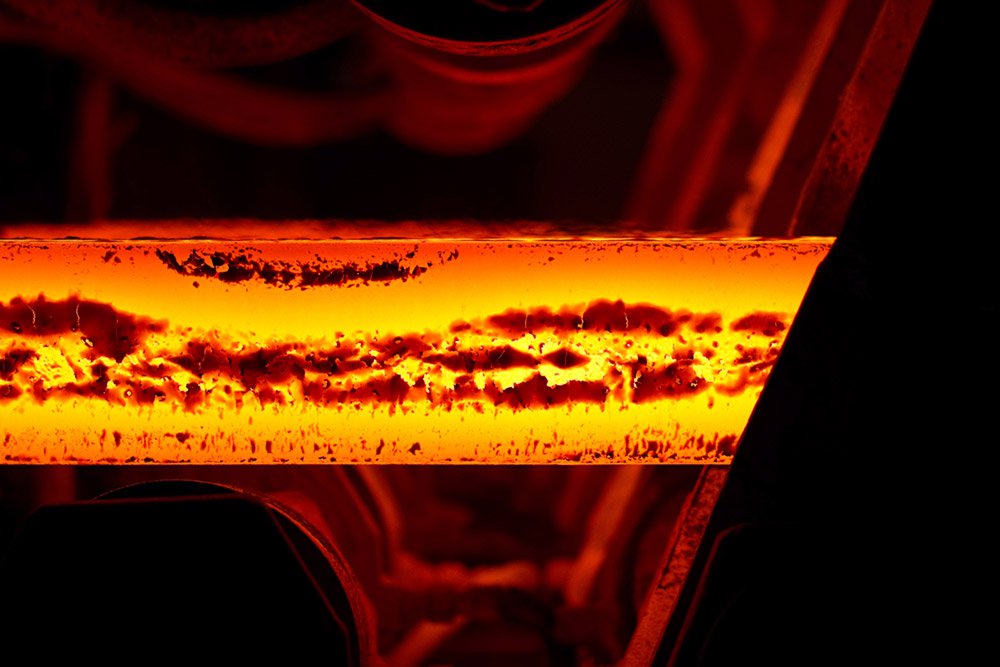