For the first time, engineers and scientists at Caltech have been able to directly observe the ultrafast motion of electrons immediately after they are excited with a laser—and found that these electrons diffuse into their surroundings much faster and farther than previously expected.

This behavior, known as "super-diffusion," had been hypothesized but never before seen. A team led by Caltech's Marco Bernardi and the late Ahmed Zewail documented the electrons' motion using microscopes that captured images with a shutter speed of a trillionth of a second at a nanometer-scale spatial resolution. Their findings appear in a study published in Nature Communications on May 11.

The excited electrons exhibited a diffusion rate 1,000 times higher than before excitation. Although the phenomenon only lasts for a few hundred trillionths of a second, it provides the potential for the manipulation of hot electrons in this fast regime to transport energy and charge in novel devices.

"Our work shows the existence of a fast transient that lasts for a few hundred picoseconds, during which electrons move much faster than their room-temperature speed, implying that they can cover longer distances in a given time when manipulated with lasers," says Bernardi, assistant professor of applied physics and materials science in Caltech's Division of Engineering and Applied Science. "This non-equilibrium behavior could be employed in novel electronic, optoelectronic, and renewable energy devices, as well as to uncover new fundamental physics."

Bernardi's colleague, Nobel Laureate Ahmed Zewail, the Linus Pauling Professor of Chemistry, professor of physics, and director of the Physical Biology Center for Ultrafast Science and Technology at Caltech, passed away on August 2, 2016.

The research was made possible by scanning ultrafast electron microscopy—an ultrafast imaging technology pioneered by Zewail that is capable of creating images with picosecond time and nanometer spatial resolutions. Bernardi developed the theory and computer models that explain the experimental results as a manifestation of super-diffusion.

Bernardi plans to continue the research by attempting to answer both fundamental questions about excited electrons (such as how they equilibrate among themselves and with atomic vibrations in materials) as well as applied ones, such as how hot electrons might increase the efficiency of energy conversion devices like solar cells and LEDs.

The paper is entitled "Super-Diffusion of Excited Carriers in Semiconductors." Coauthors include former Caltech postdoc Ebrahim Najafi, who is the lead author of the paper, and former graduate student Vsevolod Ivanov. This research was supported by the National Science Foundation, the Air Force Office of Scientific Research, the Gordon and Betty Moore Foundation, and the Caltech-Gwangju Institute of Science and Technology (GIST) program. 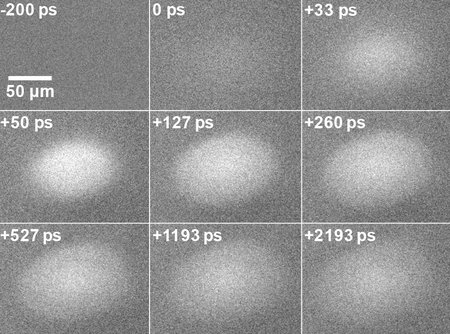 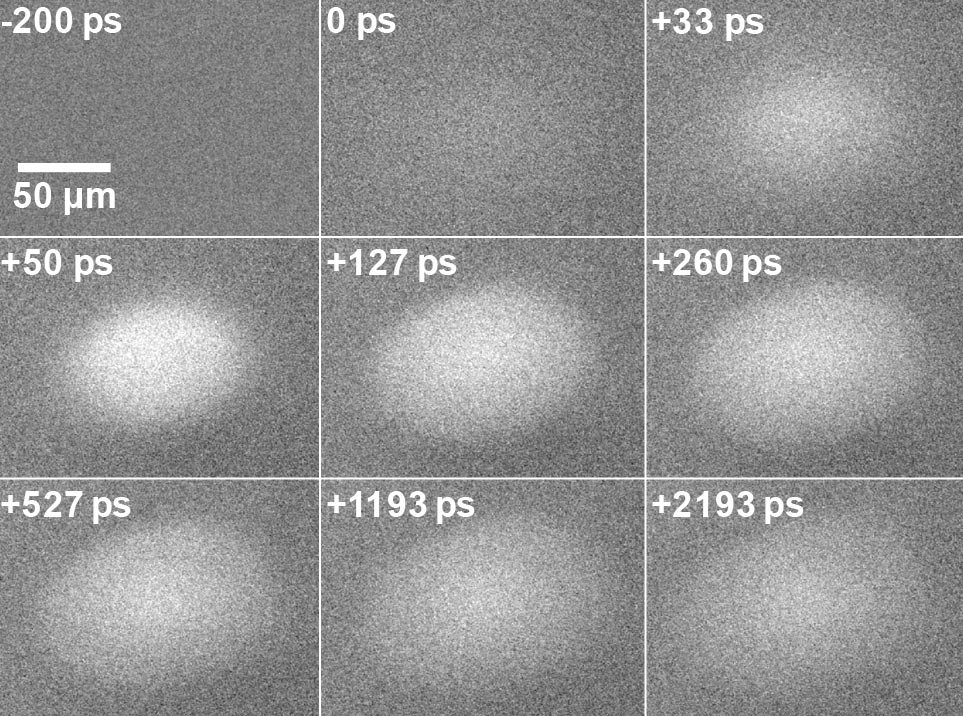