Caltech celebrated its 61st Annual Service & Impact Awards on June 2, 2016, honoring more than 300 staff members—with service ranging from 10 to 50 years—for their on-the-job excellence and commitment to the Institute.

Among the honorees was Mary Webster, executive assistant to the president and secretary of the Board of Trustees, who was recognized for her 50 years of service to the Institute.

The event was kicked off with remarks from Vice President for Business and Finance Dean Currie, who is retiring at the end of the month. Currie talked about the key role staff play in creating Caltech's innovative environment.

The 2016 Thomas W. Schmitt Annual Staff Prize went to John Henning, senior research engineer at the Palomar Observatory. The award celebrates staff members "whose contributions embody the values and spirit that enable the Institute to achieve excellence in research and education." In nominating him for the honor, Henning's coworkers lauded him for "being the 'go-to guy' for almost everything. He is soft-spoken and humble and universally respected." The Schmitt Prize was established in 2007 in honor of Thomas W. Schmitt, former associate vice president for human resources, and funded by Ted Jenkins, Caltech alumnus (BS '65, MS '66) and trustee.

The inaugural Team Impact Award was given to the staff of Caltech's Center for Teaching, Learning, & Outreach (CTLO). The award was created this year to honor teams that make significant contributions to the work and mission of the Institute. The CTLO was chosen from among eight nominated teams from across campus for working "tirelessly to increase teaching and communication engagement within the Caltech community," in the words of one nomination. 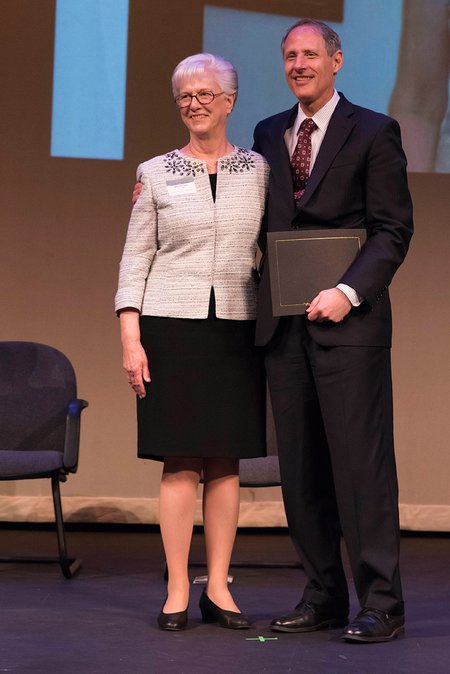 Mary Webster is presented with her certificate of service by President Thomas F. Rosenbaum Credit: Caltech 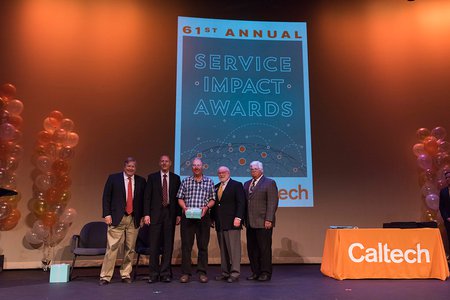 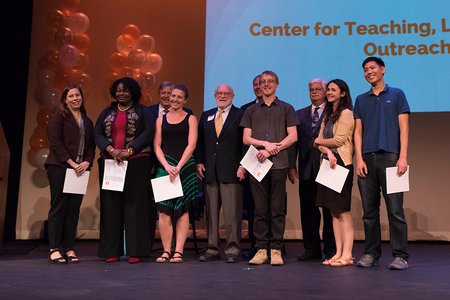 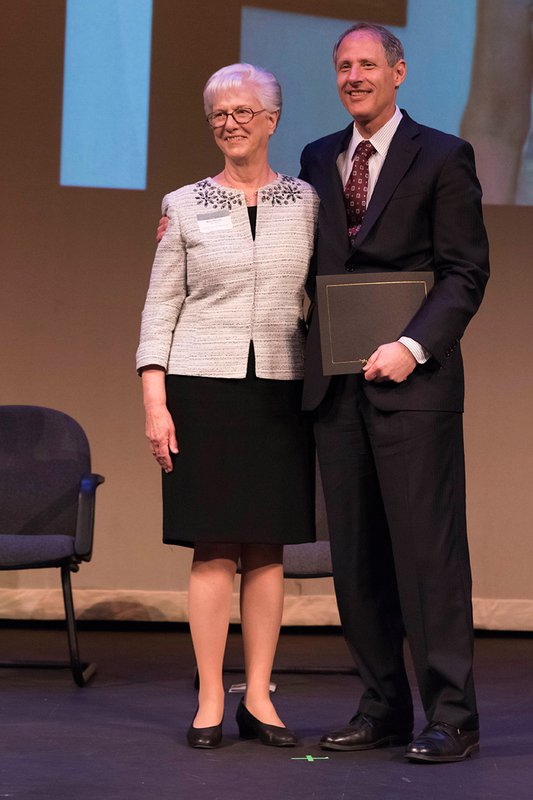 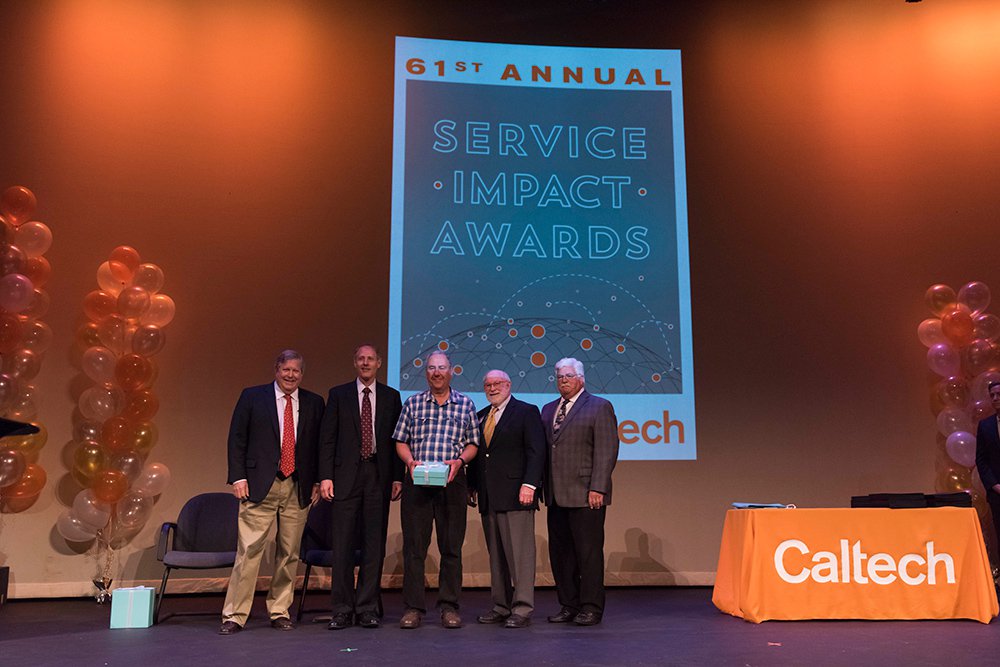 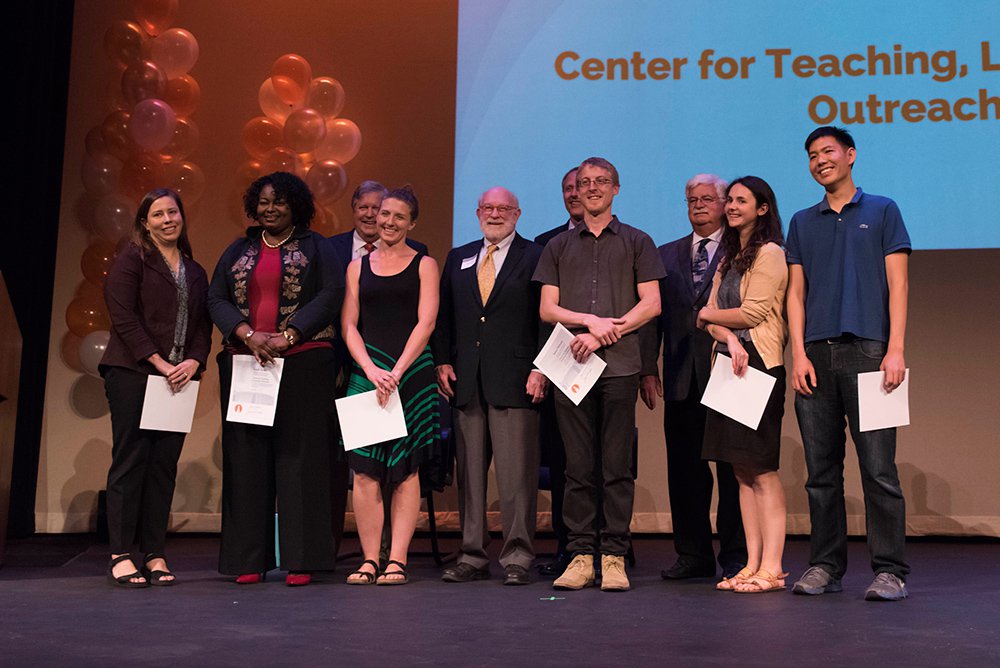