A Home for the Microbiome

The human body is full of tiny microorganisms—hundreds to thousands of species of bacteria collectively called the microbiome, which are believed to contribute to a healthy existence. The gastrointestinal (GI) tract—and the colon in particular—is home to the largest concentration and highest diversity of bacterial species. But how do these organisms persist and thrive in a system that is constantly in flux due to foods and fluids moving through it? A team led by California Institute of Technology (Caltech) biologist Sarkis Mazmanian believes it has found the answer, at least in one common group of bacteria: a set of genes that promotes stable microbial colonization of the gut.

A study describing the researchers' findings was published as an advance online publication of the journal Nature on August 18.

"By understanding how these microbes colonize, we may someday be able to devise ways to correct for abnormal changes in bacterial communities—changes that are thought to be connected to disorders like obesity, inflammatory bowel disease and autism," says Mazmanian, a professor of biology at Caltech whose work explores the link between human gut bacteria and health.

The researchers began their study by running a series of experiments to introduce a genus of microbes called Bacteriodes to sterile, or germ-free, mice. Bacteriodes, a group of bacteria that has several dozen species, was chosen because it is one of the most abundant genuses in the human microbiome, can be cultured in the lab (unlike most gut bacteria), and can be genetically modified to introduce specific mutations.

"Bacteriodes are the only genus in the microbiome that fit these three criteria," Mazmanian says.

Lead author S. Melanie Lee (PhD '13), who was an MD/PhD student in Mazmanian's lab at the time of the research, first added a few different species of the bacteria to one mouse to see if they would compete with each other to colonize the gut. They appeared to peacefully coexist. Then, Lee colonized a mouse with one particular species, Bacteroides fragilis, and inoculated the mouse with the same exact species, to see if they would co-colonize the same host. To the researchers' surprise, the newly introduced bacteria could not maintain residence in the mouse's gut, despite the fact that the animal was already populated by the identical species.

"We know that this environment can house hundreds of species, so why the competition within the same species?" Lee says. "There certainly isn't a lack of space or nutrients, but this was an extremely robust and consistent finding when we tried to essentially 'super-colonize' the mice with one species."

To explain the results, Lee and the team developed what they called the "saturable niche hypothesis." The idea is that by saturating a specific habitat, the organism will effectively exclude others of the same species from occupying that niche. It will not, however, prevent other closely related species from colonizing the gut, because they have their own particular niches. A genetic screen revealed a set of previously uncharacterized genes—a system that the researchers dubbed commensal colonization factors (CCF)—that were both required and sufficient for species-specific colonization by B. fragilis.

But what exactly is the saturable niche? The colon, after all, is filled with a flowing mass of food, fecal matter and bacteria, which doesn't offer much for organisms to grab onto and occupy.

"Melanie hypothesized that this saturable niche was part of the host tissue"—that is, of the gut itself—Mazmanian says. "When she postulated this three to four years ago, it was absolute heresy, because other researchers in the field believed that all bacteria in our intestines lived in the lumen—the center of the gut—and made zero contact with the host…our bodies. The rationale behind this thinking was if bacteria did make contact, it would cause some sort of immune response."

Nonetheless, when the researchers used advanced imaging approaches to survey colonic tissue in mice colonized with B. fragilis, they found a small population of microbes living in miniscule pockets—or crypts—in the colon. Nestled within the crypts, the bacteria are protected from the constant flow of material that passes through the GI tract. To test whether or not the CCF system regulated bacterial colonization within the crypts, the team injected mutant bacteria—without the CCF system—into the colons of sterile mice. Those bacteria were unable to colonize the crypts.

"There is something in that crypt—and we don't know what it is yet—that normal B. fragilis can use to get a foothold via the CCF system," Mazmanian explains. "Finding the crypts is a huge advance in the field because it shows that bacteria do physically contact the host. And during all of the experiments that Melanie did, homeostasis, or a steady state, was maintained. So, contrary to popular belief, there was no evidence of inflammation as a result of the bacteria contacting the host. In fact, we believe these crypts are the permanent home of Bacteroides, and perhaps other classes of microbes."

He says that by pinpointing the CCF system as a mechanism for bacterial colonization and resilience, in addition to the discovery of crypts in the colon that are species specific, the current paper has solved longstanding mysteries in the field about how microbes establish and maintain long-term colonization.

"We've studied only a handful of organisms, and though they are numerically abundant, they are clearly not representative of all the organisms in the gut," Lee says. "A lot of those other bacteria don't have CCF genes, so the question now is: Do those organisms somehow rely on interactions with Bacteroides for their own colonization, or their replication rates, or their localization?"

Suspecting that Bacteroides are keystone species—a necessary factor for building the gut ecosystem—the researchers next plan to investigate whether or not functional abnormalities, such as the inability to adhere to crypts, could affect the entire microbiome and potentially lead to a diseased state in the body.

"This research highlights the notion that we are not alone. We knew that bacteria are in our gut, but this study shows that specific microbes are very intimately associated with our bodies," Mazmanian says. "They are living in very close proximity to our tissues, and we can't ignore microbial contributions to our biology or our health. They are a part of us."

Funding for the research outlined in the Nature paper, titled "Bacterial colonization factors control specificity and stability of the gut microbiota," was provided by the National Institutes of Health and the Crohn's and Colitis Foundation of America. Additional coauthors were Gregory Donaldson and Silva Boyajian from Caltech and Zbigniew Mikulski and Klaus Ley from the La Jolla Institute for Allergy and Immunology in La Jolla, California. 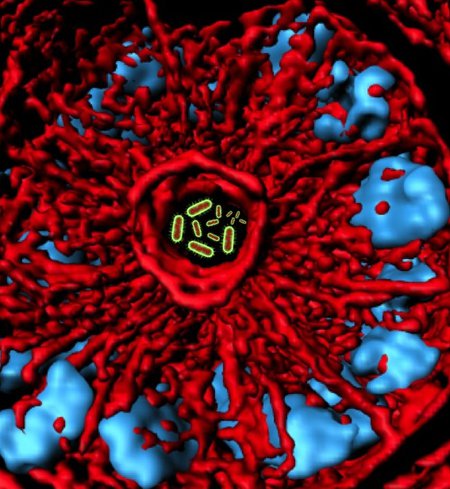 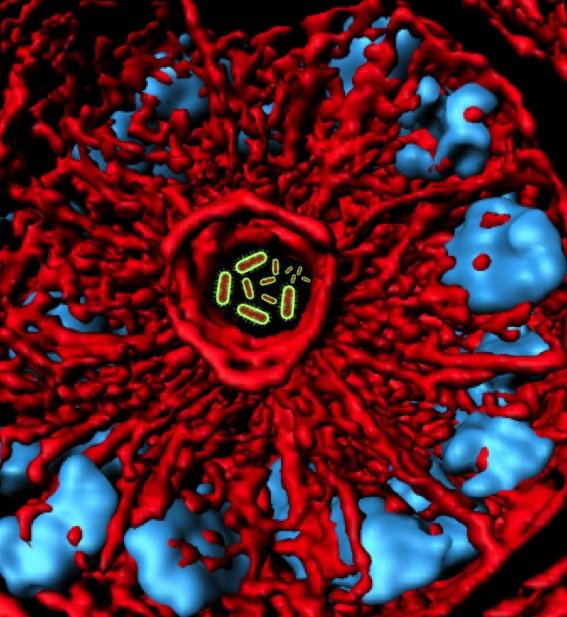