In one of the largest acts of philanthropy in Caltech's history, Ron (MS '62, PhD '64) and Maxine Linde have pledged at least $50 million to the Institute.

Their gift, structured to provide Caltech with flexibility to address emerging priorities, creates an endowment without a specific permanent designation. In this way, the Lindes' newest contribution, like many of the couple's previous gifts to Caltech, is earmarked to advance promising initiatives in their early stages. Once those initiatives are well established and positioned to garner additional external support, the endowed funds can be redirected to "the next important project Caltech should be undertaking," as Ron Linde describes it.

"The Lindes' exceptional generosity will have a far-reaching and enduring impact on Caltech," says President Thomas F. Rosenbaum, holder of Caltech's Sonja and William Davidow Presidential Chair and professor of physics. "They understand deeply the Institute's fundamental values and appetite for bold research endeavors. The Lindes' remarkable gift is an evocative endorsement of our community of scholars and the contributions they make to science, technology, and society, geared to the future."

The focus on tomorrow is a key element of the Lindes' unusual brand of philanthropy, whose built-in flexibility is expressly aimed at empowering Caltech to adapt to the unknown. "Our philosophy is to allow for flexibility because you can't know the future," Ron Linde says, "and science is about exploring the unknown."

The couple's connection to Caltech reaches back more than 50 years, to Ron Linde's time as a graduate student who earned the Institute's first doctorate in materials science. Maxine Linde, a mathematician, worked as a scientific programmer at the Caltech-managed Jet Propulsion Laboratory during the early days of the U.S. space program.

Ron Linde was elected to the Institute's Board of Trustees in 1989 and has involved himself deeply in Institute governance. Now a senior trustee and vice chair of Caltech's board of trustees, he serves on eight committees and subcommittees of the board. The Lindes have provided substantial financial support to the Institute over the past 25 years, making several multimillion-dollar gifts.

"Our giving is not just a matter of loyalty," Ron Linde says. "We measure the success of our philanthropic investments by the impact achieved per dollar spent. Caltech's long track record speaks for itself. A dollar invested in Caltech can provide unparalleled returns."

Adds Maxine Linde, "As informed investors, we see Caltech as the best opportunity we will ever encounter to have a significant, lasting, personal impact on the world."

Partners in life and in business, Ron and Maxine Linde are chairman and president, respectively, of The Ronald and Maxine Linde Foundation. Ron previously was founder, chairman, and CEO of Envirodyne Industries Inc., a company where Maxine served as general counsel and chief administrative officer.

As philanthropists, the Lindes have supported a wide range of Institute priorities over the years, and the imprint of their generosity is evident across campus. One of their gifts helped establish the cross-divisional Ronald and Maxine Linde Center for Global Environmental Science and aided in refurbishing its campus home, the Linde + Robinson Laboratory. Another contribution helped create the interdisciplinary Ronald and Maxine Linde Institute of Economic and Management Sciences. A faculty chair the couple endowed has migrated across fields to meet Caltech's needs as it has changed occupants over the years. The chair is currently held by Alexei Kitaev, the Institute's Ronald and Maxine Linde Professor of Theoretical Physics and Mathematics and inaugural winner of Yuri Milner's Fundamental Physics Prize. A challenge grant from the Lindes made possible the Ronald and Maxine Linde/Caltech Alumni Laboratories at the Institute's Broad Center for Biological Sciences. Other Linde gifts have supported specific research programs.

"Through their exceptional approach to philanthropy, Ron and Maxine help us to address our most fundamental need—to stimulate and support in perpetuity boldness and creativity in our faculty and students," says Provost Edward M. Stolper, holder of the Carl and Shirley Larson Provostial Chair and William E. Leonhard Professor of Geology. "And it has paid off in helping to retain and recruit outstanding professors, expanding the educational horizons of our students, and enabling the Institute to move in new directions. We turn to the Lindes with needs and opportunities that are at the core of what distinguishes Caltech, yet are the most difficult for which to raise funds. They then dig in and help us craft solutions that address these needs and opportunities. I want to emphasize how rare are partners of this sort and how lucky we at Caltech are to count Ron and Maxine among our friends and supporters."

The Lindes' latest and largest commitment was made in the hope that it would both advance key Institute priorities and motivate others to follow their lead.

"In addition to the dollars we put in, we are confident of Caltech's ability to leverage our investment to find further support down the line," Ron Linde says. "This gift is not an end in itself. It's more of a beginning."

Other Institute leaders agree that the Lindes' vote of confidence may have a multiplier effect.

"In their energetic engagement with the Institute, Ron and Maxine are an inspiration to the entire board and to me personally," says David Lee (PhD '74), chair of Caltech's board of trustees. "They know this place so well, and see so clearly the ways in which their giving can do the most for Caltech. When leaders like the Lindes choose to expand upon their past support, others will take notice and be inspired to make their own commitments."

Because the principal of their gift will remain part of the Institute's permanent endowment, generating annual payout to supply programmatic funding, the Lindes are creating a lasting legacy at Caltech. According to Ron Linde, that impact over the years to come is one attractive element of their contribution.

"The most important impact is the impact we can't even imagine yet," he says. "It's very exciting to help Caltech create the future, to provide support for things that are going to be happening centuries from now."

The Lindes also describe their historic contribution as a sign of their belief in the entire Caltech community and its continuing ability to create knowledge that changes the world.

"Ultimately we're betting on people—both on the people at Caltech today and on the future generations that Caltech will be able to attract," says Maxine Linde. 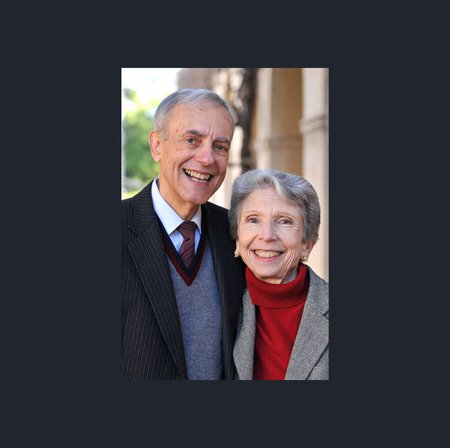 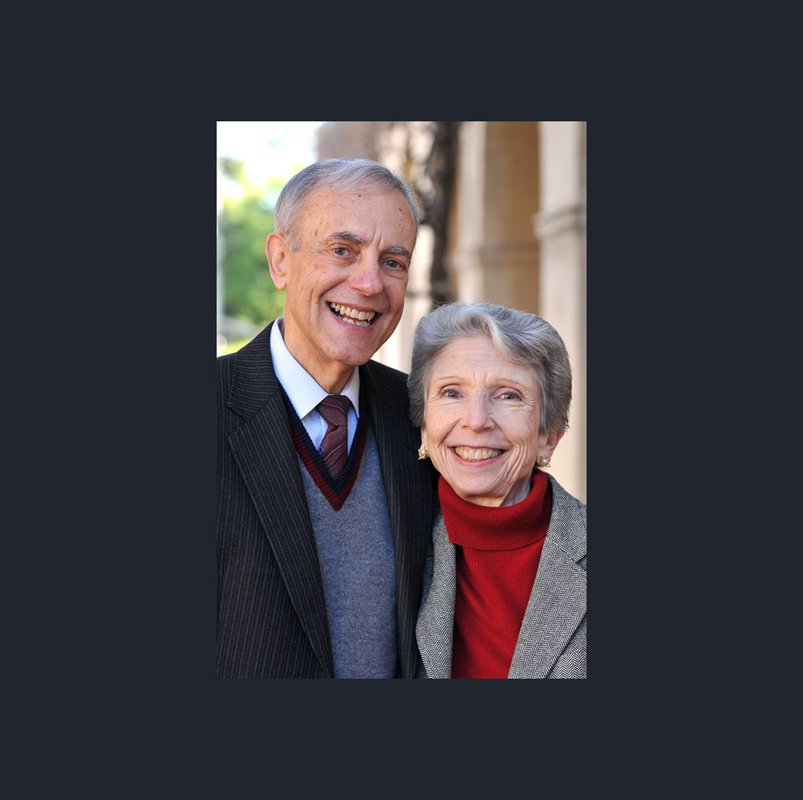