Modern communications technology relies on a fleet of hundreds of satellites orbiting in fixed locations above the earth's surface. These geostationary satellites, as they are known, act as communications relays, allowing for near-instantaneous signal transmission across the globe without the need for wired networks. And without Harold Rosen, they would not exist.

Harold Rosen was born on March 20, 1926, in New Orleans and graduated from high school at age 15. He showed an early fascination with science and engineering and, as a teen, was an amateur radio operator. Near the close of World War II, the 18-year-old Rosen—by then a senior at Tulane University studying electrical engineering—joined the Navy as an electronics technician. He completed his undergraduate studies when the war ended and in 1947 began graduate research at Caltech under rocket telemetering pioneer Bill Pickering (BS '32, MS '33, PhD '36).

During his graduate years, Rosen took a part-time job at Raytheon Company, where he was tasked with improving antiaircraft guided missiles and radar; he continued full time at the company after receiving his doctorate in 1951. His Caltech education, he told a Caltech publication in 2012, "gave me such a good grounding in the fundamentals" that he felt capable of attacking any technical problem in almost any field.

"Harold Rosen was an illustrious alumnus who was ahead of his time in promoting interdisciplinary thinking," says Guruswami Ravichandran, the John E. Goode, Jr., Professor of Aerospace and Mechanical Engineering and Otis Booth Leadership Chair of the Division of Engineering and Applied Science at Caltech. "The impact of the interdisciplinary fundamental education he received at Caltech is illustrated by his transformational thinking in the field of satellite communications."

Spurred on by the launch of the Sputnik satellite in 1957, Rosen set out to one-up the Soviets. While Sputnik was only capable of transmitting beeps back to the earth, Rosen—who had been hired a year earlier by Hughes Aircraft Company—envisioned placing a full communications relay in space.

At the time, long-distance telephone calls were both expensive and difficult, since any call needed to be routed over the limited number of telephone lines that stretched between various locations.

The idea that geostationary satellites could overcome these limitations dates back to the late 1920s and was popularized by science fiction author Arthur C. Clarke in a paper written in 1945. But the proposal faced significant challenges. Engineers at the time worried that such a satellite would either be too heavy to launch or would not survive long enough in orbit to be commercially worth the expense.

Collaborating with engineers Thomas Hudspeth and Don Williams, Rosen designed a lightweight cylindrical solar-powered satellite that spun like a gyroscope and used small pulses of thrust to remain stable in orbit.

His design convinced the initially reluctant management at Hughes to greenlight the development of a 55-pound prototype. With that prototype in hand, he was able to enlist the support of Caltech alumnus John Rubel (BS '42), then deputy research director at the U.S. Department of Defense. At the time, Rubel was overseeing an attempt by the Pentagon to build its own communications satellite—but the design had a projected weight of thousands of pounds. Rubel convinced NASA to instead fund Rosen's Syncom ("synchronous communication satellite") program.

The first Syncom satellite was launched in February 1963 but failed because of a problem with one of its motors. A second attempt in July 1963—with a redesigned motor—was successful, and the satellite soon became operational. In August, President John F. Kennedy used Syncom 2 to telephone the Nigerian prime minister in what was the first live two-way call via satellite between heads of governments. In 1964, Syncom 3 was launched, allowing the transmission of live television signals from Tokyo during the Summer Olympics.

"There have been many great engineers but few with Harold's imagination and even fewer who could fulfill their dreams," says his brother, Benjamin (Ben) Rosen (BS '54), chairman emeritus of the Caltech Board of Trustees.

Rosen eventually directed the development of more than 150 communications satellites—first with Hughes, then with Boeing after it acquired Hughes—before retiring in 1993. Even in retirement, Rosen continued to consult for Boeing and gave periodic lectures to engineering students at Caltech. Along with his venture capitalist brother Ben, whose fund financed Compaq Computer Corp. and who was its first chairman and CEO, Harold started Rosen Motors, which developed a hybrid-electric automotive powertrain with a microturbine engine and a magnetically suspended very-high-speed flywheel.

Later, Rosen and his wife, Deborah Castleman (MS '86), collaborated with JB Straubel of Rosen Motors in a venture called Volacom that specialized in the design of high-altitude, hybrid-propulsion aircraft with the dream of someday providing wireless Internet access to cities via a fleet of circling drones. Castleman managed the business end of the operation while Rosen and Straubel patented a new long-endurance hybrid-propulsion system that they later licensed to Boeing.

"It was an innovative and audacious plan," Castleman remembers. "We even invested some of our own funds to work closely with Burt Rutan and his team at Scaled Composites to design this specialized high-altitude aircraft platform that used a novel hydrogen-powered electric power plant." Ultimately, however, Volacom was unable to obtain venture funding and shuttered—after which Straubel became a co-founder and chief technology officer at Tesla Motors.

In recognition of his groundbreaking work, Rosen received the National Medal of Technology in 1985, was inducted into the National Inventors Hall of Fame in 2003, and was the recipient of the Robert H. Goddard Memorial Trophy from The National Space Club in 2015, the Philip J. Klass Lifetime Achievement Award from Aviation Week & Space Technology magazine in 2014, the Communications and Computing Prize from NEC in 1985, and the first L. M. Ericsson International Prize in Communications in 1976, among other honors. He was a fellow of the Institute of Electrical and Electronic Engineers and the recipient of its Alexander Graham Bell Medal in 1982; a fellow of the American Institute of Aeronautics and Astronautics; and a member of the National Academy of Engineering (NAE) and recipient of its Charles Stark Draper Prize in 1995. He was named a Distinguished Alumnus of Caltech in 1976.

Rosen is survived by his wife Deborah; sons Robert and Rocky Rosen; grandchildren Josh, Hillary, and Stephanie Rosen; and his brother Ben. 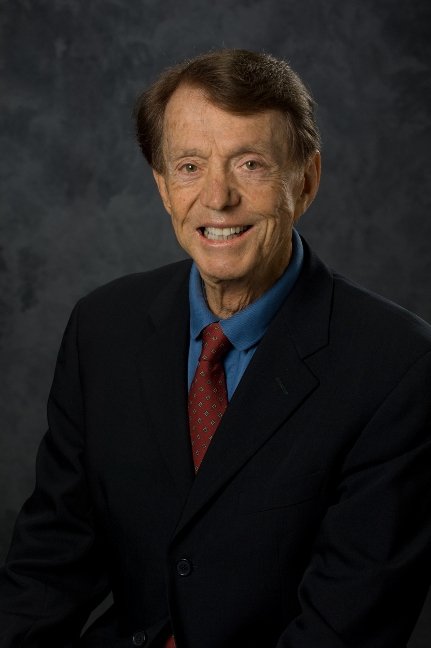