Skip to main content
Home  /  About  /  News  /  Harnessing Sound for Health: A Conversation with Tim Colonius

Harnessing Sound for Health: A Conversation with Tim Colonius

When a person develops a kidney stone or a gall stone—hard accumulations of minerals and other compounds created by the body—they can experience a great deal of pain and discomfort. In more advanced cases, these stones can have serious health effects.

If the body is unable to expel these stones on its own, medical intervention is often required. For many decades, that meant the patient would need surgery to remove the stones, but in the 1980s, a new form of treatment emerged: lithotripsy.

Lithotripsy is the practice of breaking gall or kidney stones into small pieces within the body using shockwaves produced by a machine called a lithotripter. These high-intensity shockwaves are transmitted into the abdomen and focused on the stone, which is broken up by the energy of the waves into smaller pieces that can be expelled by the body.

While lithotripsy has been a welcome alternative to surgery, it has drawbacks of its own. For one, lithotripters are large and expensive. More concerning to the patient, though, is that the procedure is so painful that it requires the same level of sedation as surgery.

A new form of lithotripsy that eliminates these problems has been under development with the help of Tim Colonius, Caltech's Frank and Ora Lee Marble Professor of Mechanical Engineering.

We recently sat down with Colonius to discuss this new lithotripsy technology, how his background studying the interactions between fluids and sounds has informed his understanding of the technology, and the benefits it might offer to patients.

How would you describe your primary area of research?

I study computational fluid dynamics. Fluids refer to materials that flow, primarily liquids or gases; fluid dynamics is concerned with predicting fluid motions and the forces they create. It might look at bumblebee flight, wind turbines, or blood flowing in your veins.

Computational fluid dynamics refers to trying to solve the equations for fluid movement through computer simulation.

This lithotripsy project has a long history. Can you tell us a little bit about how it started?

Brad Sturtevant [MS '56, PhD '60] was the central figure from Caltech working on this project. Brad was a professor of aeronautics, an amazing researcher, and a beloved figure on campus who passed away in the early 2000s. He did a lot of research on shockwaves [high-energy, high-speed waves that travel through a material], and his interests spanned everything from volcanoes to other natural phenomena that involve shockwaves.

He got hooked up with a scientist named Andy Evan from Indiana University. Andy assembled a huge team of researchers to look at lithotripsy, and he really put the subject on the academic map. Brad got involved because the group was using shockwaves to break up kidney stones, but people didn't understand how the machines worked, how the shockwaves were generated, propagated through the body, and interacted with kidney stones.

How did you get involved?

Like a lot of things at Caltech, it was a hallway conversation. I was a young professor at the time, and I was trying to build up computational tools for cavitation, the formation of bubbles in a liquid.

A lot of people on our team thought that cavitation is an important mechanism for how kidney stones are pulverized by shockwaves. Ironically, Brad was skeptical about this, but he recognized that the hypothesis should be investigated, so he asked if I wanted to be involved.

How does your background inform your work on this?

A couple of areas I had worked in previously were aeroacoustics, which is the study of how flows produce sound, and bubbly flows. When bubbles oscillate, they are very efficient at producing sound. So, when you go to the beach and you hear a wave break and you hear all that tinkling, that's bubbles producing sound.

This project was interesting because it brought these two areas—bubbles and acoustics—together. It wasn't hard for Brad to convince me to work on this—it is technically interesting and has huge potential to benefit people.

How is this work different from traditional lithotripsy?

The new thing here, which we call burst-wave lithotripsy, is the use of focused ultrasound rather than shockwaves. We can think about traditional lithotripsy as a series of explosions, and each explosion is going to blast apart a kidney stone one shot at a time.

I think when that kind of lithotripsy was developed, there was a lot of missed opportunity to tune the frequency to resonate with the stones. What we're doing instead is high-intensity focused ultrasound. You have an array of ultrasonic elements that can each fire independently, so you have a lot of flexibility to design waves. When you make shockwaves in the traditional way, there's much less opportunity to tailor the shockwave to different conditions, to different kinds of stones of different shapes and different materials.

What benefits does burst-wave lithotripsy have compared to traditional lithotripsy?

There is a whole suite of them, which I think makes it really exciting. Because the amplitude of the waves is lower, there's less danger of collateral damage to nearby tissue, so the procedure is much less painful. So, it's envisioned you would not need anesthesia.

There's also the fact that this device is a lot cheaper to make than a full shockwave lithotripter. A urologist could afford to buy this for their office, whereas a traditional lithotripter can cost many hundreds of thousands of dollars; these instruments are often found in hospitals or specialized clinics. This could have a much lower barrier to entry.

What is next for the work?

We're just now at the point where we have a really good simulation model that we can use to optimize the technology. We're finding optimal waveforms that build resonances that maximize the amount of strain energy we can induce in the stone. It's similar to how an opera singer might shatter a wine glass by singing at the right pitch. We're also starting to build feedback into these devices so they can be more autonomous and adapt themselves instead of the physician having to rely on their own intuition.

There's a small company called SonoMotion that's a spinoff from the University of Washington team that is building these devices and doing clinical trials with dozens of patients. The results look promising so far.

What is it like to work on something that can so directly improve people's lives and health?

It's humbling. I can't connect the science I do directly to patients, but I work with people who do. I'm just amazed at how physicians and scientists in the health world take basic science and apply it to help people. 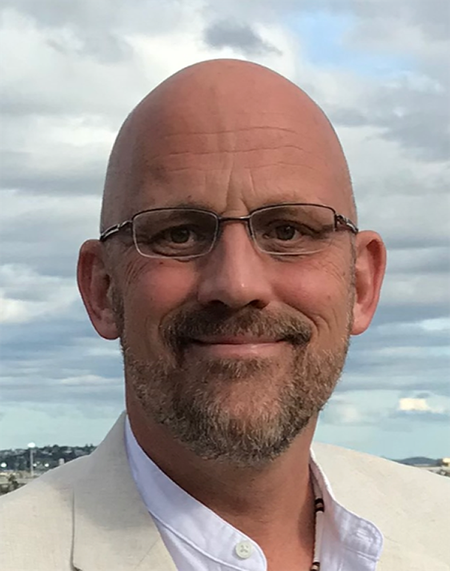