Hardy C. Martel, professor of electrical engineering, emeritus, at Caltech, passed away on March 29 at his home in Altadena. He was 85.

Entering the field at the dawn of the computer age, Martel was an expert on information theory and electric-circuit theory. "He was one of the first at Caltech to do research on information science and communications technology," says Roy Gould, the Simon Ramo Professor of Engineering, Emeritus, a lifelong friend and colleague of Martel. "His strength was in his basic, intuitive grasp of ideas and how things worked."

Martel's intuition went beyond engineering and technology, Gould says, as he was equally adept at working with people—a skill that served him well for the many administrative posts he held at Caltech.

Born in 1927 at Huntington Hospital in Pasadena to Romeo Raoul Martel and Mildred Parkhurst Pray, Martel spent nearly his whole life in the area—most of it at Caltech. Romeo was a professor of structural engineering at Caltech and an expert on designing structures to withstand earthquakes. Martel was named after Hardy Cross, a structural engineering professor who taught Romeo at Brown University.

Martel studied electrical engineering at Caltech, and it was there that he met Jean Charlotte Pfeiffenberger, a student at Scripps College. They married in 1954.

After earning his BS in 1949, Martel went to the Massachusetts Institute of Technology and received an MS in 1950. He then returned to Pasadena for a brief stop at the Jet Propulsion Laboratory, where he helped design the electronics for the guidance systems behind the army's Corporal short-range missile. He went back to Caltech in 1953 and worked as an instructor for two years before becoming an assistant professor in 1955; at the same time, he worked toward a PhD, which he received in 1956. He became an associate professor in the Division of Engineering and Applied Science in 1958, and except for a year working at Bell Labs from 1959 to 1960, he remained at Caltech for the rest of his career; he became a full professor in 1982.

Martel was known for hosting annual barbecue dinners with the electrical engineering faculty and students, at which he chatted about the state of the department.

In addition to being a valued mentor for his students, Martel served in a variety of administrative roles. From 1969 to 1983, he was the executive assistant to the president. Like his father, he served as secretary of the faculty for many years. He was also the secretary to the Board of Trustees from 1973 to 1983 and the executive officer for electrical engineering from 1981 to 1986. He became a professor, emeritus, in 1990.

In 1986, Martel started a walnut grove in Paso Robles, California. But his heart was always with the Institute. "He loved Caltech," says daughter Wendy Martel-Vilkin. "It was his life."

In addition to Wendy, Martel is survived by daughter Daria; son Kent; and grandchildren Michael and Lila Martel, and Ellora, Madison, Chloe, and Miles Vilkin. His son Jeffrey and daughter Denise predeceased him in 2002 and 1989, respectively. His wife Jean died in 2007. 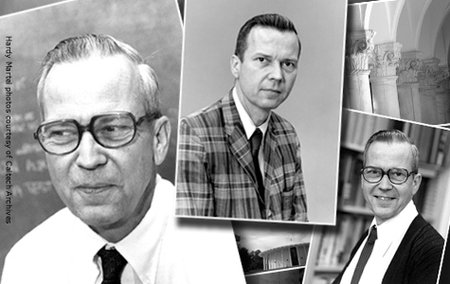 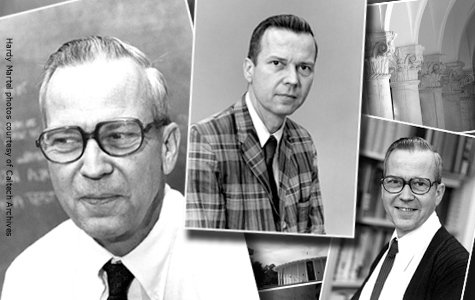