Gut Bacteria May Play Role in Onset of Multiple Sclerosis

New research conducted at Caltech and UC San Francisco (UCSF) is suggesting that the key to curing multiple sclerosis (MS) could be hiding in an unlikely place—our poop.

Multiple sclerosis is a disorder in which the body's own immune system induces an inflammatory response against the protective myelin sheath that helps neurons conduct signals. As the disease progresses, an afflicted individual will experience a range of symptoms that include muscle weakness, loss of sensation and coordination, digestive troubles, and depression.

The cause of MS is not entirely clear, though genetics and viral infections have all been suspected of playing a role. The incidence of the disease is much higher in Western industrialized nations than elsewhere in the world, suggesting that other environmental factors, like time spent outdoors in the sun, have an effect as well.

It's also been theorized that the make-up of the gut microbiome—the collection of microbes that live in our digestive systems—could be involved, says Bryan Yoo, a Caltech grad student pursuing a degree in biology and bioengineering. The gut microbiome is a complex ecosystem of hundreds of distinct microorganisms, some beneficial and some potentially harmful. An out-of-balance gut biome with too few beneficial microorganisms or too many harmful ones has also been suspected of playing a role in cardiovascular disease, obesity, mental health, inflammatory bowel disease, and more.

"Maybe we're not getting enough of the microbial repertoire that our bodies need," Yoo says. "As far as MS goes, this is an intriguing frontier."

In their study, which appears in the Proceedings of the National Academy of Sciences the week of September 11, Yoo and his co-authors, among them Caltech's Sarkis Mazmanian, the Luis B. and Nelly Soux Professor of Microbiology and Heritage Medical Research Institute Investigator, identify bacteria they believe have direct effects on the onset and severity of a mouse model that mimics the pathology of multiple sclerosis.

At UCSF, researchers identified a group of MS patients who had not received any medical treatment for their disease and a group of healthy control individuals who lived with the MS patients (to control for environmental factors). They took fecal samples from each group and looked at the kinds of microbes found in each. Upon comparing those samples, the researchers found elevated levels of specific bacteria in MS patients. The control patients had elevated levels of a different species of bacteria. This suggested to the research team that bacteria prevalent in the MS patients might be having a pathogenic effect or that bacteria found in the control patients might be having a protective effect.

At Caltech, researchers used mice engineered to be free of all microorganisms, including those that live in the gut. In one experiment, groups of the mice had an experimentally induced disease similar to MS. In the next experiment, they investigated the effects of specific microbes represented in MS and control patients on the immune system.

In the first experiment, a group of mice were colonized with gut bacteria from the humans afflicted with MS and another group was inoculated with fecal samples from the healthy humans. When both groups were induced to have the MS-like disease, those that had their guts colonized with bacteria from MS patients experienced more severe disease outcomes. Furthermore, the mice that received the fecal sample from healthy control patients saw enhanced anti-inflammatory responses compared to mice that received samples from MS patients, potentially mitigating disease severity.

In a second phase of the experiment, Caltech researchers worked with the bacteria identified by the UCSF team—Parabacteroides distasonis, which they suspected was easing MS symptoms, and Acinetobacter calcoaceticus and Akkermansia muciniphila, which they believed were making the disease worse.

The findings suggest that fecal transplants could hold promise as a treatment for patients with MS, Yoo says, cautioning that diseases like MS are multifaceted and likely the result of many factors besides the content of the gut.

"It's important that we look into the different causes of autoimmune diseases," he says. "Potentially there's a probiotic treatment out there for MS."

Funding for the research was provided by: the National Multiple Sclerosis Society, the NIH Institutional Research and Academic Career Development Award Postdoctoral Fellowship, the Department of Defense, the Valhalla Charitable Foundation, the Emerald Foundation, and the Heritage Medical Research Institute. 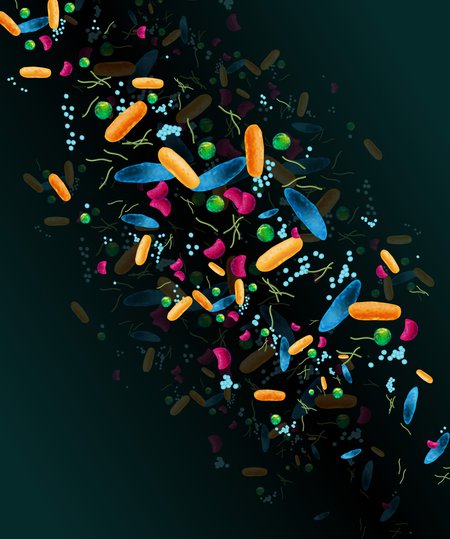 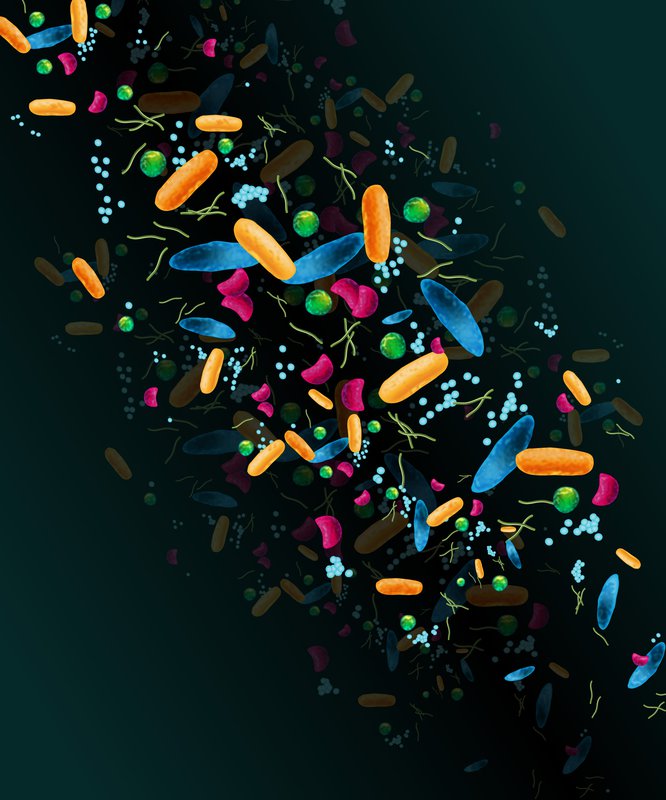