Caltech senior trustee Charles Trimble (BS '63, MS '64), founder and former chief executive officer of Trimble Navigation, Ltd., is the 2016 recipient of the International von Kármán Wings Award. The honor—administered by the Aerospace Historical Society and the Graduate Aerospace Laboratories of the California Institute of Technology (GALCIT)—recognizes Trimble's "visionary leadership contributions to the aerospace industry, and distinguished service to the nation's defense and aerospace programs," according to the award announcement.

Through the launch of Trimble in 1978, Charles Trimble led the industry in developing commercial equipment that utilizes the Global Positioning System (GPS). By the late '90s, the company was a leading worldwide supplier of GPS equipment. Since leaving Trimble in 1998, he has mentored several entrepreneurs and served on the boards of directors for public and private companies. He also sits on the Caltech Board of Trustees.

"GPS as an information technology has been a disruptive force in changing the way people live and work. The space-based infrastructure that has made this possible is a shining example of this country's aerospace achievements," Trimble says. "I am honored and humbled to be associated with aerospace legends such as William Pickering, Si Ramo, Buzz Aldrin, Dan Goldin, Charles Elachi, and many others."

Mory Gharib, the Hans W. Liepmann Professor of Aeronautics and Bioinspired Engineering at Caltech, director of GALCIT, and chair of the Aerospace Historical Society presented the award at a private banquet at the Athenaeum on November 17.

"In addition to his pioneering contributions to GPS commercialization, Charlie has had a big impact on Caltech and JPL," Gharib says. "As an alumnus and trustee, he deeply understands the needs of Caltech and serves the community with dedication and insight."

Trimble is the recipient of numerous awards and honors, including Inc. magazine's Entrepreneur of the Year in 1991, the American Electronics Association Medal of Achievement in 2000, the NASA Public Service Medal in 2001 and 2004, and the Caltech Distinguished Alumni Award in 1995. In 1994, he received the Piper General Aviation Award from the American Institute of Aeronautics and Astronautics for pioneering the manufacture and application of affordable GPS.

Also at the banquet, Gharib presented the Shirley Thomas Academic Scholarship to Caltech graduate student Yuchen Wei from the lab of Sergio Pellegrino, the Joyce and Kent Kresa Professor of Aeronautics and professor of civil engineering; Jet Propulsion Laboratory Senior Research Scientist; and co-director of the Space-Based Solar Power Project. Wei is contributing to the hardware and software development of an autonomously assembled and reconfigurable space telescope design. In a written statement read by Gharib at the banquet, Pellegrino described Wei as "a tireless and passionate researcher who is making the most of his time at GALCIT."

Every year since 2010, the Shirley Thomas Academic Scholarship has been presented to a student in aerospace, aeronautics, or a related program who demonstrates promise for continued contribution to the field. Thomas, the founder of the Aerospace Historical Society, was an actress, writer, producer, and professor who became a prominent figure in the early days of the space program. She authored more than 15 books, including an eight-volume series on astronauts titled Men of Space. 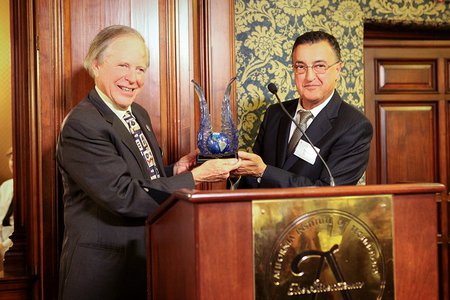 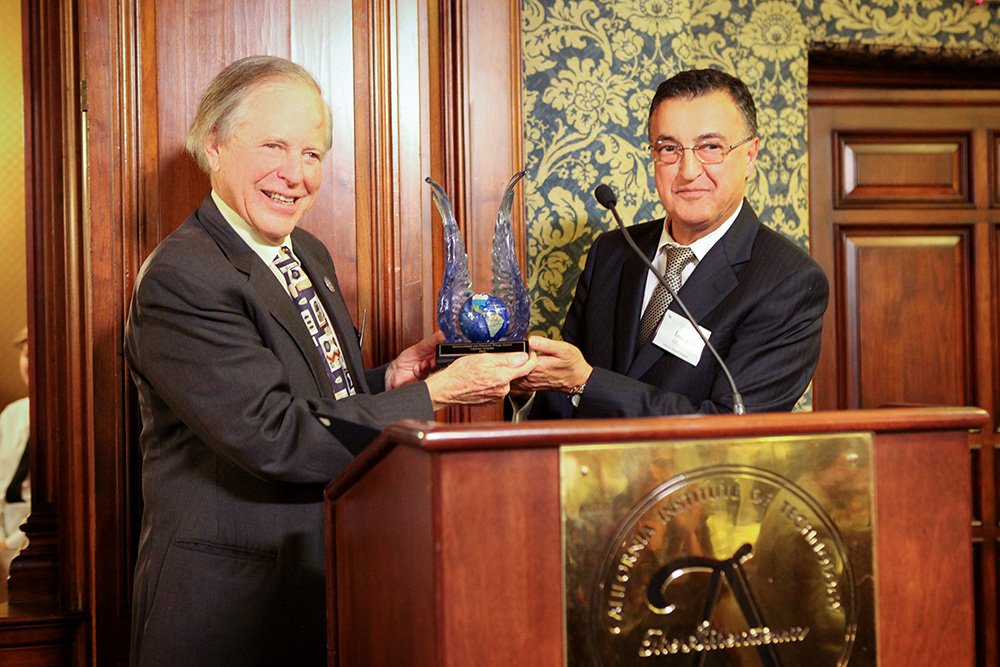