The Future of Imaging Cells: Q&A with Lu Wei

Caltech's new assistant professor of chemistry Lu Wei is pushing the boundaries of imaging cells. She is developing new spectroscopy and microscopy techniques to track molecules in real time inside cells, and to visualize them in dozens of different colors. Though her primary focus is to create next-generation tools for biologists, Wei also plans to apply these tools to the complex environments of biological samples, such as brain tissues.

Wei grew up in the city of Wuhan in central China. She received her BS from Nanjing University in 2010 and her PhD from Columbia University in 2015. She came to Caltech as a visiting associate in 2017 and became an assistant professor in 2018.

We sat down with Wei to talk about her chemistry research and to learn more about one of her favorite Pasadena-area restaurants.

What kinds of microscopy techniques are you developing?

We make use of physical chemistry principles to develop microscopy methods that enable us to visualize the dynamics inside cells.

One method we are working on is vibrational spectroscopy, where we detect the vibrations of certain chemical bonds. For example, we have utilized a class of small chemical tags—such as those with certain types of carbon bonds, including carbon-carbon triple bonds—to detect small biomolecules of interest in live cells. Because these chemical bonds are not normally found in cells, and because they vibrate at a special frequency where none of the molecules in cells vibrate, they can be specifically tracked. We can attach these tiny chemical tags to small biomolecules of interest such as neurotransmitters, nucleic acids, and amino acids, to visualize where these small molecules are in living cells.

How does this technique differ from others used for imaging cells?

A common method in bioimaging is fluorescence microscopy, which involves the protein called green fluorescent protein, or GFP, which was the subject of the 2008 Nobel Prize in Chemistry. GFP glows with a green color and is therefore used as a tag to visualize the insides of cells. However, GFP is a large molecule and is mostly suitable for tagging proteins. Using it as a tag for smaller biomolecules poses the risk of changing the properties of these functional molecules in cells. Our method better retains the properties of these small molecules.

What are some applications of this technique?

We can use our microscopy methods on all kinds of biological tissues to understand activities inside the very complex environments of cells. For example, one application of our method in neurobiology is to visualize the metabolism that goes on in brain tissues involved in degenerative diseases. Because our tools are devised for living cells, they can help us and other researchers trace and understand the changes in metabolic dynamics of diseased brain tissues with high spatial and temporal precision. This will help us gain more insight into the causes and possible treatments for these diseases.

What other methods are you working on?

We want to be able to visualize multiple components in a cellular environment at the same time. This would allow us to understand the relationships and interactions of a variety of the machineries inside cells. We have developed a laser-based microscopy technique called pre-resonance Raman spectroscopy that allows us to achieve a multicolor imaging capability. As a comparison, in fluorescence imaging, the spectral lines—the signatures from the different molecules—are broad and therefore easily overlap with each other, and this limits the total number of molecules that can be resolved in the visible-light range. With our Raman spectroscopy technique, we have created molecules with sharp peaks, allowing us to view them in up to 24 colors.

So far, we can visualize eight colors—corresponding to eight kinds of biomolecules participating in cellular activity at a time in a cell or tissue. These targets include proteins like alpha-tubulin, which makes up microtubules, major structural components of cells. We expect to be able to do even more colors in the near future.Our general goal is to push the frontiers of bioimaging. We want to be able to visualize something that we couldn't see before.

I really like being at a small campus, where basically anywhere is within a 10-minute walk. It's very convenient for talking to other people and setting up interdisciplinary collaborations. It's a dream place to be for any scientist.

It's a really nice place, the climate is great, and I like the food. We just went to a nice place for dinner in Arcadia called Meizhou Dongpo with some faculty. Meizhou is a place in Sichuan Province in China and Dongpo was a very famous Chinese poet who also happened to be a good cook, so that's why the restaurant is named after him. There is a lot of good Chinese food around here! 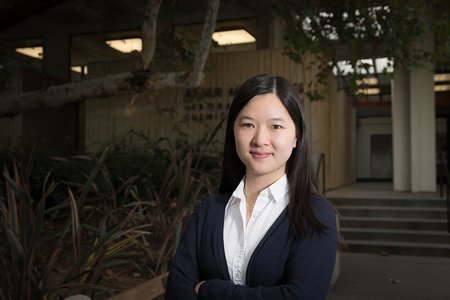 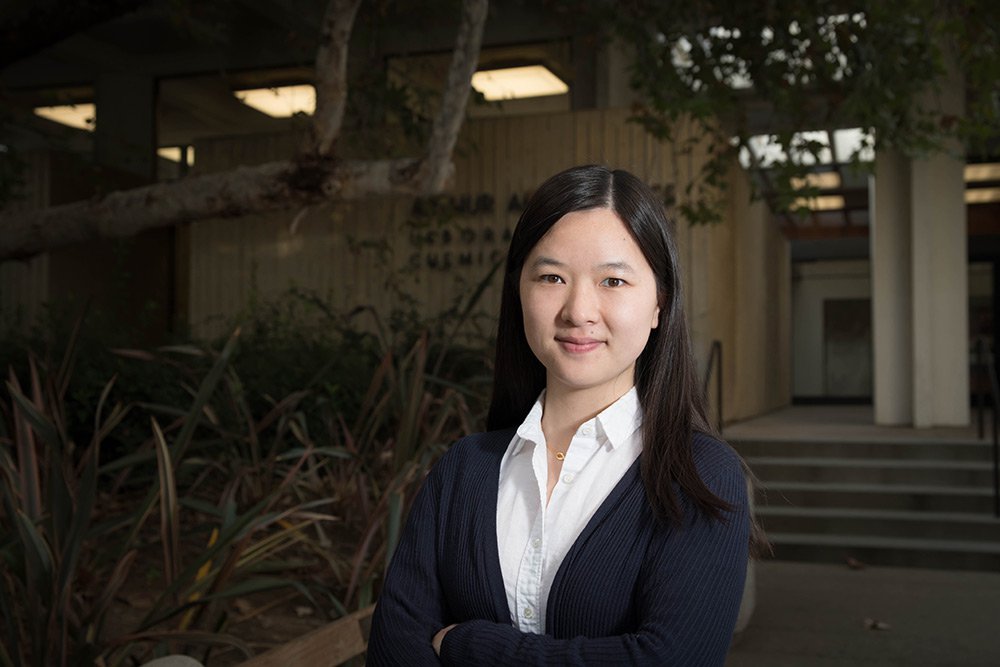