The Future is Autonomous

Looking ahead to a future that is sure to include driverless cars, Caltech faculty members see opportunities and challenges looming.

About 100 attendees packed the Lees-Kubota Lecture Hall on April 19 for an event titled "The Road Ahead: A Panel on the Future of Driverless Vehicles," hosted by the Caltech Associates.

The widespread use of autonomous vehicles has long seemed just over the horizon. Indeed, Murray noted at the event, autonomous cars were "just about to happen" three decades ago. But now, such driverless vehicles realistically might be only years away, thanks to increases in computing power, advances in machine learning, the ubiquity of Google Maps, and the falling prices of necessary hardware such as the laser rangefinders that allow cars to detect where they are in relation to other objects.

As Lienert noted, automakers in Detroit are currently investing in driverless car technology—trying to keep up with start-ups in Silicon Valley—despite the potential for their hard work to end up undercutting their profits. In addition, the panelists said there is a significant opportunity to partner self-driving cars with ridesharing technology. These types of partnerships will be beneficial to ridesharing services like Uber and Lyft. Commuters, particularly those living in dense urban areas, will also see a benefit from being able to get around without personally owning a car.

But automakers may wind up taking a hit, Lienert said.

"If you ask [big automakers], 'How are you going to make money from this?' No one has an answer," Lienert said. "I smell a lot of fear in Detroit. And a lot of the money that's being invested is a knee-jerk reaction to what's happening in Silicon Valley."

Even so, investment and research in autonomous vehicles continues at a furious pace. "What has impressed me, frankly, is how many start-ups are in the autonomous vehicle business," Simoudis said. "These are very capital-intensive businesses … At the end, we'll see who survives."

The panelists noted several concerns about driverless cars, including potential safety and ethical issues. Perona recounted a question once posed to him by a cab driver: Say a human-piloted car runs a red light in front of an autonomous car. The autonomous car has two options. It can swerve onto a sidewalk and hit a child or it can crash into the human-piloted car. How would it decide what to do?

The issues are challenging and without easy answers, but, as Perona noted, such life-or-death decisions are made all the time—for example, by the civil engineers who weigh costs and potential risks when building structures. Japan's Fukushima power plant was designed to be resistant to damage from earthquakes as strong as a magnitude 8. In 2011, a magnitude-9 quake struck, and the plant failed. Could the quake have been anticipated? Perhaps. But such powerful earthquakes are rare enough that engineers determined the risk was minimal.

And though accidents are inevitable with driverless cars, they are still likely to be less common than with the human-piloted vehicles we ride in every day. "We do trust these imperfect systems because we know that statistically, they work well," Perona said.

At the event, questions about safety and ethics triggered discussion about the role of government in regulating driverless cars—another gray area, for the moment. Murray suggested that government officials will be faced with a trade-off between safety and speed of innovation.

"If you're writing flight software and that software has the possibility of leading to the loss of human life, there are lots of regulations about what you have to do to certify that software," Murray said. "That's why airplanes are so safe. But the amount of time it takes to get new innovation into the aerospace industry is huge because you've got to go through all those regulatory hurdles."

Beyond the legal and ethical challenges, several technological obstacles must be overcome before driverless cars become common on the road. One key challenge is teaching driverless cars how to read the behavior of other cars and react accordingly. Perona described the problem of a car attempting to merge onto a crowded freeway. A driverless car would see an impenetrable wall of vehicles, but a human driver could edge forward and wave at other drivers to work his or her way into the line of traffic.

Looking even further into the future, Gharib discussed the potential he sees for driverless flying cars. "One direction that we have no option but to go is up. Flying cars are going to become very central to research over the next five or six years," he said. He added that one of the major challenges land-based driverless cars face is negotiating around one another. "That's because they're confined in two-dimensional space. Once you add the third dimension, you release that restriction. However, you add other complexities," he said.

The Caltech Associates is a 91-year-old community organization with more than 2,000 members, engaging with philanthropists and thought leaders at events like this one to explore some of the world's most transformative scientific and engineering challenges. For members and potential members, upcoming Caltech Associates events include a luncheon on May 16 featuring Bethany Ehlmann, assistant professor of planetary science and JPL research scientist, who will discuss the evolution of Mars; and a private tour of Griffith Observatory on June 19 featuring George Djorgovski, professor of astronomy and director of the Center for Data Driven Discovery, a research center focused on developing methodologies for handling and processing large data sets. For more information on membership, contact the Caltech Associates at (626) 395-4858 or visit associates.caltech.edu. 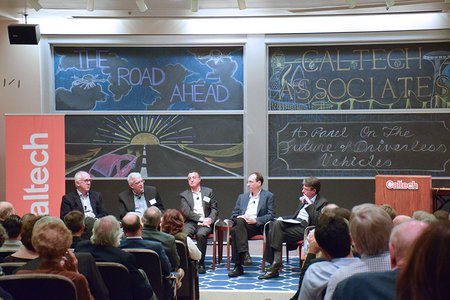 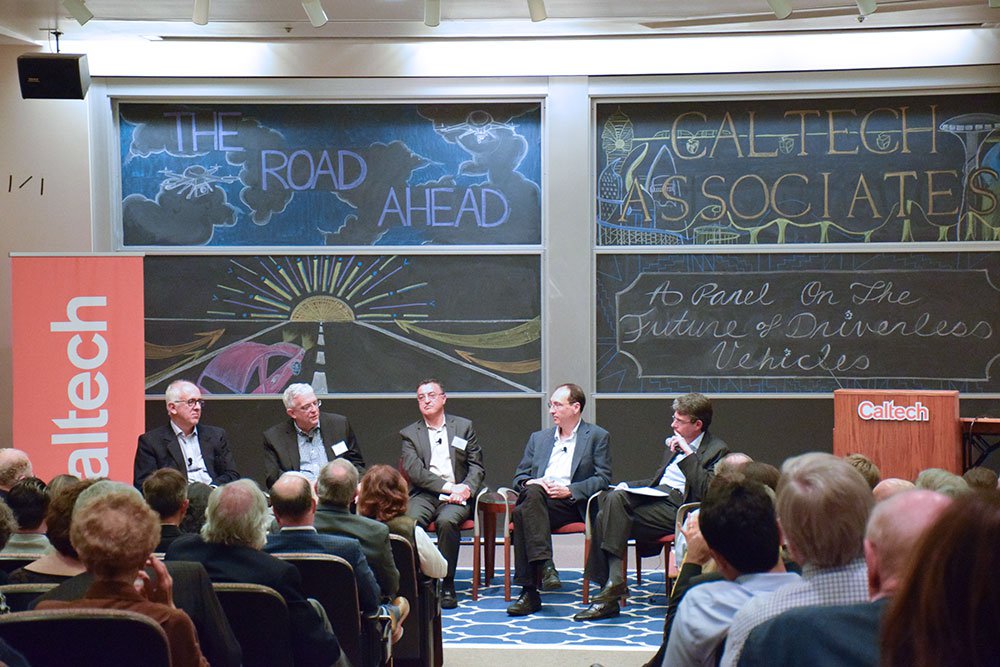