PASADENA, Calif.—Four members of the California Institute of Technology (Caltech) faculty have been named among the researchers being given National Institutes of Health (NIH) Director's Awards. The awards are administered through the NIH's Common Fund, which provides support for research deemed to be both innovative and risky.

"The NIH Director's Award programs reinvigorate the biomedical work force by providing unique opportunities to provide research that is neither incremental nor conventional," said James M. Anderson, director of the Division of Program Coordination, Planning,  and Strategic Initiatives, which guides the Common Fund's High-Risk Research program. "The awards are intended to catalyze giant leaps forward for any area of biomedical research, allowing investigators to go in entirely new directions."

William Clemons Jr., assistant professor of biochemistry, and Thanos Siapas, professor of computation and neural systems, were each presented with an NIH Pioneer Award to promote what the Institutes call "pioneering and possibly transforming approaches" to key challenges in biomedical and behavioral research.

Clemons' project will focus on membrane proteins. "Membrane proteins are an abundant and important class of molecules that play critical roles in medicine," he says. "But progress in understanding these molecules has been hindered by an inability to obtain them in significant quantities. Our goal is to examine the biological principles that cause these limitations, and discover new methods to overcome them. This award will allow us to explore these ideas in ways that aren't possible through traditional funding methods."

Clemons received his BS from Virginia Tech in 1995, and his PhD from the University of Utah in 2000, spending time at the Laboratory of Molecular Biology in Cambridge, UK. After a postdoctoral fellowship at Harvard Medical School, he arrived at Caltech in 2005.

Siapas will use his Pioneer Award to develop neural probes for large-scale recordings of brain activity. "Brain functions such as perception, learning, and memory arise from the coordinated activation of billions of neurons distributed throughout the brain," Siapas says. "While we know a lot about the properties of individual neurons, much less is known about how assemblies of neurons interact to perform computations. Our goal is to develop large-scale, multielectrode arrays that will enable the monitoring of many neurons simultaneously across different brain areas. We hope that such arrays will expose new fundamental insights into brain activity, and will find application in the study of animal models of brain disorders."

Cai and his colleagues are working to use single-molecule microscopy to help them better understand the genetic programs in individual cells. "Our idea is to label the molecules individually," says Cai. "Then we can identify where these molecules are in the cell and how many of them are there, by single-molecule counting. "

"The goal is to monitor individual cells to find out how they work," he adds. "This may provide valuable information about rogue cells that are involved in cancer and other diseases."

Goentoro will be exploring the ways in which cellular signaling molecules respond to their environment. "Have you ever noticed how we can easily whisper to each other in a quiet room, but we have to shout if we're standing on a busy road?" she asks. "In perceiving the world, our sensory systems automatically change their detection sensitivity according to the ambient condition, a phenomenon known as Weber's Law. We have found evidence to suggest that each cell in our body uses this same principle in perceiving signaling molecules in its surroundings. We will use the Innovator Award to explore this relative perception in cells, the underlying mechanism, and how it goes wrong in diseases."

"I am very grateful for the award," Goentoro adds. "It will give us precious freedom to explore ideas we are very curious about."

Goentoro's BS was awarded by the University of Wisconsin, Madison, in 2001, and she got her PhD from Princeton University in 2006. She has been at Caltech since July of this year. 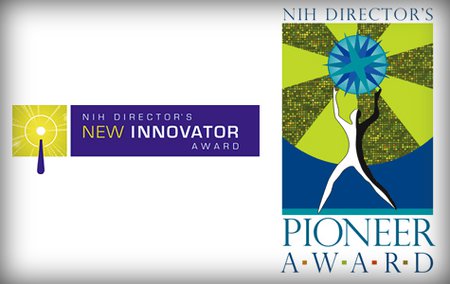 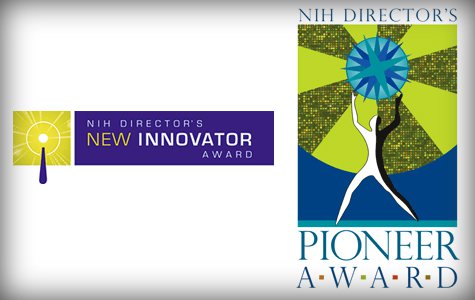