After transferring to Caltech in 1970 and 1971, all four went on to graduate with honors and to pursue careers in science, engineering, technology, or medicine. Now, approaching 45 years since their graduation, Charles, Chung, and Long reflected on their time at the Institute and its lasting impact on their lives and careers. 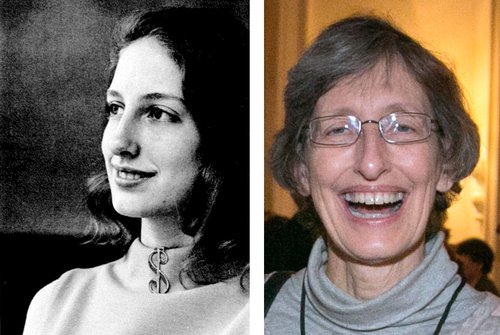 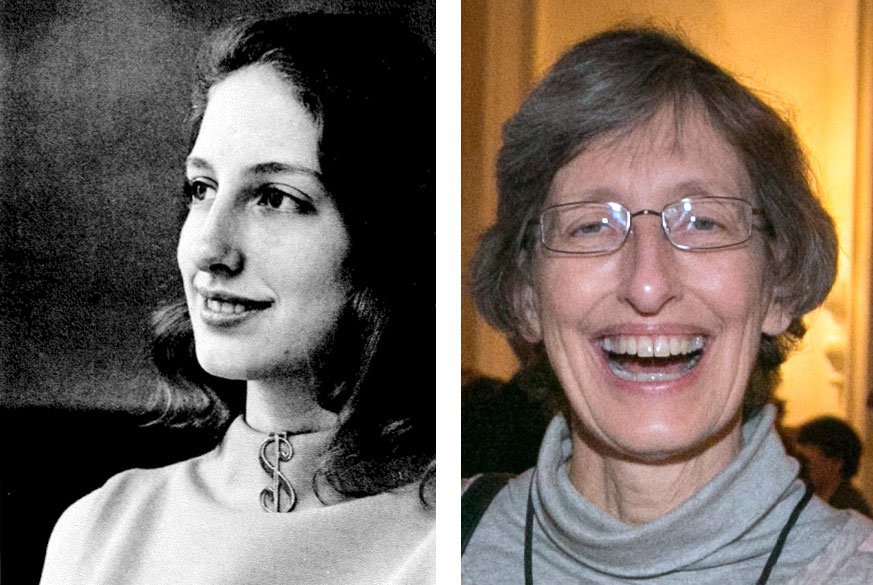 Drawn by the Institute's reputation in physics, Stephanie Charles, originally from Virginia, transferred to Caltech from University of Maryland. She recalls working on a take-home exam in a library on the fourth floor of the George W. Downs Laboratory of Physics and Charles C. Lauritsen Laboratory of High Energy Physics. "I was evidently scowling and really struggling with it. And [Richard] Feynman walked in," she says. "I'm not sure I even really noticed who walked in, but suddenly, I hear him speaking to me, and he says, 'You look like you're struggling with something. Can I help?' And I was so sad to have to say, 'Well, no, it's actually an exam. I'm on my honor not to accept anybody's help.' But it struck me: Where else would a Nobel laureate walk up to a random student and ask if they can help, and where else would there be this honor code that made me say, 'No, I can't accept any help'?"

After graduating with a bachelor's degree in physics, Charles continued her education at Stanford University, earning a master's degree in electrical engineering in 1974.

She went on to a career in engineering and telecommunications. She has since retired and now works as a volunteer with the American Red Cross in Northern California.

"There were two things that I took away from Caltech outside of my physics education and lots of friends," she says. "One was the honor code. The other was how to solve a problem, how to tackle something that you know nothing about and figure it out. And those two things have stood me in good stead in life since. Problem-solving has been just as much a part of my life in the Red Cross as it ever was in my engineering career." 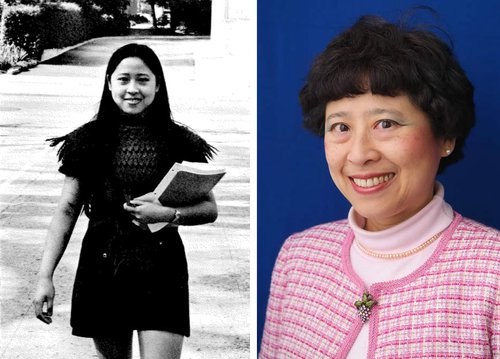 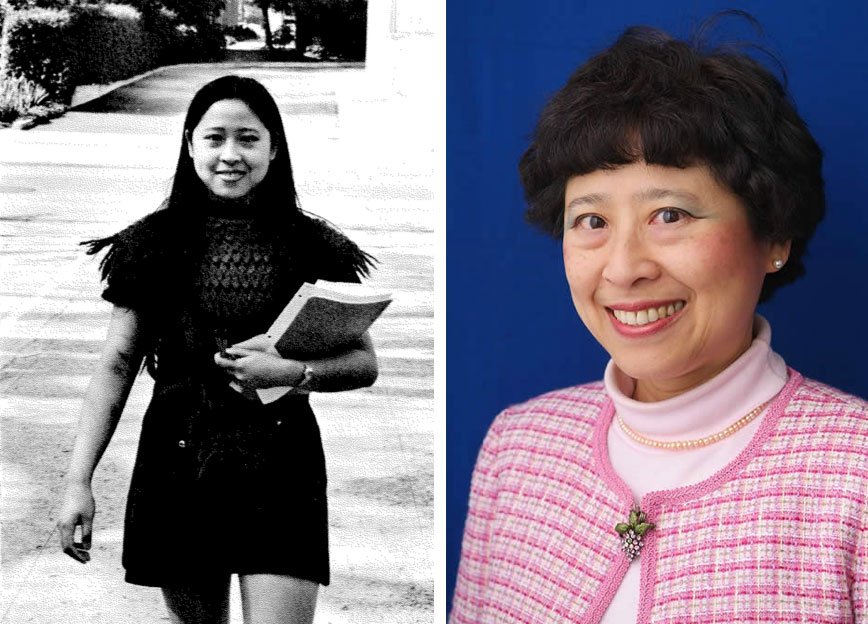 "Through that experience, I literally fell in love with research," she says. "It's pushing the frontier of science. I remember at that time there was no digital computer search of the literature, no Google. So, I spent a lot of time in the library looking at journals and xeroxing them page by page. It wasn't because of any course, it was just because I fell in love with the research. Even today, I'm still as excited, perhaps even more so, about research."

Chung left Caltech with a bachelor's degree in engineering and applied science and a master's in engineering science. After earning a PhD in materials science from the Massachusetts Institute of Technology, she joined the faculty of Carnegie Mellon University and, later, University at Buffalo, The State University of New York, where she is the founding director of the Composite Materials Research Laboratory.

Chung is the inventor of smart concrete, a material in which short carbon fibers are added to concrete so that stress and deformation can be easily detected even before cracks appear. She was the first American woman and the first person of Chinese descent to receive the American Carbon Society's Charles E. Pettinos Award for outstanding research accomplishments in the science and technology of carbon materials.

"A broad-based education, that's what Caltech gave me—basic science and engineering," Chung recalls. "With that under my belt, I was able to learn things on my own. I never took any concrete or cement course in my life, never mixed cement in my life. In fact, in my studies, I was more toward the electrical side. Concrete was something totally out of my realm. But, somehow, I married the electrical side with the concrete, and that led to smart concrete. The broadness of the education laid the foundation so that I could really jump across disciplinary boundaries. Most innovations nowadays are really the marriage of two different things that reside in two different disciplines." 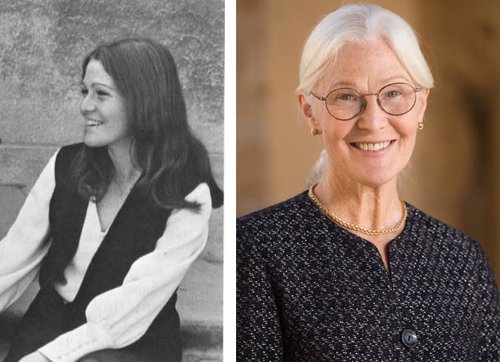 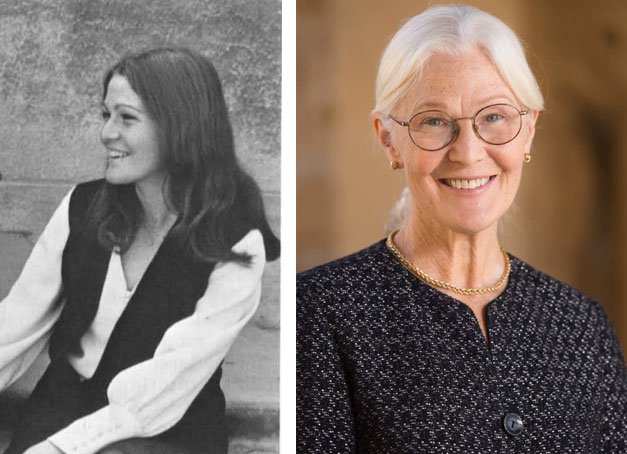 A Colorado native, Sharon Long transferred to Caltech from Harvey Mudd College and pursued an independent study course, double majoring in biochemistry and French literature. She played oboe in the Caltech Woodwind Quintet and was active in student government, serving as director of academic affairs for ASCIT (Associated Students of the California Institute of Technology) and as a student member of the faculty committees on academic policies and curriculum.

Long was co-recipient of the Frederic W. Hinrichs, Jr. Memorial Award, presented annually to the senior who has made the greatest contribution to the student body. At the time of her graduation, she told Caltech's Engineering & Science magazine, "One important factor that contributed to my intellectual growth at Caltech was tackling work that was difficult. You have to get it done, in spite of your frustration. You have to be able to have ideas even when you're confused."

Long, whose research focuses on plant biochemistry and genetics and plant-bacteria symbiosis, earned her PhD at Yale University and joined the Stanford University faculty in 1982. A Caltech distinguished alumna, she was named a MacArthur Fellow in 1992 and, the following year, was elected to the National Academy of Sciences.

Long is now Stanford's William C. Steere, Jr.-Pfizer Inc. Professor in Biological Sciences. Reflecting on her time at Caltech, she notes, "One of the most important benefits is that everyone has what I'd call a can-do attitude or, at least, can-try. If there's a question that's really important, and there's no way to answer it, the Caltech attitude is 'invent a way to answer it' or 'learn the way to answer it,' not 'we can't do it.' I think this is part of the atmosphere. It may not be something you are directly taught—no one puts it in words like that—but the excitement and enterprise and ingenuity that students bring to what they do creates this atmosphere. That has been an invaluable gift to me as a researcher." 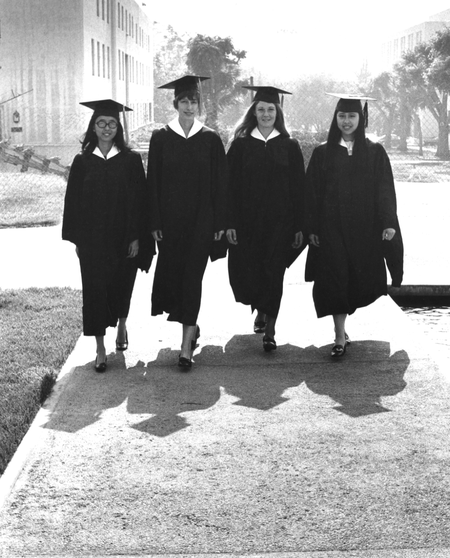 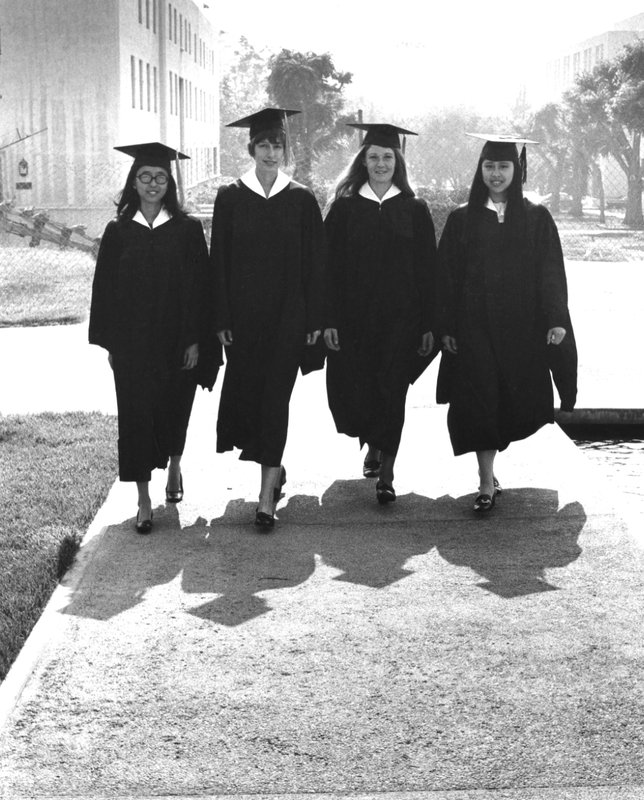