For the first time, an international team led by engineers at Caltech has developed a computer chip with nanoscale optical quantum memory.

Quantum memory stores information in a similar fashion to the way traditional computer memory does, but on individual quantum particles—in this case, photons of light. This allows it to take advantage of the peculiar features of quantum mechanics (such as superposition, in which a quantum element can exist in two distinct states simultaneously) to store data more efficiently and securely.

"Such a device is an essential component for the future development of optical quantum networks that could be used to transmit quantum information," says Andrei Faraon (BS '04), assistant professor of applied physics and materials science in the Division of Engineering and Applied Science at Caltech, and the corresponding author of a paper describing the new chip.

The study appeared online ahead of publication by Science magazine on August 31.

"This technology not only leads to extreme miniaturization of quantum memory devices, it also enables better control of the interactions between individual photons and atoms," says Tian Zhong, lead author of the study and a Caltech postdoctoral scholar. Zhong is also an acting assistant professor of molecular engineering at the University of Chicago, where he will set up a laboratory to develop quantum photonic technologies in March 2018.

The use of individual photons to store and transmit data has long been a goal of engineers and physicists because of their potential to carry information reliably and securely. Because photons lack charge and mass, they can be transmitted across a fiber optic network with minimal interactions with other particles.

The new quantum memory chip is analogous to a traditional memory chip in a computer. Both store information in a binary code. With traditional memory, information is stored by flipping billions of tiny electronic switches either on or off, representing either a 1 or a 0. That 1 or 0 is known as a bit. By contrast, quantum memory stores information via the quantum properties of individual elementary particles (in this case, a light particle). A fundamental characteristic of those quantum properties—which include polarization and orbital angular momentum—is that they can exist in multiple states at the same time. This means that a quantum bit (known as a qubit) can represent a 1 and a 0 at the same time.

To store photons, Faraon's team created memory modules using optical cavities made from crystals doped with rare-earth ions. Each memory module is like a miniature racetrack, measuring just 700 nanometers wide by 15 microns long—on the scale of a red blood cell. Each module was cooled to about 0.5 Kelvin—just above Absolute Zero (0 Kelvin, or -273.15 Celsius)—and then a heavily filtered laser pumped single photons into the modules. Each photon was absorbed efficiently by the rare-earth ions with the help of the cavity.

The photons were released 75 nanoseconds later, and checked to see whether they had faithfully retained the information recorded on them. Ninety-seven percent of the time, they had, Faraon says.

Next, the team plans to extend the time that the memory can store information, as well as its efficiency. To create a viable quantum network that sends information over hundreds of kilometers, the memory will need to accurately store data for at least one millisecond. The team also plans to work on ways to integrate the quantum memory into more complex circuits, taking the first steps toward deploying this technology in quantum networks.

The study is titled "Nanophotonic rare-earth quantum memory with optically controlled retrieval." Other Caltech coauthors include postdoctoral researcher John G. Bartholomew; graduate students Jonathan M. Kindem (MS '17), Jake Rochman, and Ioana Craiciu (MS '17); and former graduate student Evan Miyazono (MS '15, PhD '17). Additional authors are from the University of Verona in Italy; the University of Parma in Italy; the National Institute of Standards and Technology in Colorado; and the Jet Propulsion Laboratory, which is managed for NASA by Caltech. This research was funded by the National Science Foundation, the Air Force Office of Scientific Research, and the Defense Advanced Research Projects Agency. 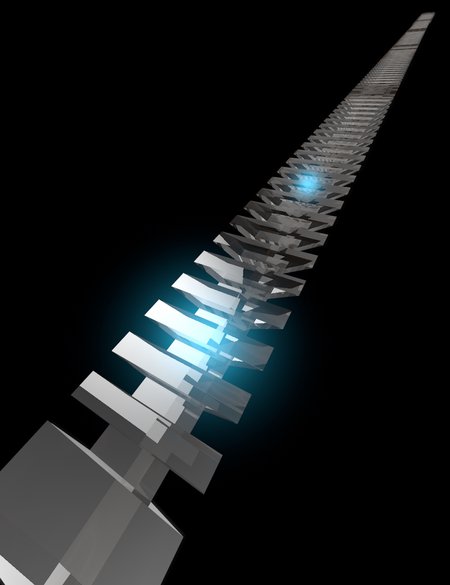 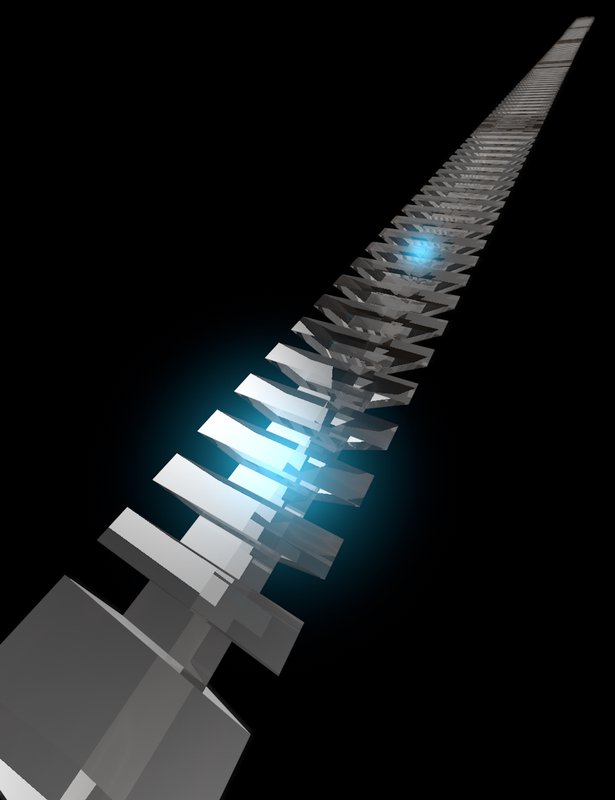