Fighting a Worm with Its Own Genome

Tiny parasitic hookworms infect nearly half a billion people worldwide—almost exclusively in developing countries—causing health problems ranging from gastrointestinal issues to cognitive impairment and stunted growth in children. By sequencing and analyzing the genome of one particular hookworm species, Caltech researchers have uncovered new information that could aid the fight against these parasites.

The results of their work were published online in the March 2 issue of the journal Nature Genetics.

"Hookworms infect a huge percentage of the human population. Getting clean water and sanitation to the most affected regions would help to ameliorate hookworms and a number of other parasites, but since these are big, complicated challenges that are difficult to address, we need to also be working on drugs to treat them," says study lead Paul Sternberg, the Thomas Hunt Morgan Professor of Biology at Caltech and a Howard Hughes Medical Institute investigator.

Medicines have been developed to treat hookworm infections, but the parasites have begun to develop resistance to these drugs. As part of the search for effective new drugs, Sternberg and his colleagues investigated the genome of a hookworm species known as Ancylostoma ceylanicum. Other hookworm species cause more disease among humans, but A. ceylanicum piqued the interest of the researchers because it also infects some species of rodents that are commonly used for research. This means that the researchers can easily study the parasite's entire infection process inside the laboratory.

The team began by sequencing all 313 million nucleotides of the A. ceylanicum genome using the next-generation sequencing capabilities of the Millard and Muriel Jacobs Genetics and Genomics Laboratory at Caltech. In next-generation sequencing, a large amount of DNA—such as a genome—is first reproduced as many very short sequences. Then, computer programs match up common sequences in the short strands to piece them into much longer strands.

"Assembling the short sequences correctly can be a relatively difficult analysis to carry out, but we have experience sequencing worm genomes in this way, so we are quite successful," says Igor Antoshechkin, director of the Jacobs Laboratory.

Their sequencing results revealed that although the A. ceylanicum genome is only about 10 percent of the size of the human genome, it actually encodes at least 30 percent more genes—about 30,000 in total, compared to approximately 20,000-23,000 in the human genome. However, of these 30,000 genes, the essential genes that are turned on specifically when the parasite is wreaking havoc on its host are the most relevant to the development of potential drugs to fight the worm.

Sternberg and his colleagues wanted to learn more about those active genes, so they looked not to DNA but to RNA—the genetic material that is generated (or transcribed) from the DNA template of active genes and from which proteins are made. Specifically, they examined the RNA generated in an A. ceylanicum worm during infection. Using this RNA, the team found more than 900 genes that are turned on only when the worm infects its host—including 90 genes that belong to a never-before-characterized family of proteins called activation-associated secreted protein related genes, or ASPRs.

"If you go back and look at other parasitic worms, you notice that they have these ASPRs as well," Sternberg says. "So basically we found this new family of proteins that are unique to parasitic worms, and they are related to this early infection process." Since the worm secretes these ASPR proteins early in the infection, the researchers think that these proteins might block the host's initial immune response—preventing the host's blood from clotting and ensuring a free-flowing food source for the blood-sucking parasite.

If ASPRs are necessary for this parasite to invade the host, then a drug that targets and destroys the proteins could one day be used to fight the parasite. Unfortunately, however, it is probably not that simple, Sternberg says.

"If we have 90 of these ASPRs, it might be that a drug would get rid of just a few of them and stop the infection, but maybe you'd have to get rid of all 90 of them for it to work. And that's a problem," he says. "It's going to take a lot more careful study to understand the functions of these ASPRs so we can target the ones that are key regulatory molecules."

Drugs that target ASPRs might one day be used to treat these parasitic infections, but these proteins also hold the potential for anti-A. ceylanicum vaccines—which would prevent these parasites from infecting a host in the first place, Sternberg adds. For example, if a person were injected with an ASPR protein vaccine before travelling to an infection-prone region, their immune system might be more prepared to successfully fend off an infection.

"A parasitic infection is a balance between the parasites trying to suppress the immune system and the host trying to attack the parasite," says Sternberg. "And we hope that by analyzing the genome, we can uncover clues that might help us alter that balance in favor of the host."

These findings were published in a paper titled, "The genome and transcriptome of the zoonotic hookworm Ancylostoma ceylanicum identify infection-specific gene families." In addition to Sternberg and Antoshechkin, other coauthors include Erich M. Schwarz of Cornell University; and Yan Hu, Melanie Miller, and Raffi V. Aroian from UC San Diego. Sternberg's work was funded by the National Institutes of Health and the Howard Hughes Medical Institute. 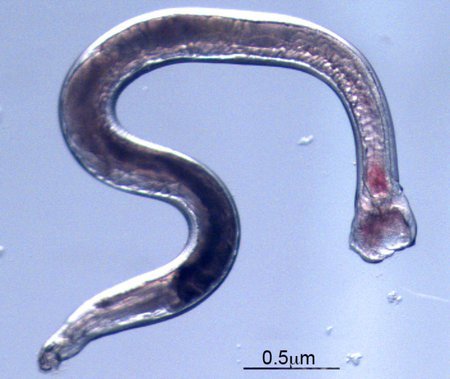 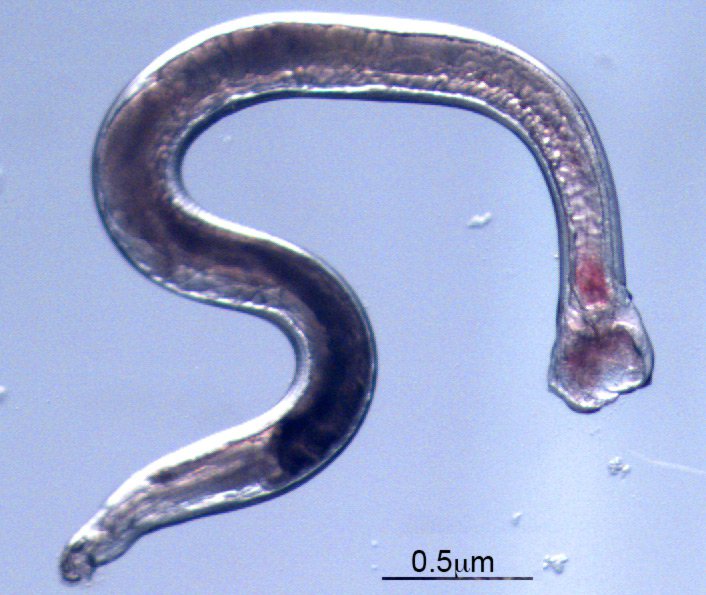