Quantum electrodynamics, as this previously reluctant partnership is known, treats the behavior of electromagnetic fields in the same manner as it treats the behavior of the electrons producing them—as particles, whose interactions can be described using probability theory. (In this case, the particles are little packages of electromagnetic energy called photons, which we usually think of as particles of light.) The so-called probability amplitude for anything more elaborate than an isolated hydrogen atom is far too complex to solve directly, so the standard quantum-mechanics approach is to start with a solvable, relatively simple equation and keep adding smaller and smaller corrections to it according to well-defined rules. The solution gets closer and closer to the actual answer as the corrections diminish in size, so you simply decide how accurate you need to be for the task at hand. However, describing an electromagnetic field in such a manner means allowing the photons to carry infinite momentum, and it had become clear by the late 1930s that such equations did not converge on the correct answer—adding corrections merely piled infinities upon infinities.

While Schwinger and Tomonaga used highly mathematical approaches to the problem, Feynman characteristically took a different point of view. He drew pictures of every possible interaction between photons and electrons, including those involving "virtual" particles undetectable by the outside world. For example, an electron can spontaneously emit and reabsorb a photon—a self-interaction that contributes appreciably to the electron's mass. And a photon can transmute into an electron and its antimatter twin, the positron, with the two immediately annihilating each another to produce a new photon and helping to create the so-called vacuum energy that pervades empty space. Far more complex pictures are possible—and usually necessary. These iconic doodles, now called Feynman diagrams, allowed him to calculate each scenario's probability amplitude independently and add them all up to get the correct answer.

Back in the 1960s, Nobel laureates got a congratulatory 9:00 a.m. telegram from Stockholm rather than a 3:00 a.m. phone call. Even so, Feynman was awakened at 3:45 a.m. by a reporter who broke the news to him, then asked, "Aren't you pleased to hear that you've won the prize?" "I could have found out later this morning," the groggy Feynman replied. "Well, how do you feel, now that you've won it?" the reporter persisted.

At the customary press conference held at a more reasonable hour at Caltech's faculty club, the Athenaeum, a reporter asked, "Is there any way your work can be explained in layman's terms?" "There certainly must be," Feynman replied. "But I don't know what it is."

Feynman was a master teacher with a flair for showmanship, and for him to be at a loss for words—even in jest—may have been a first. The final installment of his textbook The Feynman Lectures on Physics had come out that June. Distilled from the Physics 1 and 2 course sequence he had taught to 180 Caltech freshmen in 1961–62 and to the same group as sophomores the following year, the work's three volumes appeared in 1963, 1964, and 1965. The lectures, a complete reimagining of introductory physics, had been motivated by the rapid pace of discoveries in the field in the 1950s and by the improvements in high-school mathematics instruction brought on by the space race—which the Soviets were winning in 1961 by a score of three to nothing, having successively put the first satellite, the first animal (Laika the dog), and the first human (Yuri Gagarin) into orbit.

"A substantial number" of Caltech's physics faculty had proffered outlines of topics the two-year course should cover, wrote professor Robert Leighton (BS '41, MS '44, PhD '47) in the foreword to the series. He noted that the hundred-plus lectures were envisioned as "a cooperative effort by N staff members who would share the total burden symmetrically and equally: each man would take responsibility for 1/N of the material, deliver the lectures, and write text material for his part." This unworkable scheme was quickly abandoned after physics professor Matthew Sands volunteered Feynman for the entire job. Feynman agreed—on the condition that he did not have to write anything. Instead, each lecture was audiotaped and transcribed, and every diagram was photographed. "It was expected that the necessary editing would be minor . . . to be done by one or two graduate students on a part-time basis. Unfortunately, this expectation was short-lived," Leighton wrote. In fact, it "required the close attention of a professional physicist for from ten to twenty hours per lecture!" Leighton and Sands worked on it by turn, with Feynman doing the final edit himself.

In the end, however, it was all worth the effort. More than 1.5 million sets of the iconic, bright red volumes have been sold in English alone, and at least a dozen translations into other languages exist. The book has gone through three editions and remains in print to this day; on September 13, 2013 Caltech posted a freely available electronic version whose equations and graphics scale automatically to the reader's device. In the 25 months since then, the site has been accessed more than eight million times by nearly 1.7 million individuals. 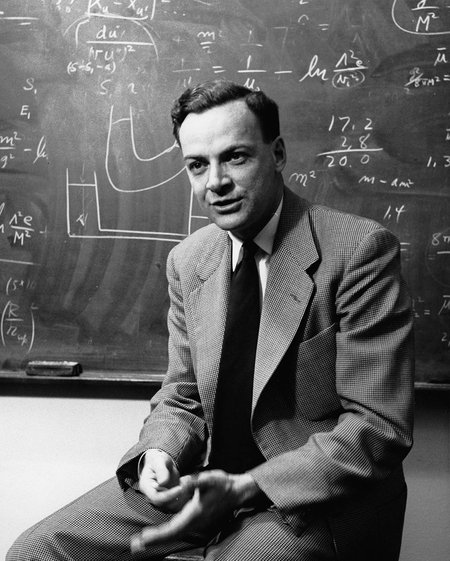 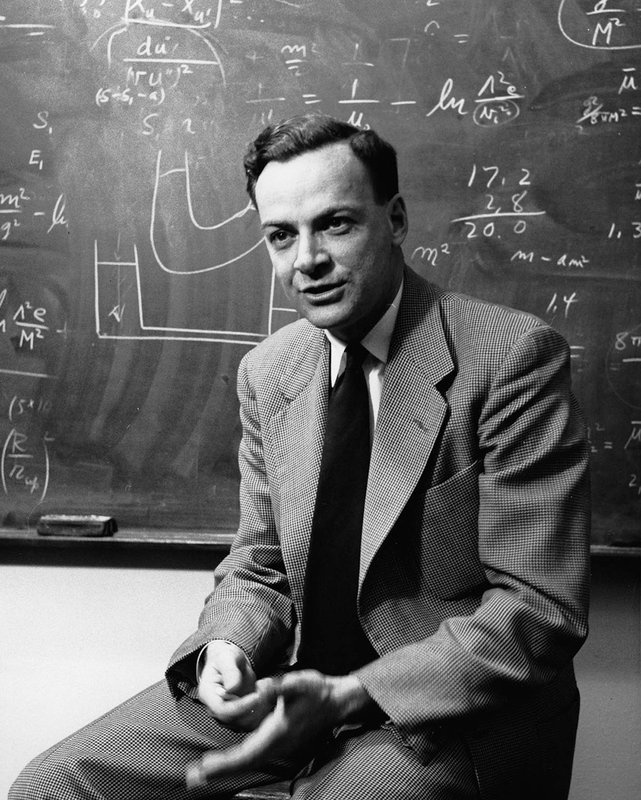