Munk's early research on quantitative prediction of surf conditions was instrumental in ensuring the success of Allied amphibious landings during World War II. As a professor of geophysics at the Scripps Institution of Oceanography at the University of California, San Diego, in La Jolla, California, he pioneered the use of sound waves for studying the ocean's structure, demystified the phenomenon of tidal locking, and led a global study of sea temperature that conclusively demonstrated the reality of climate change.

Possessed of a gift for translating observations of nature into profound quantitative descriptions, Munk laid the foundations of modern physical oceanography. A maverick who championed brave, revolutionary ideas, Munk was the first to understand the influence of tidal forces on the rotation of planets, the first to use power spectra to describe waves, and was one of the first scuba divers on an oceanographic expedition.

"Walter was a legend in the field. I can hardly get through a couple lectures in my introduction to oceanography course without mentioning one of his major contributions," says fellow oceanographer Andrew Thompson, professor of environmental science and engineering at Caltech, who earned his PhD at Scripps. "It was a privilege to meet and talk with Walter as a graduate student and to see, firsthand, his love of science."

"He enjoyed interacting with students and would open up his house every year to welcome incoming graduates at Scripps's open house," Thompson remembers. "It was also remarkable and inspiring to see him giving insightful, challenging, and entertaining presentations, and publishing new ideas well into his 90s. He will be greatly missed, but his contributions will continue to shape the field of oceanography for generations."

Munk was born in October 19, 1917, in Vienna, then the capital of the Austro-Hungarian Empire, which would dissolve just over a year later at the end of World War I. After the war, Munk's parents divorced, and he was raised by his mother. In 1932, she sent Munk to a boy's preparatory school in New York, hoping to ready him for career in finance, the family business.

Six years later, Austria was annexed by Nazi Germany, by which time Munk was an undergraduate at Caltech studying applied physics.

"I made a mess of [finance] and didn't like it, and then went as far as I could from New York into Pasadena," recalled Munk in an interview for the Niels Bohr Library and Archives oral histories project. "I very naively appeared at the Caltech dean's office, telling him I was going to come, and he asked me to wait till he got my file. I said, 'There isn't any file. I didn't realize I had to go apply before I came.' It was a marvel; it was amazing that I got in at all."

Munk had broad academic interests as an undergraduate and discovered oceanography only by chance; his girlfriend was spending the summer in La Jolla, and he took a job at the Scripps Institution of Oceanography to be closer to her.

It didn't work out with the girl, but Munk's experience at Scripps helped him develop a fierce and enduring fascination with the ocean that would set the tempo for the rest of his life. He asked his adviser, Harald Ulrik Sverdrup, to take him on as a graduate student.

A world away, Hitler had just annexed Austria, and Munk's family was forced to flee the new Nazi regime. They resettled in Pasadena. Munk applied for U.S. citizenship in 1939 and enlisted in the Army's ski battalion after earning his master's degree at Caltech in 1940. "I didn't wait, wasn't drafted," he recalled. "I joined as an enlisted man. … I volunteered, and I did not volunteer the fact that I'd gone to university when I joined." His education wouldn't stay secret for long. A little over a year after he enlisted, Sverdrup asked Munk to join a defense-related research project at Scripps. Munk agreed and arranged for a discharge on the basis of his unique background in oceanography.

Working with Sverdrup, Munk developed the first quantitative method for predicting surf conditions. The coast of northwest Africa is notorious for dangerous winter waves, which could overturn landing craft, killing servicemen and potentially derailing entire amphibious operations. The pair developed formulas that could be used to predict the severity of surf on a given day, ensuring the success of amphibious operations in Africa, the Pacific, and the Normandy landings of 1944. Munk described the work at a 2017 Caltech symposium marking the 90th anniversary of the Division of Geological and Planetary Sciences.

After the war, Munk remained involved in defense research, joining a team of oceanographers working as consultants on the American atomic bomb tests in the Pacific. He also invented the tsunami early-warning system and discovered the role of deep waves in mixing deep ocean waters before earning his PhD at the University of California, Los Angeles, and joining the Scripps faculty as an assistant professor in 1947.

Over the next decade, he performed the first rigorous quantitative analysis to show how ocean tides act over geologic time to slow the planet's rotation and force the moon to spiral slowly away from the earth. He later discovered tidal locking, the phenomenon that forces the same face of the moon to point earthward. Munk's mathematics hold wherever we find tidally locked bodies in the universe, from the moons of Jupiter and Saturn to alien worlds huddled in the narrow halos of habitable space ringing their cold red-dwarf suns.

With his appointment first to full professor in 1954 and later to associate director of the Institute of Geophysics and Planetary Physics (IGPP) in 1959, Munk's career progressed in tandem with his research. IGPP was itself a product of Munk's vision of an oceanographic field integrated with the broader fields of geophysics and planetary science, and it was funded, designed, constructed, and operated through his efforts and those of his wife, Judith.

Munk served on one of the committees of the International Geophysical Year in 1958 and later joined geologist Harry Hess on Project Mohole, an ambitious project to drill into the earth's mantle. The project ultimately failed, but in demonstrating that ocean drilling was possible, Munk and his colleagues catalyzed a revolution in humanity's understanding of geology and Earth history. In Munk's view, failure wasn't something to be avoided. "I've failed so many times," he said in an interview with Triton magazine on the occasion of his 100th birthday in 2017. "People are so afraid of doing something that doesn't work. We ought to encourage students to experiment and make mistakes. We ought to give degrees for experiments done very well that have failed."

During this time, Munk joined the Ocean Studies Board of the National Academy of Sciences (NAS) as chairman, and he sat on the President's Science Advisory Committee and the Naval Research Advisory Committee. He was also a member of JASON, a group of elite researchers that advise the military on scientific issues.

Despite his growing involvement in policy, Munk spent much of the 1960s crisscrossing the Pacific. He lived on Tutuila, American Samoa, while researching very long Pacific swells and set up monitoring stations from New Zealand to Alaska to prove his hypothesis that the swells circumnavigate the earth on a great-circle route from their origins in the Southern Hemisphere's massive storms. This was Munk's first large ocean experiment.

Over the next decades, Munk improved his tide-prediction models and created instruments to measure tides in the open sea as part of the Mid-Ocean Dynamics Experiment. In 1981, after discovering that internal waves in the deep ocean affect the propagation of sound through water, he developed the ocean acoustic tomography technique to study shifting structures within the ocean, features he called "underwater weather."

Even decades after his official retirement, Munk remained involved in research and scientific advisory efforts. He published his last peer-reviewed paper in 2015 at age 98 and, in that same year, participated in the Vatican City conferences on climate change attended by Pope Francis. He held the Secretary of the Navy/Chief of Naval Operations Oceanography Chair at Scripps until his death.

Munk was a member of the NAS and the Russian Academy of Sciences and a fellow of the Royal Society. He was the recipient of numerous national and international honors including the National Medal of Science (1983); the Crafoord Prize (2010); the Vetlesen Prize, sometimes called the "Nobel Prize in geology" (1993); the NAS Agassiz Medal; the Kyoto Prize, Japan's highest award for global achievement; and the inaugural Prince Albert I Medal (2001), given by Prince Rainier of Monaco in partnership with the International Association for the Physical Sciences of the Oceans.

He is survived by his wife, Mary, his daughters Edie and Kendall, and other family. 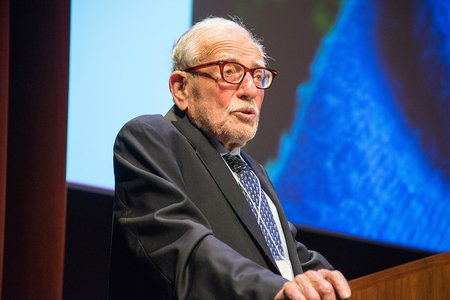 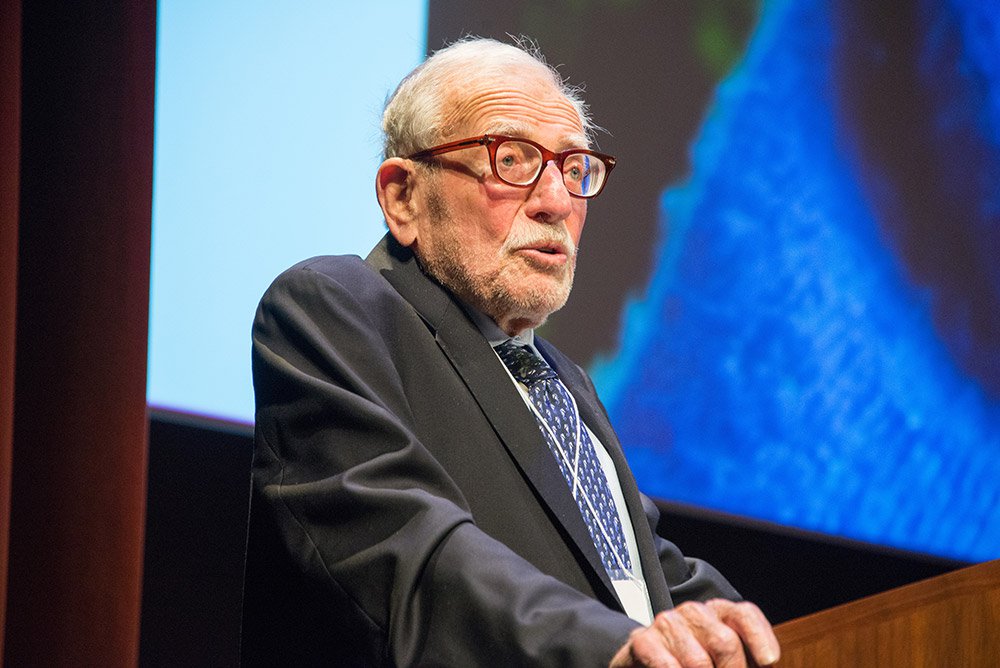