Brown dwarfs are relatively cool, dim objects that are difficult to detect and hard to classify. They are too massive to be planets, yet possess some planetlike characteristics; they are too small to sustain hydrogen fusion reactions at their cores, a defining characteristic of stars, yet they have starlike attributes.

By observing a brown dwarf 20 light-years away using both radio and optical telescopes, a team led by Gregg Hallinan, assistant professor of astronomy at Caltech, has found another feature that makes these so-called failed stars more like supersized planets—they host powerful auroras near their magnetic poles.

The findings appear in the July 30 issue of the journal Nature.

"We're finding that brown dwarfs are not like small stars in terms of their magnetic activity; they're like giant planets with hugely powerful auroras," says Hallinan. "If you were able to stand on the surface of the brown dwarf we observed—something you could never do because of its extremely hot temperatures and crushing surface gravity—you would sometimes be treated to a fantastic light show courtesy of auroras hundreds of thousands of times more powerful than any detected in our solar system."

In the early 2000s, astronomers began finding that brown dwarfs emit radio waves. At first, everyone assumed that the brown dwarfs were creating the radio waves in basically the same way that stars do—through the action of an extremely hot atmosphere, or corona, heated by magnetic activity near the object's surface. But brown dwarfs do not generate large flares and charged-particle emissions in the way that our sun and other stars do, so the radio emissions were surprising.

While in graduate school, in 2006, Hallinan discovered that brown dwarfs can actually pulse at radio frequencies. "We see a similar pulsing phenomenon from planets in our solar system," says Hallinan, "and that radio emission is actually due to auroras." Since then he has wondered if the radio emissions seen on brown dwarfs might be caused by auroras.

Following his hunch, Hallinan and his colleagues conducted an extensive observation campaign of a brown dwarf called LSRJ 1835+3259, using the National Radio Astronomy Observatory's Very Large Array (VLA), the most powerful radio telescope in the world, as well as optical instruments that included Palomar's Hale Telescope and the W. M. Keck Observatory's telescopes.

This movie shows the brown dwarf, LSRJ 1835+3259, as seen with the National Radio Astronomy Observatory's Very Large Array, pulsing as a result of the process that creates powerful auroras.
Credit: Stephen Bourke/Caltech

Using the VLA they detected a bright pulse of radio waves that appeared as the brown dwarf rotated around. The object rotates every 2.84 hours, so the researchers were able to watch nearly three full rotations over the course of a single night.

Next, the astronomers used the Hale Telescope to observe that the brown dwarf varied optically on the same period as the radio pulses. Focusing on one of the spectral lines associated with excited hydrogen—the h-alpha emission line—they found that the object's brightness varied periodically.

"As the electrons spiral down toward the atmosphere, they produce radio emissions, and then when they hit the atmosphere, they excite hydrogen in a process that occurs at Earth and other planets, albeit tens of thousands of times more intense," explains Hallinan. "We now know that this kind of auroral behavior is extending all the way from planets up to brown dwarfs."

In the case of brown dwarfs, charged particles cannot be driven into their magnetosphere by a stellar wind, as there is no stellar wind to do so. Hallinan says that some other source, such as an orbiting planet moving through the brown dwarf's magnetosphere, may be generating a current and producing the auroras. "But until we map the aurora accurately, we won't be able to say where it's coming from," he says.

He notes that brown dwarfs offer a convenient stepping stone to studying exoplanets, planets orbiting stars other than our own sun. "For the coolest brown dwarfs we've discovered, their atmosphere is pretty similar to what we would expect for many exoplanets, and you can actually look at a brown dwarf and study its atmosphere without having a star nearby that's a factor of a million times brighter obscuring your observations," says Hallinan.

Just as he has used measurements of radio waves to determine the strength of magnetic fields around brown dwarfs, he hopes to use the low-frequency radio observations of the newly built Owens Valley Long Wavelength Array to measure the magnetic fields of exoplanets. "That could be particularly interesting because whether or not a planet has a magnetic field may be an important factor in habitability," he says. "I'm trying to build a picture of magnetic field strength and topology and the role that magnetic fields play as we go from stars to brown dwarfs and eventually right down into the planetary regime."

The work, "Magnetospherically driven optical and radio aurorae at the end of the main sequence," was supported by funding from the National Science Foundation. Additional authors on the paper include Caltech senior postdoctoral scholar Stephen Bourke, Caltech graduate students Sebastian Pineda and Melodie Kao, Leon Harding of JPL, Stuart Littlefair of the University of Sheffield, Garret Cotter of the University of Oxford, Ray Butler of National University of Ireland, Galway, Aaron Golden of Yeshiva University, Gibor Basri of UC Berkeley, Gerry Doyle of Armagh Observatory, Svetlana Berdyugina of the Kiepenheuer Institute for Solar Physics, Alexey Kuznetsov of the Institute of Solar-Terrestrial Physics in Irkutsk, Russia, Michael Rupen of the National Radio Astronomy Observatory, and Antoaneta Antonova of Sofia University. 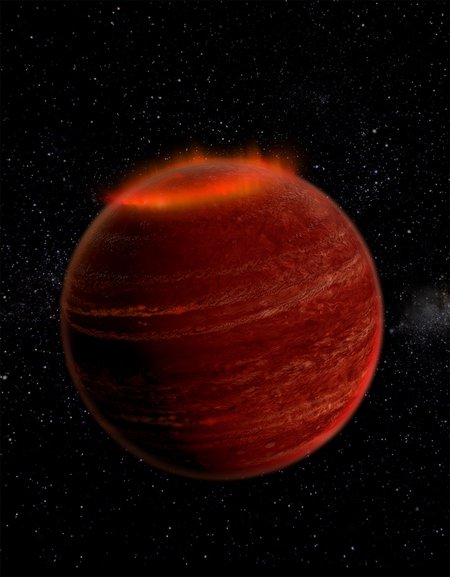 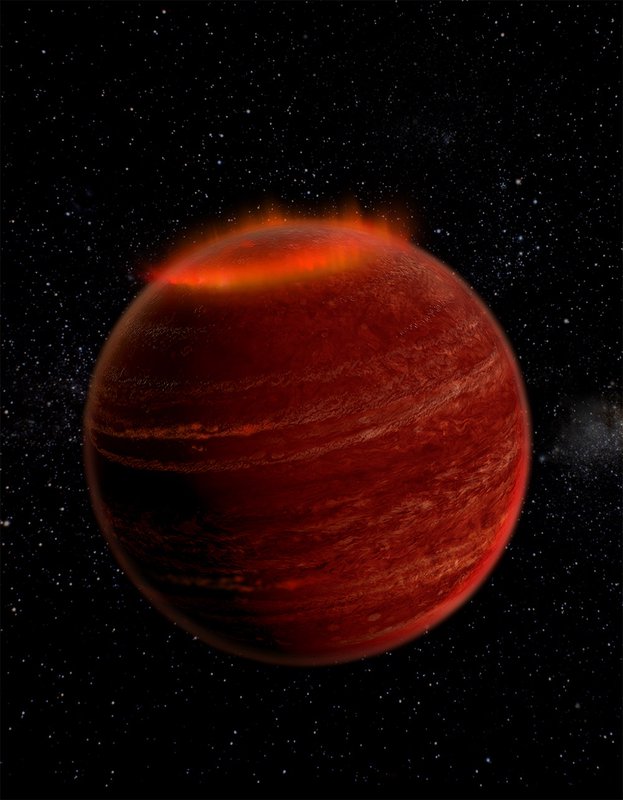