Faculty, Staff, and Students Gearing Up for Summer Research Program

The days are growing longer, the temperatures are growing warmer, and the Caltech community is once again preparing for that time of the year—summer research season.

This year, over 400 students have been accepted into the Summer Undergraduate Research Fellowships (SURF) program, a campus staple since 1979. They will, under the supervision of a faculty mentor, engage in 10 weeks of research during the summer months.

The program begins in February each year, when students who wish to participate in SURF find a faculty mentor and submit a research proposal to the program's coordinators. Those who are accepted receive a $6,000 award to fund their research.

Candace Rypisi, director of student-faculty programs, says research holds many benefits for students, beyond even the chance to co-author a peer-reviewed paper.

"We know from studies that students who participate in undergraduate research generally have better academic records, have higher GPAs, graduate at a higher rate, and go to graduate school at higher rates," Rypisi says.

In the months leading up to the start of SURF, students may begin working a few hours a week in labs to prepare for their research experience, while organizers hold orientations and activities like Undergraduate Research Week, which ran from April 3 to 7.

That week included a presentation by the editors of the Caltech Undergraduate Research Journal, encouraging students to publish their research, as well as other activities designed to get students thinking about why undergraduate research is important to them.

Anita Chen, a senior majoring in chemistry and minoring in English, has participated in SURF twice, most recently in the lab of Michael Hoffmann, the Theodore Y. Wu Professor of Environmental Science, where she worked on creating polymers for portable water filtration. Before that, she engaged in research in the lab of Nate Lewis, the George L. Argyros Professor and professor of chemistry, developing catalysts that generate hydrogen gas. Her research experiences, she says, taught her skills that enhanced other parts of her educational experience.

"My experience with freshman chemistry lab was not good. I was clumsy," she says. "SURF definitely helped me get my wings in the lab. As a freshman, I didn't realize how impactful research could be to education."

Emily Miaou, a junior majoring in chemical engineering, has been doing her undergraduate research with Frances Arnold, the Dick and Barbara Dickinson Professor of Chemical Engineering, Bioengineering and Biochemistry, and director of the Donna and Benjamin M. Rosen Bioengineering Center.

In Arnold's lab, Miaou is focused on evolving a common enzyme for use in sustainable energy production. She says it's given her a perspective that helps her in her studies.

"You connect the dots and say, 'Oh, I've done this in lab before,' so you understand the concepts better," she says. "I'm incredibly grateful because I don't think I would have this experience elsewhere."

Manzanares says that surveys completed by SURF show they also gain a sense of accomplishment because of their experiences.

"They say it was one of the most important parts of their undergrad experience—that they loved being treated like a full participant in research like a grad student, that they felt like they were making a contribution," she says.

For Noah Huffman, a sophomore majoring in physics and business administration and management, that feeling has been powerful. He says that as a native of an area of western Pennsylvania where the Rust Belt and Appalachia overlap, he didn't have a lot of exposure to opportunities in the sciences.

"There was never anyone in my life who had anything to do with science," he says. "You have a lot of honest, hard-working people, but if you asked them what a scientist does day to day, they probably couldn't answer you."

This summer, Huffman is headed to the Niels Bohr Institute at the University of Copenhagen to study how light interacts with matter at the atomic and subatomic levels. It's a field of study that could have applications within quantum computing.

Huffman's first SURF experience, the summer after his freshman year, took him to JPL, which is managed by Caltech for NASA and hosts some SURF students. There, he studied thermoelectric devices—which convert heat directly into electricity without any moving parts.

"To have the opportunity to not just be on the bleeding edge of science, but to do it at NASA …

Here I am, a 19-year-old kid, and the only thing I know is that I know nothing," he says. "To work at an organization that put a man on the moon is incredible. 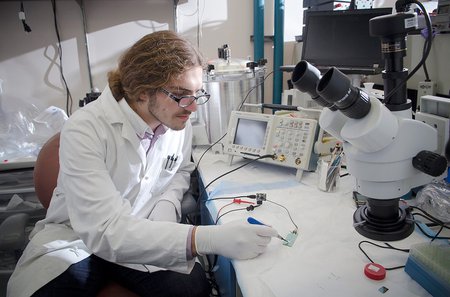 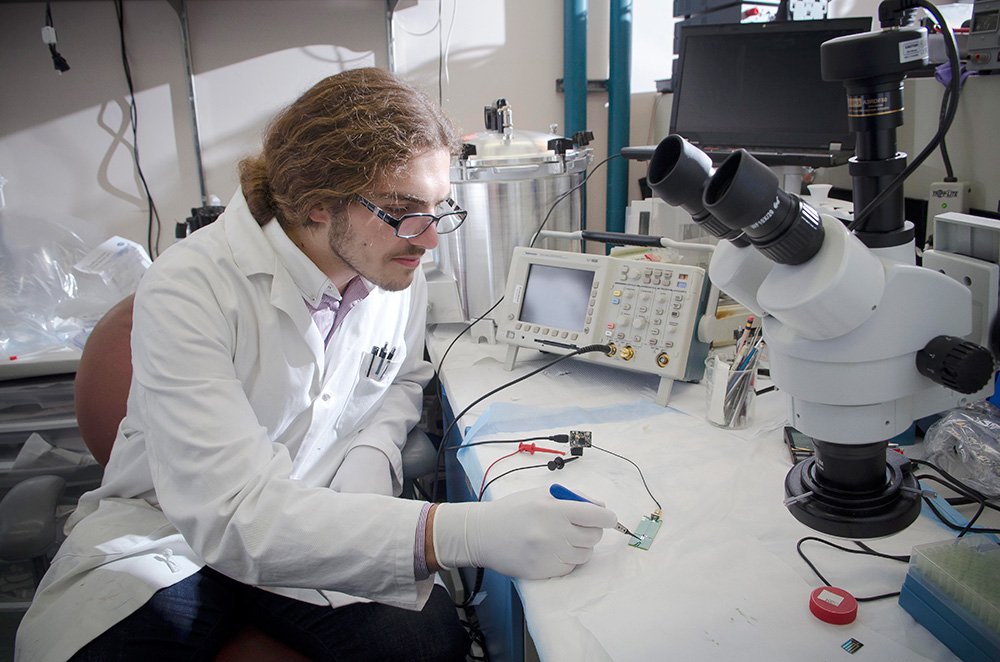