Eric Davidson, Caltech's Norman Chandler Professor of Cell Biology, has been awarded the 2011 International Prize for Biology by the Japan Society for the Promotion of Science. On November 28, Davidson received a medal at a ceremony in Tokyo and an imperial gift, a silver vase from Emperor Akihito. The award also includes ten million yen (more than $125,000 USD).

Davidson was recognized for pioneering the concept of gene regulatory networks, which are networks of hundreds of interacting regulatory genes that control the development of an animal from embryo to adult. Regulatory genes are segments of DNA that determine when and where other genes are turned on or off. Ultimately, these regulatory networks dictate the expression of all the genes that encode for the proteins responsible for an animal's biological structure and function. Each year's International Prize for Biology is awarded in a different area of biology; this year, the prize recognized achievements in developmental biology.

"Eric has been a true pioneer in recognizing that complexity is a fundamental attribute of biological systems," says Stephen Mayo, the Bren Professor of Biology and Chemistry at Caltech, and chair of the Division of Biology. "His recognition for achievements in developmental biology is both timely and well deserved."

Davidson is the fourth winner from Caltech since the inception of the prize in 1985. Previous Caltech recipients are Masakazu Konishi, the Bing Professor of Behavioral Biology; Elliot Meyerowitz, the George Beadle Professor of Biology; and the late Seymour Benzer.

The prize was established to commemorate the 60-year reign of Emperor Akihito's late father, Hirohito, who was long interested in biological research. Akihito himself has published papers on fish evolution, and his son, Prince Fumihito, has a PhD in evolutionary bioscience. Crown Prince Naruhito attended the ceremony and was joined by Empress Michiko for the reception. A two-day symposium in Kyoto, called "Genetic Control of Development," followed the ceremony. "The week was an unforgettable experience," Davidson says. 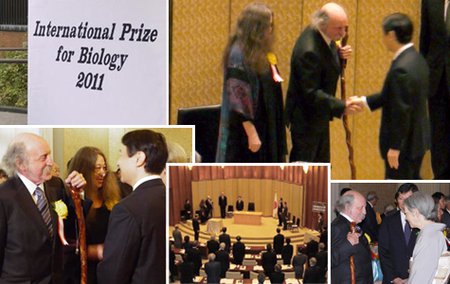 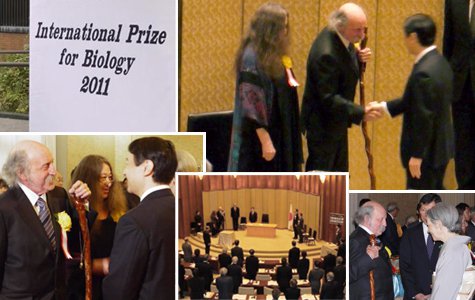