This year the Richard P. Feynman Prize for Excellence in Teaching has been awarded to Professor of English Kevin Gilmartin, who has taught at Caltech for the past 24 years.

Gilmartin was nominated for this prize by students in several different disciplines, who praise his enthusiasm and accessibility, his artful handling of classroom discussion and debate, and his patient tutoring in the fine art of writing. In teaching evaluations, students describe Gilmartin as "an eloquent lecturer" and a "supportive professor" whose "enthusiasm is contagious."

The Feynman Prize committee—tasked with honoring a professor "who demonstrates, in the broadest sense, unusual ability, creativity, and innovation" in teaching—was unanimous in its support of Gilmartin, describing him as "an example to the Institute of the possibilities for engagement, discovery, and growth through classroom teaching."

Gilmartin's classes are no steady trudge through lectures and essays. Rather, they are taught seminar-style with student presentations, classroom discussions, and field trips to the Huntington Library. Gilmartin notes that he is particularly interested in helping students understand the historical context in which works of literature are produced, a theme that dominates his scholarly work as well. For example, this semester in a course on the works of Jane Austen (English 127), students are dabbling in what Gilmartin calls "a fascinating print record" from the period, ranging from manuals of conduct for young women to instructional pamphlets on everything from dancing to gardening. "Through the wonders of digital media," says Gilmartin, "students can see things that they would have previously found only in a rare books reading room."

Gilmartin also has pioneered workshops with visiting poets brought to campus through support from the Division of the Humanities and Social Sciences and the Provost's Office. "There's something remarkable about teaching a course where many of the authors that we read are still alive and are writing in ways that students feel are contemporary," says Gilmartin, "but then to have one of the writers actually present on campus has been a revelation for me and my students."

One of the Caltech students who nominated Professor Gilmartin for the Feynman Prize declares that he "vivifies the 'human' in 'humanities.'" She notes that teaching English can be an uphill battle at Caltech: "Despite a massive torrent of degradation inflicted upon the humanities by this sea of science-loving skeptics, Professor Kevin Gilmartin kindles a fire within each of his students to love English."

Gilmartin's impact on individual students is profound. As a Caltech alumna noted in her nomination of Gilmartin, "I came to Caltech believing that I was at best a mediocre writer and because of that, approached humanities courses with only a cursory effort. However, week after week, Professor Gilmartin would email me back with thoughtful and encouraging responses to my weekly write-ups. Gradually, I noticed myself spending more and more time on the assigned writings and speaking up more during class because, for the first time, I felt as if my opinions mattered."

Gilmartin himself, though certainly pleased by the award, is keen to share the credit with his colleagues and with Caltech administrators who have supported humanities programs in the classroom and beyond, notably with the recent development of the Hixon Writing Center. "I was closely involved in recruiting Susanne Hall as the director of the Hixon Center, and she has supported my teaching in extraordinary ways through her peer tutoring program," he says. "One of my most rewarding recent experiences as a teacher has been to see a number of students from my freshman humanities courses go on to become peer tutors in the writing program themselves."

Alongside his regular teaching, Gilmartin serves as faculty advisor for the student literary and visual arts magazine, Totem. Another Caltech alumnus credits Gilmartin for making it possible for Totem "to host a documentary and feature film director to discuss elements of cinema, and a JPL scientist who uses the art form of origami to do mathematical modeling." Gilmartin recalls that when he was first asked to be the magazine's faculty advisor in 2002, "I didn't know what a faculty advisor was expected to do." He learned on the job, and notes that he has been glad to help student editors with funding issues and to act as the magazine's "institutional memory" as senior editors and writers graduate and new editors and writers come in.

These and other Caltech students "make teaching easy," Gilmartin says. "Our students are extraordinarily bright, interested, and engaged. It's true that I've had to find ways to meet them halfway, and that's been a positive learning process for me as well. When classroom circumstances are right, their willingness to be engaged, their enthusiasm, their interest in literature and in challenging themselves is in no way restricted to the sciences."

The Feynman Prize has been endowed through the generosity of Ione and Robert E. Paradise and an anonymous local couple. Some of the most recent winners of the Feynman Prize include Steven Frautschi, professor of theoretical physics, emeritus; Paul Asimow, professor of geology and geochemistry; and Morgan Kousser, the William R. Kenan, Jr., Professor of History and Social Science.

Nominations for next year's Feynman Prize for Excellence in Teaching will be solicited in the fall. Further information about the prize can be found on the Provost's Office website. 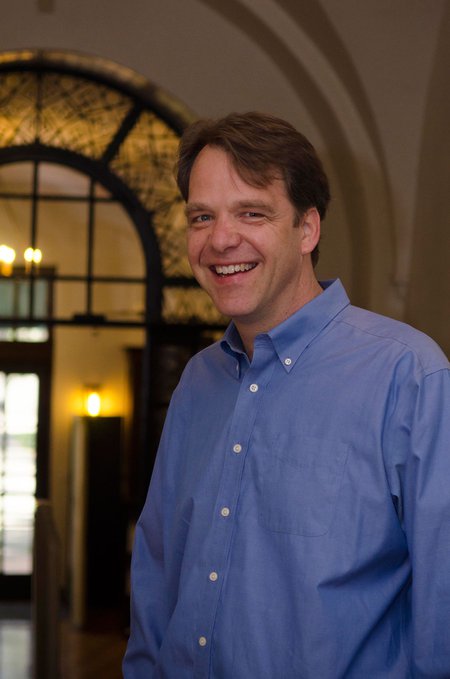 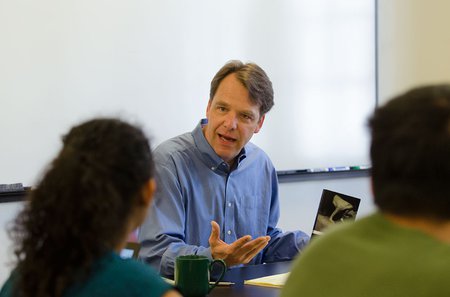 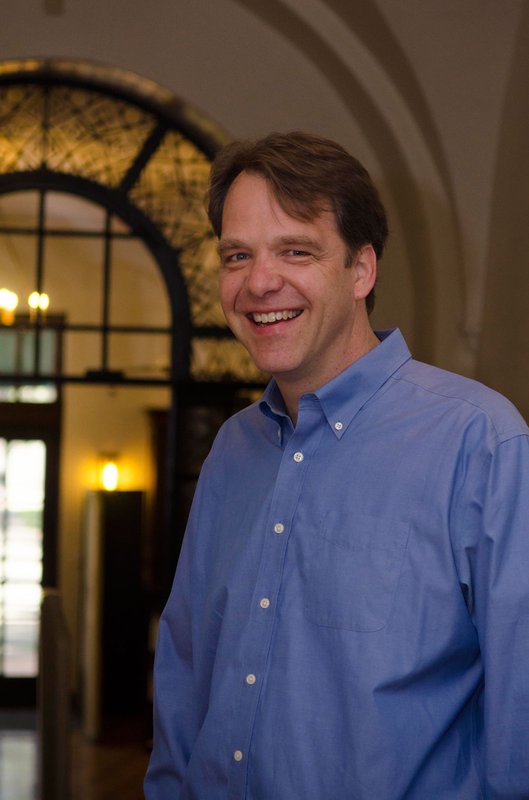 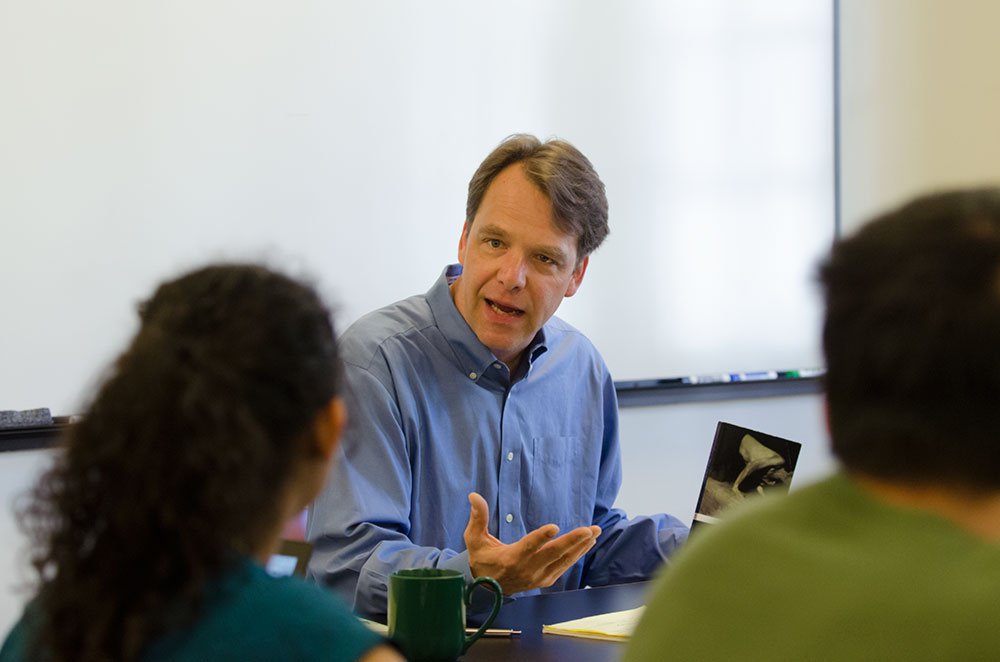