For the first time, engineers at Caltech have developed an empirical statewide model of the California reservoir network. The model was built from data gathered over a 13-year period that includes the latest drought, allowing researchers to make observations about how 55 of the state's major reservoirs respond to a variety of external conditions as a unified system.

Reservoirs act as the state's buffer against climate variability, stockpiling water during the rainy season for use during the dry. The water may be released to generate hydroelectric power, and can be diverted to agriculture and residential consumption. Meanwhile, a reservoir itself is often used for recreational purposes, such as swimming and boating. The reservoirs are interconnected in that they are placed along major waterways, with some downstream of others, and also because they can receive similar amounts of water input and can be subject to similar management decisions.

The managers of these facilities must maintain a baseline amount of water in each reservoir. As the water level drops closer to that minimum mark, they dial back the amount of water released, which in turn affects all of the reservoirs downstream. Reservoir managers try to avoid having to shut off the water release completely, since that can have catastrophic consequences for farms and communities that rely on the water. The behavior of a reservoir—the rising and falling of the water level—is determined in part by shifts in the climate and in part by the humans managing the outflow of the reservoir. These two components can make reservoir storage challenging to predict.

"The bread and butter of hydrology is using physical laws to describe water phenomena. But the behavior of these reservoirs is not solely determined by physical laws of the water cycle, but also by demands and what these reservoirs are being used for," says Caltech graduate student Armeen Taeb, lead author of a paper about the model that was published on November 22 by the journal Water Resources Research. "The significant human component in the behavior of reservoirs means that physics-based modeling quickly becomes intractable in settings with large number of reservoirs."

To solve this issue, Taeb and his colleagues—Venkat Chandrasekaran, professor of computing and mathematical sciences and electrical engineering at Caltech, and John Reager and Michael Turmon of JPL—used statistical techniques to learn from the past to shed light on how reservoirs will respond to different climate patterns in the future. They compared fluctuations in reservoir water levels between 2003 and 2016 to a variety of factors, such as precipitation, the severity of the drought, the snowpack levels in the Sierras, and levels of other California reservoirs. The researchers found that the biggest predictor of changes in the reservoir network was the Palmer Drought Severity Index, which was developed by the National Weather Service in 1965.

With this empirical model, Taeb says, managers can get a clearer picture of the demands that will be placed on their reservoirs, and can adjust their behavior earlier by curtailing water releases more gradually—reducing the possibility of having to cut off water releases altogether.

"Let's say you're in a drought and you have an advanced prediction of the drought index value in two months," Taeb says. "You can look at our plot and ask, 'Okay, what is the likelihood of reservoir exhaustion if we just stick to business as usual?' And if you see that it's high, you need to get out of your routine and do something now before you get in trouble."

As an analogy, think of a driver's response to a red light. If the driver sees the red light with a lot of time to react, he can slowly ease on the brakes—which is safer for all of the drivers behind him. If, instead, he waits until the last minute and slams the brake pedal to the floor, he is more likely to cause an accident for everyone behind him.

The 2012-2015 drought, which inspired Taeb and his colleagues to pursue this research, was among the most intense to occur in the past 1,200 years. "We were really close to disaster by the end of the drought period. In fact, two of the 55 reservoirs studied in our work had zero or very little water release in 2014," Taeb says. In the future, the state will periodically experience droughts while demand for water is ever increasing amid a growing population, and so the strain placed on the California reservoir network is likely to occur again, says Taeb—who believes that guidelines are needed to ensure the state does not face a system-wide catastrophe.

"Because of the frequent shortages of surface water, California has to resort to pumping out water from the ground, but that's not sustainable because there isn't enough rain to replenish the amount we're taking out. It won't last," he says. Taeb and his co-authors believe that their model is an important data-analysis tool that should be used as input in the decision-making process when enforcing effective, sustainable water-management policies.

Taeb says that the same sort of empirical modeling could also be used in other states facing similar challenges.

His study is titled "A Statistical Graphical Model of the California Reservoir System." The research was supported by the National Science Foundation, the Air Force Office of Scientific Research, the Alfred P. Sloan Foundation, the Resnick Sustainability Institute at Caltech, and JPL's Data Science Initiative. 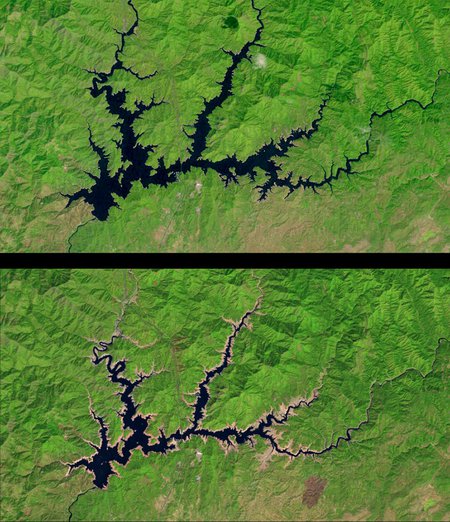 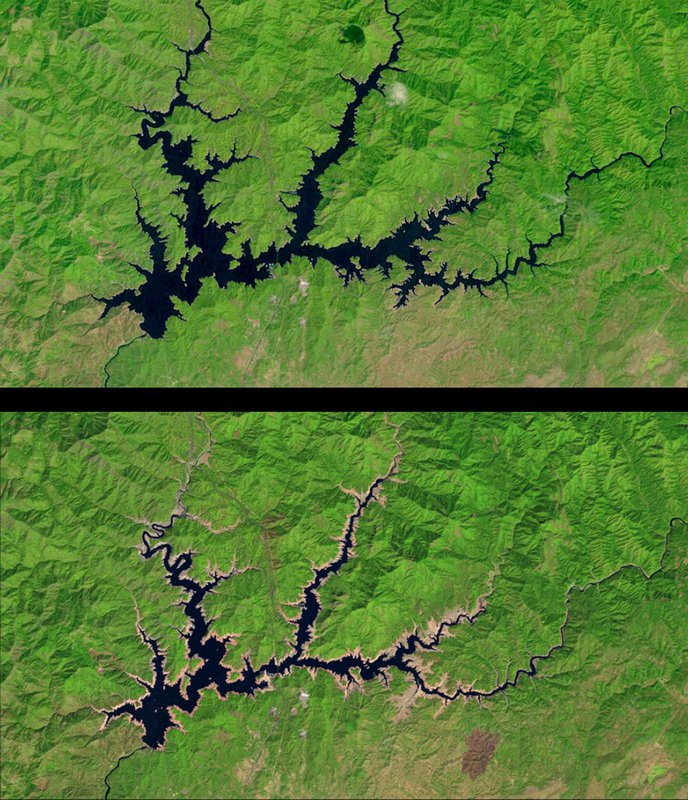