The Einstein Papers Project, housed at Caltech since 2000, has worked in collaboration with Princeton University Press, the Hebrew University of Jerusalem, and the digital publishing platform Tizra to produce a digital edition of The Collected Papers of Albert Einstein. This new edition presents the world-renowned physicist's annotated writings and correspondence through 1923 on a free and publicly accessible website.

Upon its launch today, the digital papers will contain all 13 published volumes of The Collected Papers, in Einstein's original German and translated into English, along with an index volume. Additional volumes will be added to the site about 18 months after each new volume is published. The 14th print volume, covering the period from April 1923 through May 1925 and including Einstein's trip to South America, is scheduled for publication in February 2015.

We recently sat down with Diana Kormos-Buchwald, professor of history at Caltech and director and general editor of the Einstein Papers Project, to talk about the project's new digital endeavor.

The digital edition makes it so that anyone with access to the Internet can read Einstein's papers and correspondence from the first 44 years of his life for free. Why have you and your colleagues undertaken this massive project?

The Collected Papers of Albert Einstein is a unique project in and of itself. Einstein is the most revolutionary and famous scientist of the 20th century, and there is no similar integrated project that compiles and annotates a scientist's writings and correspondence. These scholarly volumes are addressed, in a way, to a specialist audience—the historian of science, the philosopher of science, the physicist who wants to read Einstein in his own words.

But Einstein is and always has been of great interest to the general public as well. His is the most recognized face on the Internet in all cultures. People are attracted to him because of his creativity, maybe because of his image as an unconventional scientist.

So we are now making available these volumes that have explanations and footnotes in English, introductions in English, bibliographies, plus full translations, along with the ability to see some of the original manuscripts in high-definition scans through links to the Einstein Archives Online, another project that we launched a few years ago in collaboration with the Hebrew University's Einstein Archives. We are presenting all of this in an integrated platform in which the user can search for words and phrases in both English and German.

Biographers and historians need to focus their attention and highlight a selection of documents. But we can present everything—his scientific papers, his letters to his children, his travel diaries, his impressions of foreign lands and cultures, etc.

I think it's a great achievement that we were able to put these volumes up without putting them behind a pay wall. The Press has done a wonderful job. Each volume is equivalent to something like 100 scientific papers, plus the translations. And we're making them free and open. This is a joint effort, and it furthers what I think of as an authoritative way of doing digital humanities.

What do you hope readers will take away from reading Einstein's papers?

What I would hope the reader would find is how extraordinarily hard working Einstein was. Things didn't happen with flashes of insight. In the famous year 1905, when he publishes his papers on the special theory of relativity, quantum theory, Brownian motion, and E = mc2, he also publishes 20 reviews of other people's work.

We're putting up 5,000 documents. Einstein is known for 5 or 10, maybe 15 major papers; the 5,000 documents provide a context for those well-known papers.  He was an extremely productive scientist who wrote two to three pieces per month for the rest of his career, between 1905 and the late 1930s. We have 1,000 writings, many of them unpublished. So the beauty of these volumes is also that they include drafts and writings on a variety of topics that were never published during his lifetime.

Also, Einstein was interested in a lot of fields of science. He started with great interest in physical chemistry and mastered that literature. And he continued through his entire career to be interested in applied physics, theoretical physics, experimental physics, chemistry, biochemistry. He has exchanges with doctors about physiology. So while Einstein is not a Renaissance figure the way let's say Helmholtz was—he is a specialized physicist—nevertheless, he is very curious.

We also hope to demolish some outstanding myths: Einstein was not the isolated theoretician working by himself in an attic with pen and paper. He was a modern, professional scientist, who earned his living through his work as a scientist and as a professor. He was not wealthy. He was the exemplar of the transformation, if you want, in academia at the end of the 19th century and early 20th century, when science expanded a lot in universities. And the correspondence shows he has this ever-growing circle of friends and colleagues in science and engineering, and young people whom he shepherds and advises.

How long have you been working on this digital project with Princeton University Press, Tizra, and the Hebrew University of Jerusalem?

We have been planning this for several years. We wanted to present an accurate rendering of our volumes, which are highly specialized. And we wanted to make these volumes searchable—not only the scholarly annotations but also the scans, facsimiles, and reproductions.

Einstein famously spent several winter terms here at Caltech in the early 1930s, but the published volumes of The Collected Papers only cover his life through 1923. Are there items referencing Caltech in those volumes that we can look for in the digital edition?

Yes, Einstein visited Caltech in 1931, '32, and '33, but his correspondence with scientists at Caltech goes back much further. For example, in 1913, Einstein wrote a letter to George Ellery Hale asking whether the deflection of sunlight in the sun's gravitational field could be observed in the daytime. Hale wrote back saying no, we cannot see that.

He also had contacts with Robert A. Millikan quite early on. In 1922, Millikan officially informed Einstein that the National Academy of Sciences had elected him as a foreign associate. They also discuss scientific work quite a bit, and Millikan and Einstein both serve on the Intellectual Committee for International Cooperation of the League of Nations.

Einstein was instrumental in recommending several prominent scientists for recruitment very early in the founding of the Institute. The volumes also show correspondence between Einstein, Millikan, and Richard Tolman, professor of physical chemistry and mathematical physics, who was one of the earliest relativists.

Einstein knows, right at the beginning, in the early 1920s, that Caltech is going to be an exciting place.

Was Einstein unusual in the size of his correspondence?

Yes, his correspondence is very large for a scientist. It amounts to about 30,000 items to and from Einstein. It's of the size of Napoleon's papers—orders of magnitude larger than any other modern scientist.

This amount of correspondence testifies to Einstein's centrality in the scientific life of Europe in the 1920s. He does become a nexus, at least in physics. And he is flooded by requests—everything from requests from indigent students up to requests from very famous people that he should endorse this or that appeal, contribute to this or that volume, or participate in this or that conference. He gets to be in great demand.

He also gets a lot of inquiries from the general public about general relativity.

Does he answer them?

Yes, he tries to respond to every letter he gets. He was extremely disciplined. He spent quite a lot of time answering correspondence.

Have any of your team's discoveries been particularly exciting for you?

I was excited when, a few years ago, we discovered some new letters from Croatia—from a Croatian physicist dating back to early in Einstein's career. These were letters dating to 1911 and '12, before Einstein finished general relativity. I'm always very pleased when we find material prior to 1915 or '16 because Einstein's path from special relativity to general relativity is one of the most exciting intellectual journeys. Whenever we uncover new material from that decade, it is quite significant, because we have so little material for the young Einstein compared to the older Einstein. Later, his correspondence grows exponentially. 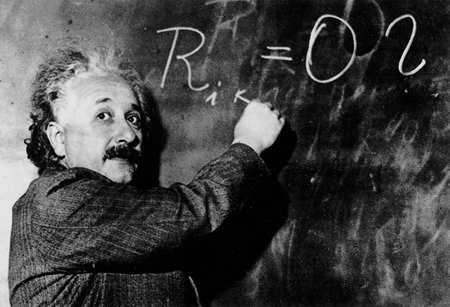 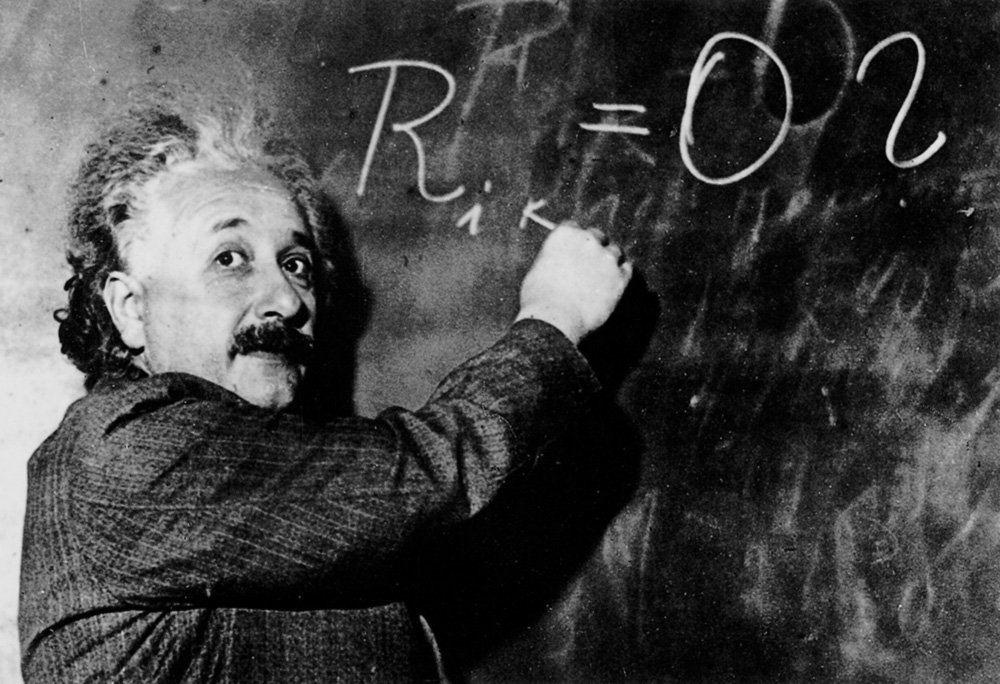