Einstein: On the Beach and at Caltech

The weekend of October 11–13 brought a revival of the 1976 opera Einstein on the Beach to the Dorothy Chandler Pavilion in Los Angeles, and along with it an opportunity for the Einstein Papers Project at Caltech to display some of its treasures: prized portraits of Einstein, plus texts and images from Einstein's life.

The principal mission of the Einstein Papers Project is to collect, edit, annotate, and translate all of Einstein's papers—a rich trove of material that includes not only published scientific works, but also his notebooks, lectures, diaries, and correspondence. Einstein bequeathed his papers to the Hebrew University of Jerusalem, which holds the largest collection of original Einstein manuscripts.

At Caltech, Professor of History Diana Kormos-Buchwald, director and general editor of the Einstein Papers Project, heads an international team of scholars who carry out research for The Collected Papers of Albert Einstein, published by Princeton University Press. The series is anticipated to fill 30 volumes and is nearing its halfway point. "It takes us two to three years for each documentary volume and its companion English-language translation, so it won't be us who finish the project," she says.

The latest volume (Volume 13), released on September 25, 2012, takes Einstein through a turbulent 15 months of his life from January 1922 to March 1923, during which he received the Nobel Prize and undertook a lengthy journey to Japan, Palestine, and Spain. Volume 14, slated for release in October 2014, covers the years from 1923 to 1925, documenting Einstein's reactions to the earliest formulations of quantum mechanics. "One of the very interesting things that we discover in every volume is how many projects Einstein was involved in that never led to concrete publications," Kormos-Buchwald says.

Because the Einstein Papers Project is the premier U.S. source for all things Einstein, when the Los Angeles Opera decided to bring Einstein on the Beach to the Dorothy Chandler Pavilion, it asked Kormos-Buchwald if she could arrange exhibits about the historical Einstein to display in the second- and third-floor lobbies. Caltech trustee Marc Stern, chair of the Los Angeles Opera board of directors, expressed his excitement about the project, and soon Kormos-Buchwald was working with Garrett Collins and the marketing and outreach departments at the Los Angeles Opera to devise an appropriate evocation of Einstein's connections both to California via Caltech and to music.

On opposite sides of the second floor lobby, two exhibits were set up by Kormos-Buchwald and a team of professional installers led by Sam Mellon of Curatorial Assistance in Pasadena. One contained the series of images Albert Einstein at Home, created by photographer Herman Landshoff between 1946 and 1950. The series consists of 12 portraits of Einstein in his later years, a humble man with wild hair wearing suspenders, working in his office or simply sitting or standing. There are six prints of this series in existence; one is owned by Caltech. The other exhibit consisted of nine collages, usually on permanent display at the Einstein Papers Project, that document Einstein's three winters at Caltech (1930–1933); also included were three wall-size color facsimiles, one of Einstein's high school diploma and two of his early hand-written manuscripts on relativity, that were created in collaboration with the Williamson Gallery at the Art Center College of Design from originals held at the Einstein Archives at the Hebrew University of Jerusalem.

The third-floor exhibit, designed by Kormos-Buchwald specifically for Einstein on the Beach, and printed by James Staub of Caltech Graphic Resources, featured photographs of Einstein playing violin or piano and meeting with musicians. It included quotes by Einstein about music and his favorite composers, and displayed manuscripts documenting Einstein's support of the Palestine Symphony Orchestra and his relationship with German composer Paul Dessau, who wrote a chamber music piece for violin and harpsichord (or piano) for Einstein's 50th birthday, in March 1929, as well as his own opera about the famed physicist, titled simply Einstein and performed in East Berlin in 1974.

Despite the sea of documentation of Einstein's life compiled by the Einstein Papers Project, Einstein remains an enigmatic figure, simultaneously a scientist and a celebrity. The collages created to illustrate Einstein's time at Caltech give a sense of the sideshow atmosphere surrounding Einstein's presence in Southern California: newspapers at the time reported random sightings of the great man, and Einstein recorded his impressions of the media attention in his diaries.

Einstein's mixed legacy is still on abundant display at Caltech. Einstein the scientist remains relevant in physics classrooms, both undergraduate and graduate, and his work resonates in the work of Caltech's researchers and theoreticians. But Einstein the celebrity is present too: his face is printed on posters and T-shirts at the Caltech Bookstore, the guest room at the Athenaeum where he stayed during his visits to Caltech still bears his name; and the Landshoff portraits exhibited for the performance of Einstein on the Beach grace the entryway of the Board of Trustees meeting room in Millikan Library.

It was this mix of science and celebrity surrounding Einstein that appealed to cutting-edge composer Philip Glass and experimental theater director Robert Wilson when they decided in the mid 1970s to collaborate on an opera based on a historical figure. As Glass reflects in his book, Music by Philip Glass, "As a child, Einstein had been one of my heroes. Growing up just after World War II, as I had, it was impossible not to know who he was. The emphatic, if catastrophic, beginnings of the nuclear age had made atomic energy the most widely discussed issue of the day."

The result of the collaboration was a nearly five-hour opera without intermissions. The opus makes no effort to tell a story, much less recount a man's life, but is nevertheless filled to the brim with Einstein. As Kormos-Buchwald explains, "You have a lot of visual symbolism in Einstein on the Beach. There are the portraits of Einstein projected onto the stage, and for half the opera you have a musician dressed as Einstein in suspenders playing the violin. But there are also elevators, illustrating the principle of equivalence, and space-time diagrams and rockets. You have a child playing with a flashlight and a compass, as Einstein himself did, and there are rigid rods and clocks throughout the opera, critical to Einstein's theory of special relativity. Thus many visual and pedagogical tools that Einstein employed to make relativity understandable are being used in the opera."

As documented in volume 13 of The Collected Papers, Einstein often expressed his desire for "a normal life," feeling at odds with his celebrity. And yet, Kormos-Buchwald suspects, Einstein might not have been astounded by the exhibits and operas, or by a 30-volume opus. "I think he was very well aware he was a public figure. He knew that everything he said would be used and scrutinized in the future." 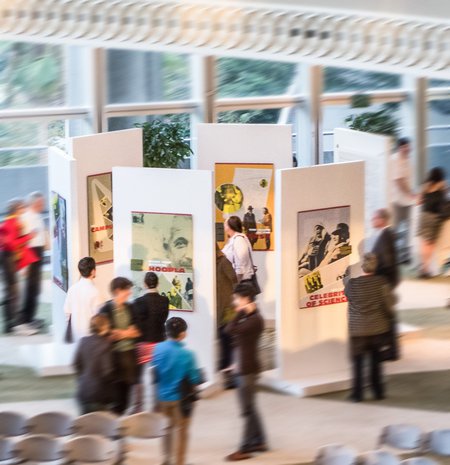 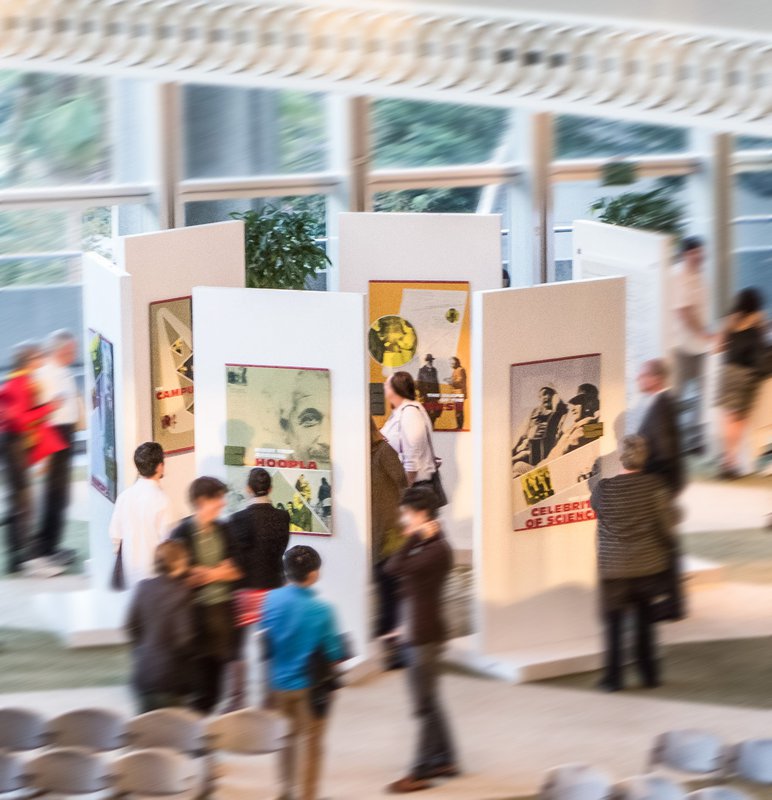