Skip to main content
Home  /  About  /  News  /  An Earthquake Warning System in Our Pockets?

An Earthquake Warning System in Our Pockets?

While you are checking your email, scrolling through social-media feeds, or just going about your daily life with your trusty smartphone in your pocket, the sensors in that little computer could also be contributing to an earthquake early warning system. So says a new study led by researchers at Caltech and the United States Geological Survey (USGS). The study suggests that all of our phones and other personal electronic devices could function as a distributed network, detecting any ground movements caused by a large earthquake, and, ultimately, giving people crucial seconds to prepare for a temblor.

"Crowd-sourced alerting means that the community will benefit by data generated by the community," said Sarah Minson (PhD '10), a USGS geophysicist and lead author of the study, which appears in the April 10 issue of the new journal Science Advances. Minson completed the work while a postdoctoral scholar at Caltech in the laboratory of Thomas Heaton, professor of engineering seismology.

Earthquake early warning (EEW) systems detect the start of an earthquake and rapidly transmit warnings to people and automated systems before they experience shaking at their location. While much of the world's population is susceptible to damaging earthquakes, EEW systems are currently operating in only a few regions around the globe, including Japan and Mexico. "Most of the world does not receive earthquake warnings mainly due to the cost of building the necessary scientific monitoring networks," says USGS geophysicist and project lead Benjamin Brooks.

Despite being less accurate than scientific-grade equipment, the GPS receivers in smartphones are sufficient to detect the permanent ground movement, or displacement, caused by fault motion in earthquakes that are approximately magnitude 7 and larger. And, of course, they are already widely distributed. Once displacements are detected by participating users' phones, the collected information could be analyzed quickly in order to produce customized earthquake alerts that would then be transmitted back to users.

"Thirty years ago it took months to assemble a crude picture of the deformations from an earthquake. This new technology promises to provide a near-instantaneous picture with much greater resolution," says Heaton, a coauthor of the new study.

In the study, the researchers tested the feasibility of crowd-sourced EEW with a simulation of a hypothetical magnitude 7 earthquake, and with real data from the 2011 magnitude 9 Tohoku-oki, Japan earthquake. The results show that crowd-sourced EEW could be achieved with only a tiny percentage of people in a given area contributing information from their smartphones. For example, if phones from fewer than 5,000 people in a large metropolitan area responded, the earthquake could be detected and analyzed fast enough to issue a warning to areas farther away before the onset of strong shaking.

The researchers note that the GPS receivers in smartphones and similar devices would not be sufficient to detect earthquakes smaller than magnitude 7, which could still be potentially damaging. However, smartphones also have microelectromechanical systems (MEMS) accelerometers that are capable of recording any earthquake motions large enough to be felt; this means that smartphones may be useful in earthquakes as small as magnitude 5. In a separate project, Caltech's Community Seismic Network Project has been developing the framework to record and utilize data from an inexpensive array of such MEMS accelerometers.

Comprehensive EEW requires a dense network of scientific instruments. Scientific-grade EEW, such as the USGS's ShakeAlert system that is currently being implemented on the west coast of the United States, will be able to help minimize the impact of earthquakes over a wide range of magnitudes. However, in many parts of the world where there are insufficient resources to build and maintain scientific networks but consumer electronics are increasingly common, crowd-sourced EEW has significant potential.

"The U.S. earthquake early warning system is being built on our high-quality scientific earthquake networks, but crowd-sourced approaches can augment our system and have real potential to make warnings possible in places that don't have high-quality networks," says Douglas Given, USGS coordinator of the ShakeAlert Earthquake Early Warning System. The U.S. Agency for International Development has already agreed to fund a pilot project, in collaboration with the Chilean Centro Sismólogico Nacional, to test a pilot hybrid earthquake warning system comprising stand-alone smartphone sensors and scientific-grade sensors along the Chilean coast.

"Crowd-sourced data are less precise, but for larger earthquakes that cause large shifts in the ground surface, they contain enough information to detect that an earthquake has occurred, information necessary for early warning," says study coauthor Susan Owen of JPL.

Additional coauthors on the paper, "Crowdsourced earthquake early warning," are from the USGS, Carnegie Mellon University–Silicon Valley, and the University of Houston. The work was supported in part by the Gordon and Betty Moore Foundation, the USGS Innovation Center for Earth Sciences, and the U.S. Department of Transportation Office of the Assistant Secretary for Research and Technology. 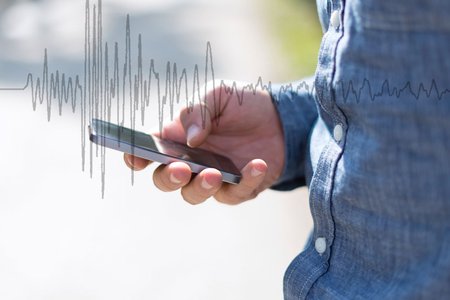 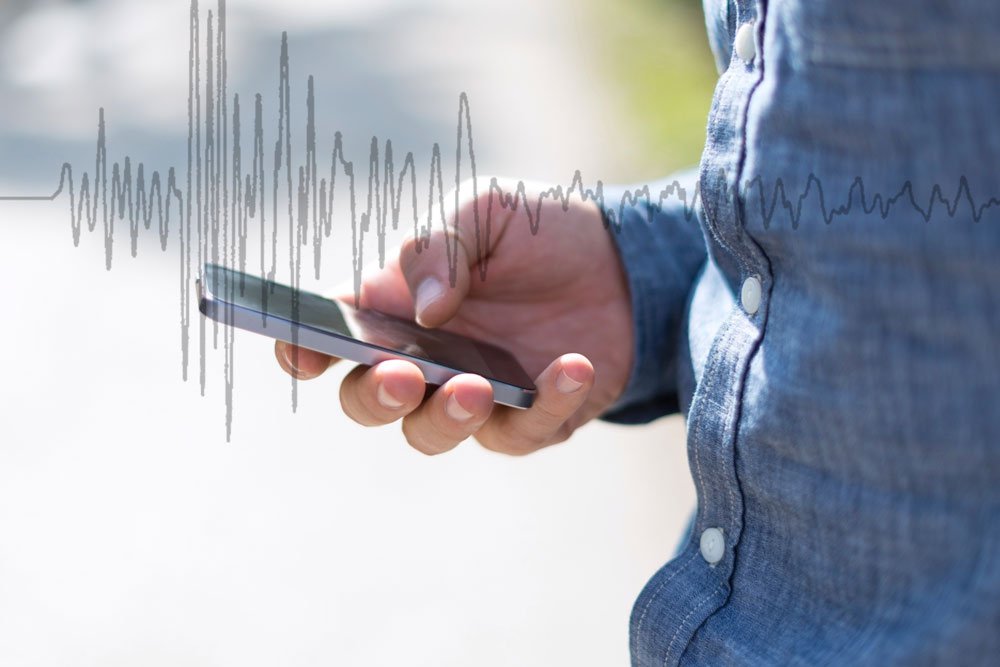