Disease Diagnosis at the Touch of a Button

When viruses like HIV/AIDS strike in underdeveloped regions of the world, they often spiral out of control in part because there is no easy way to bring diagnostic equipment to remote areas so that the diseases can be identified, treated, and stopped before they spread. Now, an inexpensive, portable, easy-to-use device, built by a team of Caltech engineers and biologists, promises to speed the diagnosis of HIV/AIDS and other diseases—and improve treatment—in even the most far-flung corners of the world.

The team is led by Caltech biologist and Nobel Laureate David Baltimore, president emeritus and the Robert Andrews Millikan Professor of Biology, and Axel Scherer, the Bernard Neches Professor of Electrical Engineering, Applied Physics and Physics. With two recent grants from the Bill and Melinda Gates Foundation, Scherer and Baltimore have built a new version of a polymerase chain reaction (PCR) device, which generates many copies of a pathogenic nucleic acid, allowing the infection to be detected.

The new PCR machine is small enough to stow in a backpack and is as simple to operate as a DVD player. Its inventors hope that it will make rapid molecular diagnostic techniques and the resulting health-care benefits available and affordable to all who need them.

The device is the result of nearly 10 years of research at Caltech. In 2004, Scherer, a leader in the field of microfluidics, and George Maltezos—then Scherer's graduate student (PhD '07), now a Caltech senior scientist—were investigating how to manipulate biological fluids on a chip. While this was an interesting engineering problem, Maltezos began to wonder whether he could apply the microfluidic techniques that he was perfecting to real-world problems. Then the H5N1 bird flu pandemic erupted in Asia, and he and his colleagues had their real-world problem.

The best tool for diagnosing H5N1 is a PCR machine, which, in this case, takes small amounts of viral material and makes a large number of copies so that the virus can be identified. In 2005, a PCR machine cost about $50,000—too expensive for most health clinics in the developing world. That summer, Maltezos built a prototype of a far less expensive PCR machine that went on to perform well in field tests in Thailand, where H5N1 was rampant. Still, it was far from a commercially viable product, in part because it didn't give results quickly enough.

To improve the performance of the device, Maltezos and Scherer thought that they needed a better handle on the biology behind infectious diseases, so they then teamed up with Baltimore. It made sense to approach Baltimore, who won his Nobel for work in virology and is one of the world's leading experts on AIDS. If they could build something to detect H5N1, they figured, it would be equally useful for detecting other viruses or diseases, like HIV/AIDS.

By the end of 2006, a newer version of the instrument could evaluate a sample in just 94 seconds—compared to 45 minutes with standard PCR machines—and a company, Helixis, was soon formed to manufacture and sell the technology. Helixis's first product, a pathogen-detection PCR instrument called the Eco, sold for $13,000 and quickly became a global market contender. In 2010, Helixis was acquired by Illumina, a San Diego–based biotech company, for approximately $105 million.

But while the Eco is fast and relatively cheap, it's still the size of a microwave oven—not something that you want to lug up a mountain trail or through a rainforest to reach a village with sick people. After the buyout, Maltezos teamed up with Baltimore's and Scherer's labs to help build a new-generation PCR machine specifically for use in remote areas of the developing world. With such a simple PCR machine, doctors in an African village, for example, would be able to almost immediately diagnose people suffering from hard-to-diagnose diseases like tuberculosis, or determine whether a patient's AIDS medications are effective against the virus.

To bring a portable PCR machine to a point-of-care setting in a remote area, Scherer says, "it has to be inexpensive, it has to be robust, and we also have to automate as much as possible." The newest prototype, which runs off a rechargeable battery and operates at the push of a button, consists of a chip that can analyze a blood sample to spot different pathogens. In addition to tuberculosis and HIV, the machine can diagnose acute lower-respiratory diseases, diarrheal diseases, malaria, and other conditions.

The goal, Maltezos says, is to bring the machine's cost below $1,000 and each test under $5. The preliminary results from clinical tests show that the device is working well. "Now we need to get it out of the lab and to the people who need it," he says.

For Baltimore, the motivation behind teaming with Scherer and Maltezos was the chance to make a difference in global health. "I believe that the basic science we do can make an immediate difference in the lives of the people most at risk in the world: the poor people of the underdeveloped countries," he says. "Our HIV work has that focus, and in Helixis I saw the opportunity to improve the diagnosis of disease in resource-poor environments. Helixis went part of the way toward that goal, and with Axel and George we continue to improve the access to PCR technology." 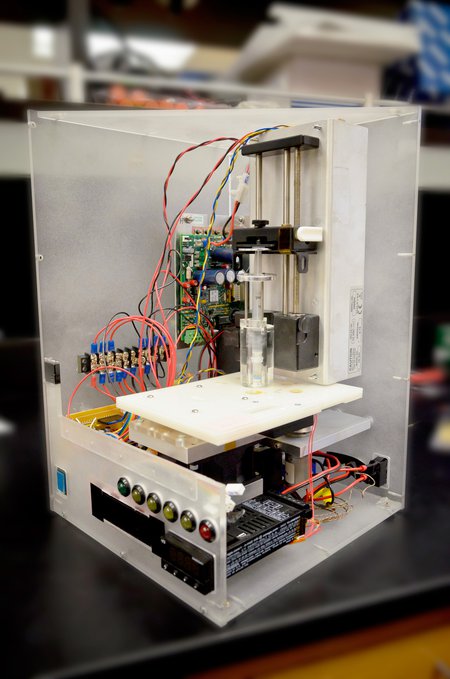 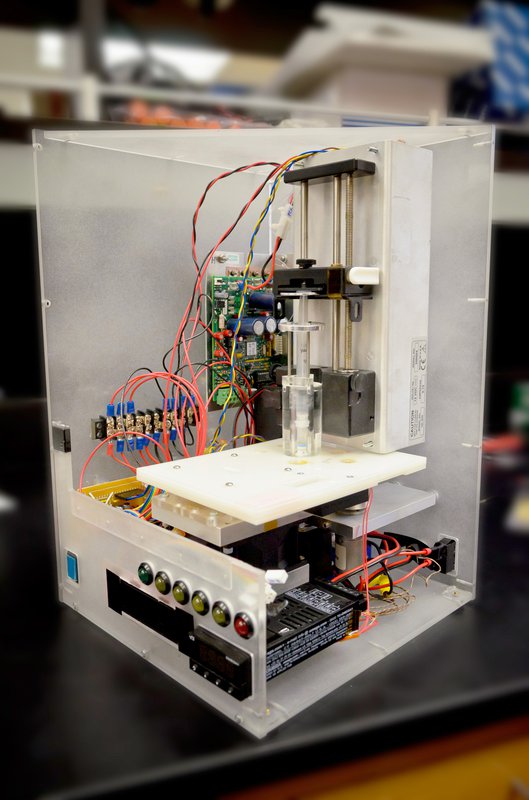