Food, microbes, and medicine all clump together as they move through our gut. Sticky molecules secreted into our intestines bind the gut particles in the same way that flour holds a ball of dough together. Now a new mouse-based study from Caltech is showing that dietary fiber also plays a role in clumping. This is the first time that researchers have shown that fiber—stringy molecules found in foods like vegetables and whole grains—helps to aggregate gut particles.

"This is the first step in unraveling how the physical properties of fiber impact aggregation in our gut," says Asher Preska Steinberg, a graduate student at Caltech and lead author of a new report in the journal eLIFE. "While sticky molecules in our gut aggregate the particles through chemical binding, the process can be physical with fiber—the fiber molecules cause particles to aggregate by simply sucking out water from in between the particles."

The bundling of particles in our gut may play a role in drug absorption and the regulation of microbe populations, though the details are unclear. Some evidence has shown that particle aggregation can help clear bad bacteria from our gut, while other studies have shown conversely that the clumping can promote colonization, or the overgrowth of bad bacteria. It is also not known if this clumping affects the delivery of drugs or nutrients into our bodies, but some scientists have speculated that it might hinder this process.

"Current dietary guidelines recommend consumption of fiber, but the word 'fiber' is used to describe molecules with a wide range of sizes and other properties," says Rustem Ismagilov, the Ethel Wilson Bowles and Robert Bowles Professor of Chemistry and Chemical Engineering. "Our goal is to understand what each of these different types of fiber are capable of doing in the digestive tract, and the mechanisms responsible for how each type of fiber acts."

In the new study, the researchers fed mice a diet of two different types of fiber: Fibersol-2, a synthetic form of fiber that resembles dietary fiber; and pectin, a fibrous molecule, longer than Fibersol-2, found in apples. They found that pectin, but not Fibersol-2, promoted physical aggregation of particles in the gut.

"The longer the fiber, the more clumping we saw," says Preska Steinberg. "Our results suggest that aggregation can be controlled by dietary fiber, and may even be tunable by feeding mice fibers of different lengths."

In the future, the researchers hope to perform similar tests, but using microbes, to find out if the physical forces from fiber can also influence microbial aggregation in the gut.

The eLIFE study, titled, "High-molecular-weight polymers from dietary fiber drive aggregation of particulates in the murine small intestine," was funded by the Defense Advanced Research Projects Agency, the Army Research Office, the National Science Foundation, and the Jacobs Institute for Molecular Engineering for Medicine. Other authors include Caltech graduate students Thomas Naragon, Justin Rolando, and Said Bogatyrev; and Sujit Datta of Princeton University. 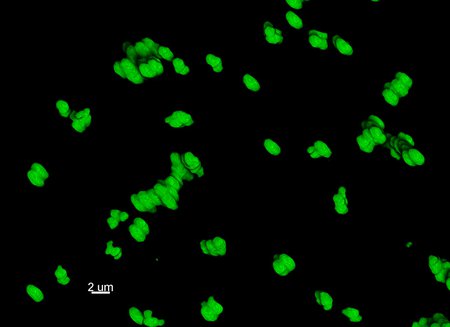 Particles in the small intestinal fluid of mice are seen here in 3D. The mice were fed a standard diet. Credit: Caltech/Ismagilov Lab/A. Preska Steinberg 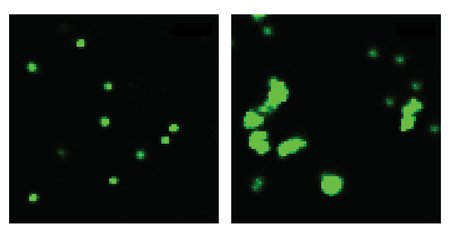 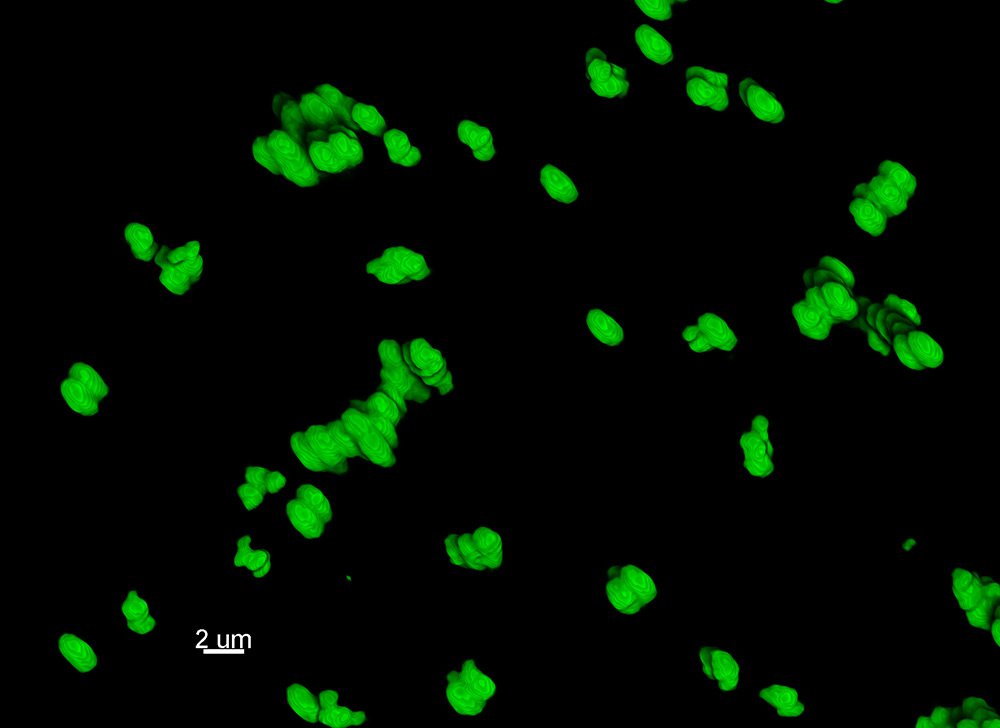 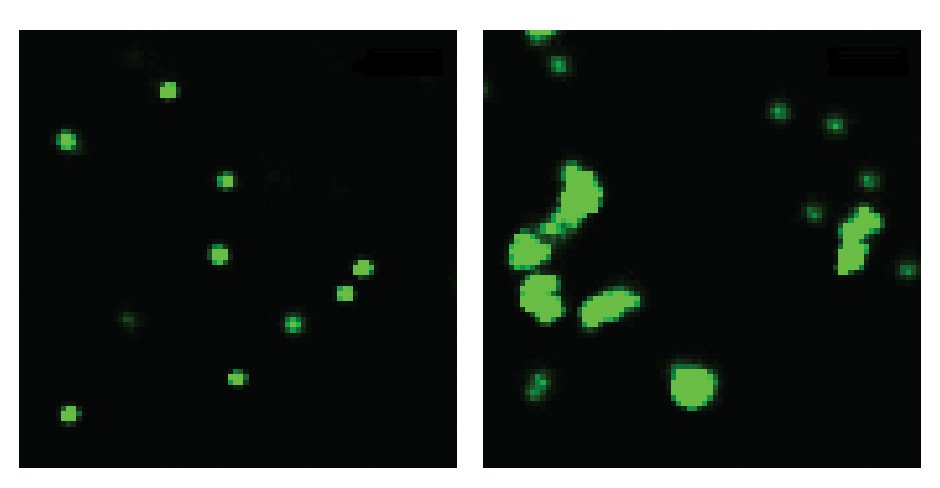