Dietary Fiber and Microbes Change the Gel That Lines Our Gut

In the ongoing hustle and bustle of our intestines, where bacteria and food regularly intermingle, there is another substance that, to the surprise of researchers, has been found to rapidly change: the gel that lines the gut. A new Caltech study is the first to show how the structure of this gut gel, or mucus, can change in the presence of certain substances, such as bacteria and polymers—a class of long-chained molecules that includes dietary fiber.

The work, to be published online the week of June 13 in the Proceedings of the National Academy of Sciences, could lead to the development of new drugs or diets for intestinal conditions such as irritable bowel disease.

Our intestinal tracts are lined with a mucus gel that acts as a protective barrier between the insides of our bodies and the outside world. The gel lets in nutrients and largely blocks out bacteria, preventing infections. It also regulates how some drugs are delivered elsewhere in our bodies.

Researchers had previously studied how the gel can be damaged, for instance when bacteria feed on the gut's lining. The Caltech study is the first to look at the structure of the gel and how it morphs in the presence of other substances naturally found in the gut.

Performing their experiments in mice, the team tested the effects of polymers, which include dietary fiber as well as therapeutics such as medicines for constipation. The researchers fed some mice a diet rich in polymers and others (the controls) a polymer-free diet. Using a technique called confocal reflectance microscopy they measured the thickness of the gut gel and the degree to which the gel was compressed as a result of the consumed polymers. Mice given a high-polymer diet, they found, had a more compressed gel layer.

"The gel is like a sponge with holes that let material through," says the paper's lead author, Sujit Datta, a postdoctoral scholar in the laboratory of Rustem Ismagilov, Ethel Wilson Bowles and Robert Bowles Professor of Chemistry and Chemical Engineering. "We are seeing that polymers, including dietary fiber, can compress the gel, potentially making the holes smaller, and we think that this might offer protective benefits," Datta adds.

In addition, the researchers applied different kinds of polymers—including dietary fibers like pectin, found in apples—directly to the gel lining to test its response. All of the polymers tested compressed the gel layer.

"It's too early to draw any conclusions, but it may be that eating an apple a day will affect the shape of the lining in your gut," says Asher Preska Steinberg, a Caltech graduate student and coauthor of the study.

The researchers also found that dietary fiber and gut bacteria—which are part of a community of microorganisms collectively known as gut microbiota—can work together to influence how the gut gel changes shape. They performed the same polymer/fiber experiments in germ-free mice, which are mice carefully raised to not have any bacteria in their gut. The results showed that the polymers compressed the gut gels of these germ-free mice to a greater degree. This implies that species of bacteria in our gut that are known to break down polymers can weaken the compressing effect.

"We previously thought of the gel as a static structure, so it was unexpected to find an interplay between diet and gut microbiota that rapidly and dynamically changes the biological structures that protect a host," says Ismagilov.

Both dietary fiber and certain gut microbes have been linked to good health. Fiber has been shown to lower cholesterol and regulate blood sugar levels—factors in heart disease and diabetes, respectively. Meanwhile, some bacteria, including the good "probiotics," can help treat digestive disorders and may even play a beneficial role in mental health. For instance, a separate Caltech-led study found that probiotics can alleviate autism-like behaviors in mice—a finding that could potentially lead to new therapies for the disorder in humans.

The entire collection of bacteria in our gut can include 1,000 different species or more and weigh a total of three pounds. Exactly how these microscopic organisms influence our health, for good and bad, is an area of active research with many unanswered questions. The White House recently announced the National Microbiome Initiative, with federal funding worth $121 million, to investigate the mysteries of microbes not only living in our bodies but all over the planet. In addition, more than 100 nonfederal agencies have pledged money and support toward researching microbial communities.

"Our study gives biologists and scientists studying diseases of the gut something else to think about," says Datta. "Now they can take the structure of the gut mucus, and how it responds to its environment, into account."

This research was funded by the Defense Advanced Research Projects Agency (DARPA) and National Science Foundation. 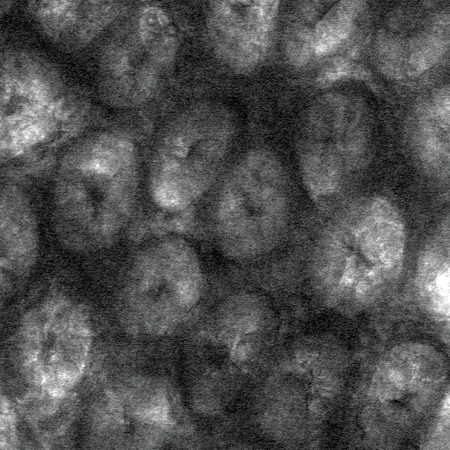 Image of the gut surface taken using brightfield microscopy. The circular features are collections of cells, called crypts, that make up the surface of the colon. 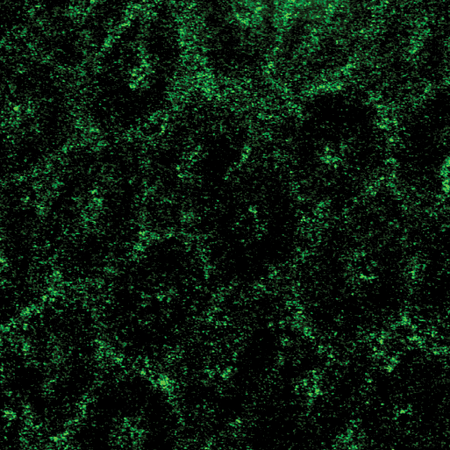 Image of the gut surface taken using confocal reflectance microscopy. The circular features are collections of cells, called crypts, that make up the surface of the colon.
Image Gallery Lightbox 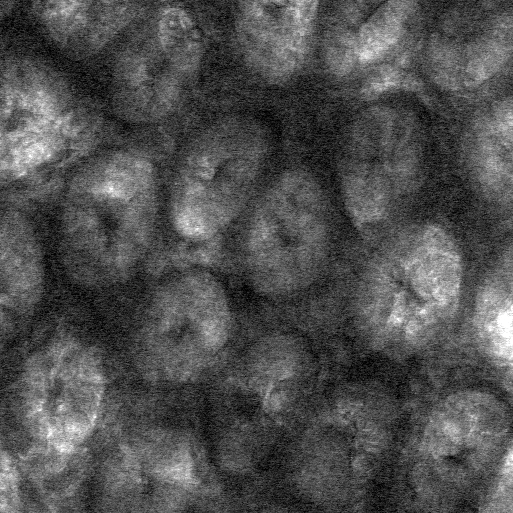 Image of the gut surface taken using brightfield microscopy. The circular features are collections of cells, called crypts, that make up the surface of the colon.
Download Full Image 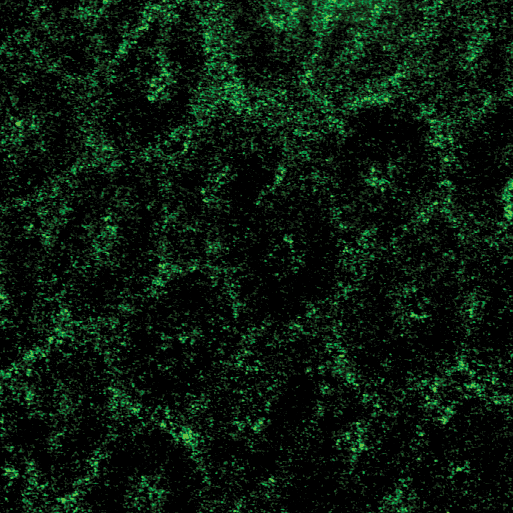 Image of the gut surface taken using confocal reflectance microscopy. The circular features are collections of cells, called crypts, that make up the surface of the colon.
Download Full Image