Davidson, a developmental biologist, was a pioneer researcher and theorist of the gene regulatory networks that perform complex biological processes, such as the transformation of a single-celled egg into a complex organism. His work helped to reveal how the DNA sequences inherited in the genome are used to initiate and drive forward the sequence of steps that result in development.

His research emphasized quantitative understanding of biological mechanisms and the logic functions encoded in genetic networks, and focused on the question of how the genomic DNA could encode not only protein sequences but also the complex "software" needed for differentiating cell types in the right places and proportions to make complex animals.

Davidson initially focused on quantitative methods for analyzing genome functions. In 1969, he and his longtime colleague, molecular biophysicist Roy Britten, published the first model of a gene regulatory network, a web of interacting regulatory genes. This network included both regulatory DNA sequences—segments of DNA at each gene that set the conditions for when and where that gene will be turned on or off—and genes that code for molecules that bind to the regulatory DNA of other genes to turn them on or off. These gene regulatory networks have since been shown experimentally to control the process of development.

In 1971, Britten and Davidson published a landmark paper concluding that the evolution of an animal's body plan depends on changes in how genes are regulated during development. This concept was the foundation for the field of evolutionary developmental biology.

Inherent in the idea of gene regulatory networks was the concept that genome sequences that provided information about how genes should be expressed would be as important as the genome sequences that coded for the proteins themselves. Although non-protein-coding DNA was long considered to be "junk," Davidson recognized that the key regulatory code resided in this genetic material. In 2006, Davidson co-led a group of 240 researchers from more than 70 institutions that sequenced the purple sea urchin's genome. In 2008, a consortium of institutions led by Davidson's lab characterized the 23,000 genes of that genome.

In parallel, the Davidson group systematically created a comprehensive functional testing strategy to detect all of the control connections between the genes involved in the key events in the earliest stages of sea urchin embryo development, and to determine how the activity of each gene affected the ability of every other gene in that part of the embryo to be expressed. The network model, first described in 2002 and elucidated and extended over the next 13 years, revealed that the regulatory networks governing high-level processes such as the formation of a specific type of cell are built from gene circuits that can have striking similarities even when the identities of the genes in the circuits are different. These circuits can be viewed as a few dozen types of modules that perform specific functions. Because similar modular systems appear to exist in flies, frogs, chicks, mice, and zebrafish, they may be a universal feature of higher organisms.

The work, Davidson noted at the time, allows scientists to tinker with and re-engineer genetic networks, a process that simulates the genetic changes that accompany the evolution of organisms in real life. "The evolution of animals is due to changes in the structure of these gene regulatory networks, so this work provides us with an opportunity to study evolution in a new and decisive way," he said.

In 2012, Davidson's laboratory devised the first complete computational model of one of those networks, consisting of about 50 genes. Each gene was modeled as an on/off switch. The initial state of each switch was set, and the model was allowed to run. The team found that the predicted final state of the network matched results in normal and genetically manipulated sea urchins, validating a powerful tool for understanding gene regulatory networks in a way not previously possible.

"Eric's early recognition that 'biological engineering' would be a powerful approach for elucidating fundamental biological principles is an excellent example of his ability to foresee important advances in science," says Stephen Mayo, the Bren Professor of Biology and Chemistry and William K. Bowes Jr. Leadership Chair for the Division of Biology and Biological Engineering.

"Eric was a great man whose work on gene regulatory networks was paradigm shifting and has had tremendous impact in multiple fields of biology," says Marianne Bronner, the Albert Billings Ruddock Professor of Biology at Caltech. "He will be sorely missed as a colleague and friend."

Davidson was born on April 13, 1937, in New York, New York, and earned his bachelor of arts degree from the University of Pennsylvania in 1958 and his doctorate from Rockefeller University in 1963. He worked as a postdoctoral researcher and then as a member of the Rockefeller faculty before coming to Caltech as a visiting assistant professor of biology in 1970. He became a Caltech associate professor in 1971, a professor in 1974, and was named Chandler Professor in 1982.

He was a member of the National Academy of Sciences and a fellow of the American Association for the Advancement of Science. In 2011, he was awarded the International Prize for Biology by the Japan Society for the Promotion of Science. He was also the recipient of the Lifetime Achievement Award from the Society for Developmental Biology and the A.O. Kovalevsky Medal from the St. Petersburg Society of Naturalists.

Davidson had varied interests including history; American football (he played in the 1990s on Caltech's team); and the traditional music of the Appalachian Mountains, which he himself performed, playing the clawhammer banjo with the Iron Mountain String Band.

He is survived by his daughter, Elsa Davidson Bahrampour. 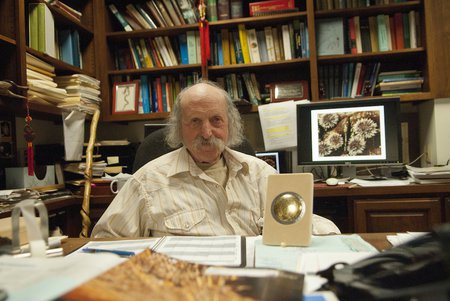 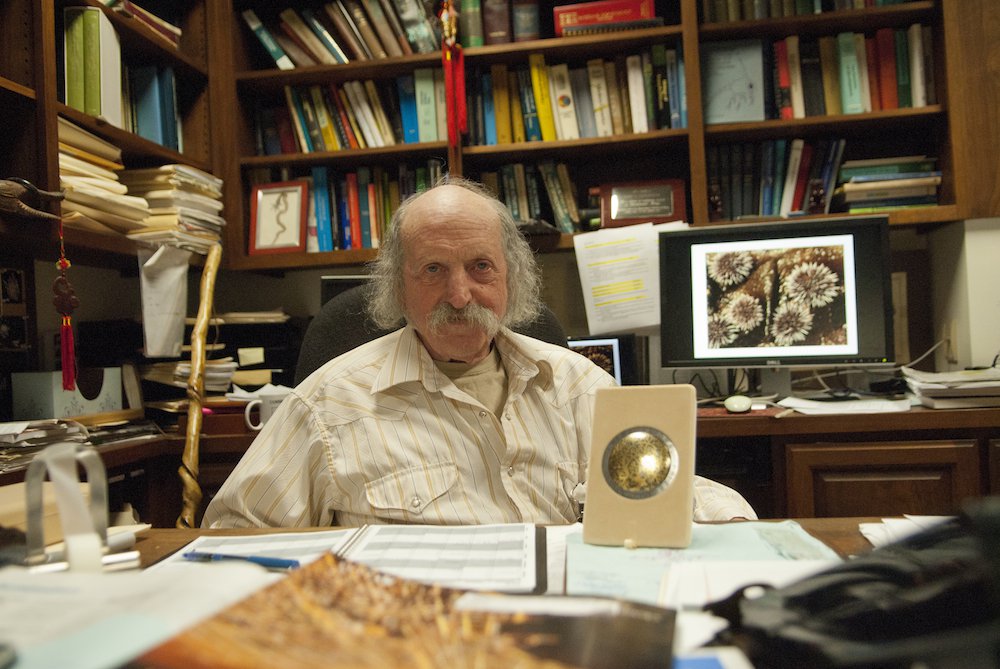