Democracies More Prone to Start Wars – Except When They're Not

What kind of political leader is most likely to start a war—an invective-spewing dictator or the elected head of a democratic nation? Surprisingly, science says it's probably not the autocrat.

Leaders of democratic nations actually have stronger incentives to start and exacerbate conflicts with other countries than their autocratic counterparts, suggests a new study published by the American Journal of Political Science.

The difference boils down to public pressure, say the study's authors, Michael Gibilisco of Caltech and Casey Crisman-Cox of Texas A&M University. Because of pressure from voters to not back down and appear weak, democratic leaders tend to act more aggressively in international conflicts. An autocrat, on the other hand, is answerable to no one and can back down from a conflict without facing personal consequences.

"If an elected leader makes a threat during a conflict with another country and the threat isn't followed through, they may face a decrease in approval ratings, or they may lose an election," says Gibilisco, assistant professor of political science. In democracies, he notes, voters can punish their leaders for appearing weak—these punishments or consequences are known as "audience costs" in political science parlance. To avoid those costs, leaders in representative governments become more aggressive during disputes.

In their study, Gibilisco and Crisman-Cox, who is also an assistant professor of political science, first developed a mathematical model of dispute initiation between countries and then fit the model to data of actual conflicts that occurred among 125 countries between 1993–2007.

They also estimated audience costs for the countries in their sample using existing databases containing country-by-country information on levels of democracy and press freedom. In general, they found that audience costs are highest in democracies with strong protections for a free press.

However, they also found that audience costs are much lower in democracies that have a rival that threatens their existence. (For example, South Korea's existential rival is North Korea.) One reason, the researchers say, is that a nation's voters will give their leader more leeway in deciding how to resolve a conflict with an existential rival, because survival is more of a concern than saving face.

In contrast to democracies, dictatorships tend to have low audience costs, but here, too, Gibilisco and Crisman-Cox found an exception. Dictatorships that provide a legal mechanism for removing a leader—as was the case in China before it abolished term limits this past March—have higher audience costs.

However, Gibilisco and Crisman-Cox found that other dynamics are at play that create more nuanced international dynamics.

For example, while democratic leaders may be less likely to back down during a crisis, they can also be more aggressive and prone to initiate conflict, because they know their opponent won't want to get in a fight against a country that will hold its ground, even if it leads to war. Alternatively, a democratic leader may be less likely to initiate a conflict in the first place, as they know that they won't be able to easily stand down from it.

Lastly, the researchers found a sort of mutually assured destruction effect with audience costs. Two countries that each have high levels of audience cost know the other cannot back down and thus avoid conflicts with each other; if they do end up in a dispute, however, the countries will have a harder time resolving it peacefully.

"The model kind of explains this behavior where peace and conflict are both self-enforcing," Gibilisco says. "So, if we're in peace today, none of us want to escalate a dispute into war tomorrow. But once we're at war, we want to avoid de-escalating."

"Audience Costs and the Dynamics of War and Peace" appears in the July 2018 issue of the American Journal of Political Science. 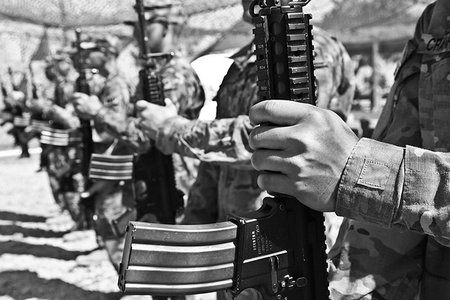 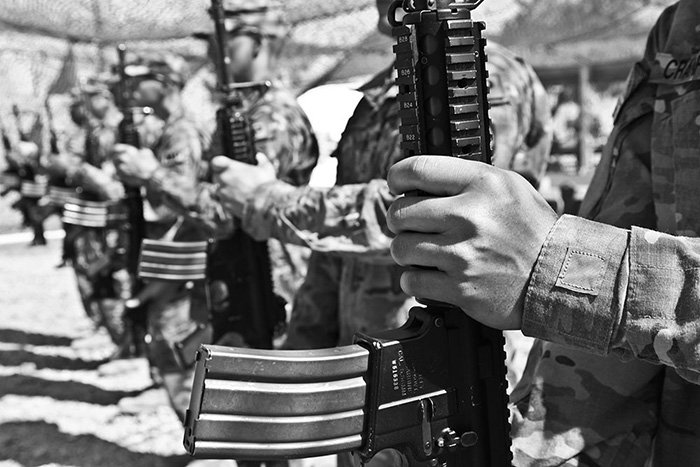 Share this
Tags
Related Links
> Decoding the Political Divide: A Conversation with Michael Gibilisco and Gabriel Lopez-Moctezuma
See All News   >