Deep-Sea Worms and Bacteria Team Up to Harvest Methane

Scientists at Caltech and Occidental College have discovered a methane-fueled symbiosis between worms and bacteria at the bottom of the sea, shedding new light on the ecology of deep-sea environments.

They found that bacteria belonging to the Methylococcaceae family have been hitching a ride on the feathery plumes that act as the respiratory organs of Laminatubus and Bispira worms. Methylococcaceae are methanotrophs, meaning that they harvest carbon and energy from methane, a molecule composed of carbon and hydrogen.

The worms, which are a few inches long, have been found in great numbers near deep-sea methane seeps, vents in the ocean floor where hydrocarbon-rich fluids ooze out into the ocean, although it was unclear why the worms favored the vents. As it turns out, the worms slowly digest the hitchhiking bacteria and thus absorb the carbon and energy that the bacteria harvest from the methane.

That is to say, with a little help and some extra steps, the worms have become methanotrophs themselves. 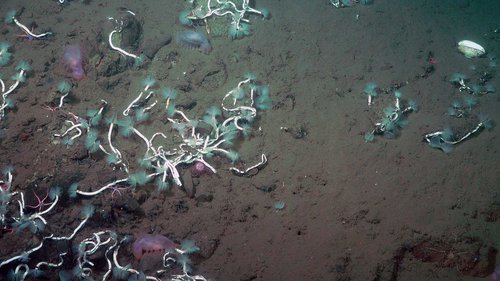 Methane-consuming serpulid worms on the seafloor off the coast of Costa Rica Credit: Alvin/WHOI
Image Lightbox 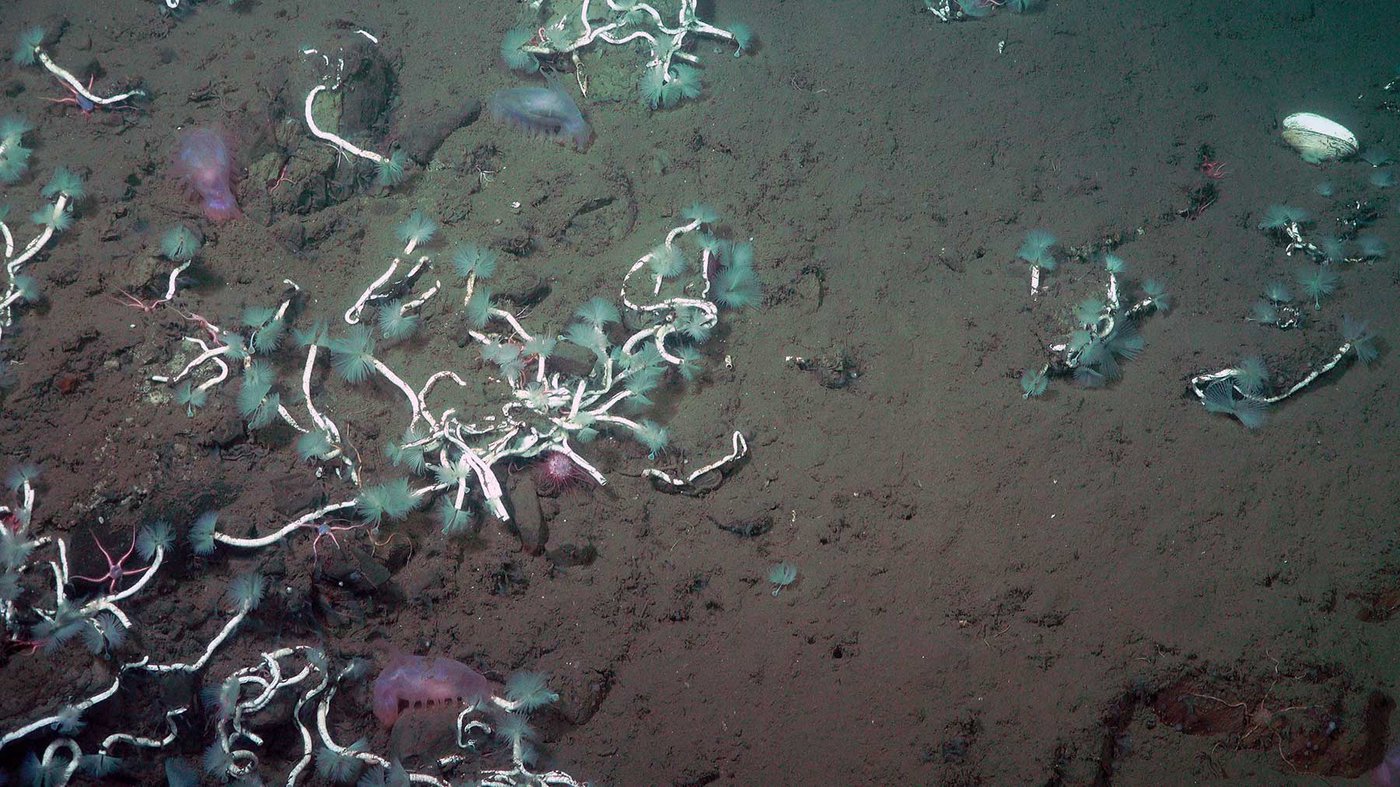 "These worms have long been associated with seeps, but everyone just assumed they were filter-feeding on bacteria. Instead, we find that they are teaming up with a microbe to use chemical energy to feed in a way we hadn't considered," says Victoria Orphan, James Irvine Professor of Environmental Science and Geobiology and co-corresponding author of a paper on the worms that was published by Science Advances on April 3.

Orphan and her colleagues made the discovery during research cruises to study methane vents off the coast of Southern California and Costa Rica.

"We had a colleague on board who was an expert on these worms and noticed that the morphology was unusual. The respiratory plumes were much frillier than anyone had ever seen before, which was the first clue. It was enough to make us say, 'That's interesting. We should investigate,'" says Shana Goffredi, visitor in geobiology at Caltech and lead author of the Science Advances paper. Goffredi is an associate professor of biology at Occidental College in Los Angeles.

To probe the nature of the relationship between the worms and the bacteria, the scientists had to first use robotic submarines to take samples from deep-sea methane vents, which, in this case, lie 1,800 meters below the ocean surface. 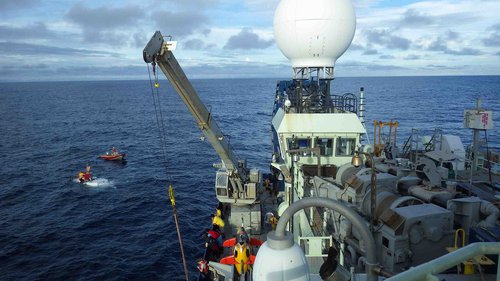 Surface recovery of the human-occupied submersible Alvin, with the recovery team on the small boat in view. Taken from atop the R/V Atlantis Credit: Shana Goffredi/Occidental College
Image Lightbox 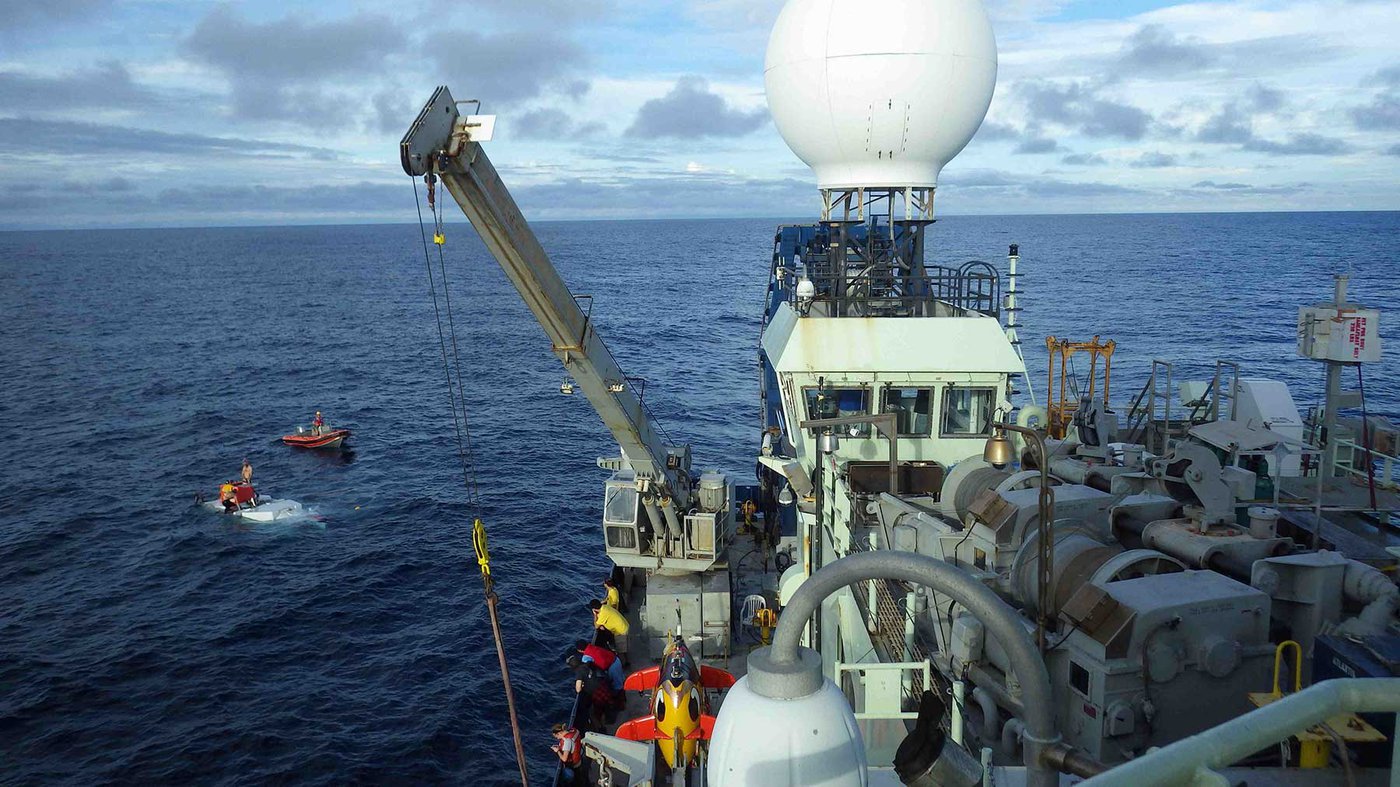 Surface recovery of the human-occupied submersible Alvin, with the recovery team on the small boat in view. Taken from atop the R/V Atlantis
Credit: Shana Goffredi/Occidental College
Download Full Image

Once the worms were brought topside, the scientists analyzed their tissues, cataloging the carbon isotopes that they had consumed. Carbon exists in two stable isotopic forms—different "flavors" of carbon, so to speak. Around 99 percent of all carbon is carbon-12, which has six neutrons and six protons in each atomic nucleus, and about 1 percent is carbon-13 (six protons and seven neutrons). Carbon-14, a radioactive isotope, exists in trace amounts.

All organisms require carbon—in some form—to survive, and they absorb it through metabolic processes. Studying the ratio of carbon-13 to carbon-12 in an organism's tissues can give clues to where that carbon came from and the conditions under which it formed. In the case of the deep-sea worms, their tissues had an unusually low ratio of carbon-13 to carbon-12, meaning that the carbon in the worm's body probably came from methane. Orphan and her collaborators reasoned that because the worms are incapable of processing methane directly, they must be getting their carbon from methanotrophic bacteria.

"The fact that we found this specific isotope of carbon throughout the worms' bodies and not just in their respiratory plumes indicates that they are consuming methane carbon from these bacteria," Orphan says. The research team followed up on this hypothesis by using molecular techniques and microscopy as well as experiments to test the ability of these worms to incorporate a modified, traceable version of methane. 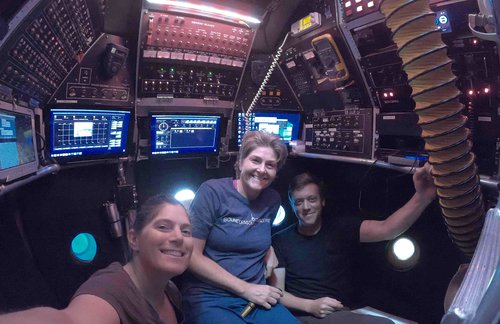 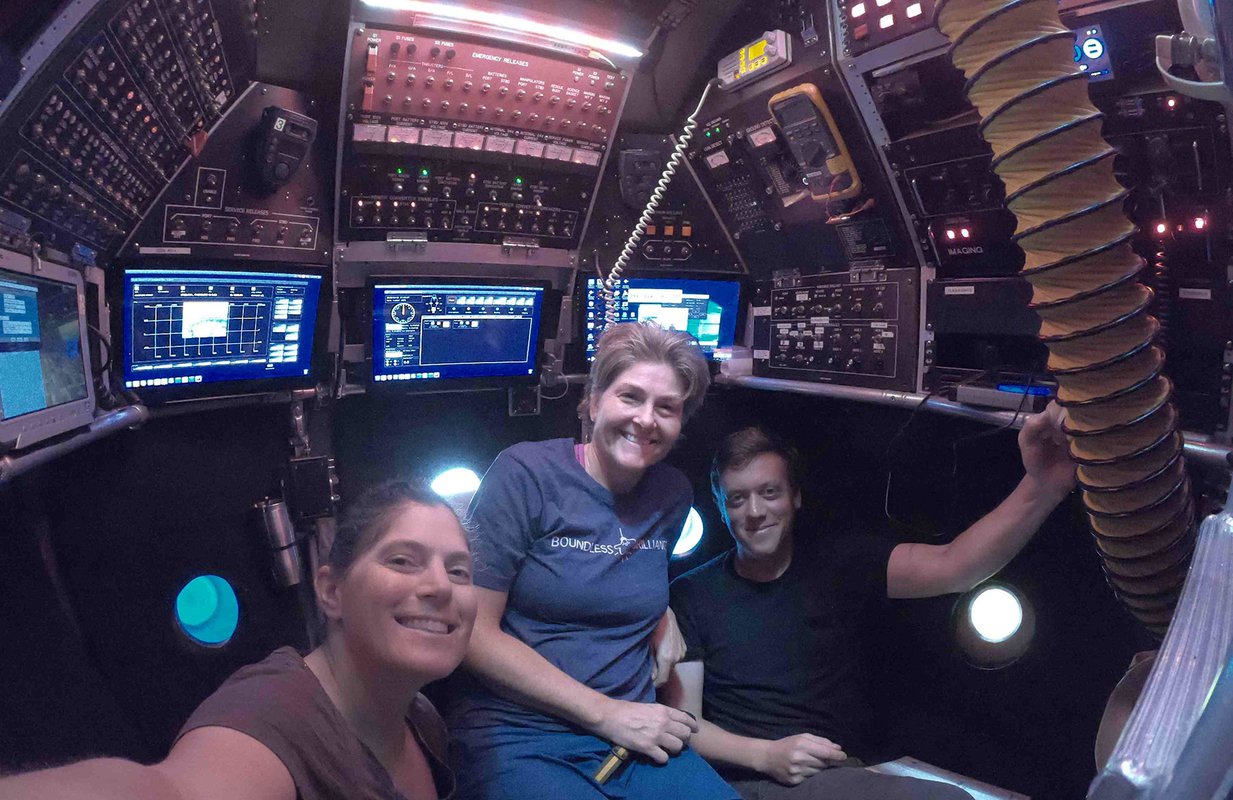 Their research findings change our understanding of seep ecosystems and have implications for deep-sea stewardship, as methane seeps and hydrothermal vents are sure to experience increasing pressure because of human exploitation of energy and minerals.