David Hsieh, an assistant professor of physics, is one of Caltech's newest faculty members. Hsieh grew up in Hong Kong before hopping the Pacific to earn his BS in physics and mathematics in 2003 from Stanford. Hsieh then received his PhD from Princeton in 2009 and was a Pappalardo Fellow at MIT before joining Caltech's faculty on September 1. He recently answered a few questions about his work—and some culinary experiments.

What kind of research do you work on?

During graduate school, I was part of a team that discovered a new phase of matter called a topological insulator. These materials look ordinary—in fact they resemble simple chunks of a semiconductor like silicon. But one of the most interesting things about topological insulators is that when you cut them, the interface between the material and the environment always conducts electricity extremely well—even though the rest of the material below the surface is electrically insulating. This property of the interface is a defining characteristic of a topological material. One aspect of the excitement about these materials is their potential for lowering the power consumption of electronic devices.

Recently, people have realized that topological materials may come in many more varieties and be more common than imagined. In fact, they may even be found among the materials already being used in everyday technology—we just haven't looked hard enough. Ever since I was in graduate school, the direction of my research has been to try to discover and manipulate these things. However, they're actually very hard to find experimentally because the tools people have built over the past few decades have primarily been tailored to look at conventional materials. You have to build new instruments to probe these types of topological materials. That's what I'm doing here at Caltech.

What's the most fascinating aspect about these materials—the new types of physics behind their peculiar behaviors or their practical applications?

It's a combination. At Caltech, there's a group of scientists primarily interested in the fundamental science. The materials are really a new phase of matter that—unlike a solid, liquid, or gas—is only distinguished by its quantum mechanical properties. But on top of this, the materials have a lot of technological applications, including in building electronics that use less power. Probably what's even more exciting to the Caltech community is the potential for these things to be building blocks for quantum computing.

Despite really interesting quantum computational schemes that have been theoretically devised, the experimental routes to an actual quantum computer have not been very clear. So the discovery of these topological phases is one of the most promising ways to get there—to get bits and bytes that can be used to construct a quantum computer.

What do you find most exciting about your work?

I'm very interested in fundamental physics. So the opportunity to build instruments that can enable discoveries—that's a very exciting thing for me. I like discovering things. I'm also interested in pushing the limits of instrumentation. If you look at the history of scientific discovery, unpredictable phenomena that ended up being important have almost always occurred concurrently with advancements in instrumentation. The difficulty in looking at these topological phases is that you need to push instruments to their very extremes.

How did you become interested in physics? Were you always a science person growing up?

No, by no means. I was actually really interested in history growing up. Even upon getting into Stanford, I thought I was going to study history—modern Chinese history, to be exact. I had a great high-school history teacher who was very inspirational and who drove me to pursue that field. But you change in college. I took a few physics classes from a really great instructor my freshman year. More exposure to physics and learning more about unsolved mysteries in the field just encouraged me to go in that direction.

Is there anything else you would like people to know about you?

I'm a huge tennis fan. I love playing, watching, and memorizing trivia about the sport. I also enjoy food a lot. I like cooking and experimental culinary stuff, like using new gadgetry and trying new flavor combinations. It's sort of an extension of experimental physics, except you could potentially really hurt someone.

What culinary experiments have you done?

I've been involved in roasting a pig. But it wasn't single-handed. 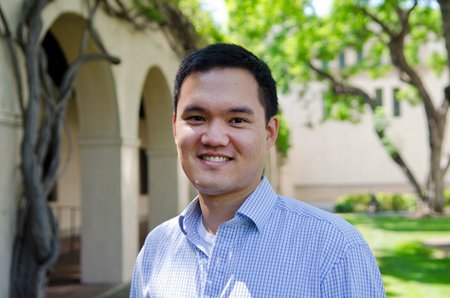 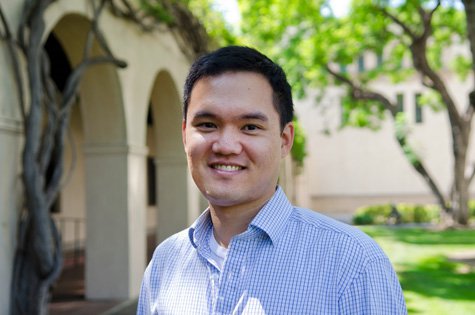