David Grether, Caltech Frank Gilloon Professor of Economics, Emeritus, passed away on September 12. He was 82.

Grether was trained in econometrics, a field that applies statistical methods to economic data in an effort to determine economic relationships. His research into individual decision-making helped develop what was then a new field, experimental economics, which examines economic questions through the use of experiments of auctions, games, and markets.

After working at Yale University and its Cowles Foundation for Research in Economics, Grether joined Caltech as an associate professor in economics in 1970. He was promoted to professor of economics in 1975 and served as executive officer for social sciences from 1978­ to 1982. He served as chair of the Division of the Humanities and Social Sciences twice, from 1982 to 1992 and again from 2006 to 2007.

Philip Hoffman, the Rea A. and Lela G. Axline Professor of Business Economics and History and a colleague of Grether's, said Grether made a big impact on his career by persuading him to take a dual appointment in both social sciences and humanities. Hoffman described him as "the person you'd turn to for advice" and "one of the best division chairs we've ever had."

Grether's research was focused on the study of decision-making by individuals through the use of laboratory experiments. He used subjects from diverse backgrounds and developed new econometric methods to measure the consistency of human decision-making processes with the basic principles of economics and game theory. His work explored everything from how to assign landing rights at airports to how individual beliefs intersect with economic decisions.

"But Dave's interests were far wider than that," Hoffman adds. "He read widely in subjects ranging from methodological debates in philosophy and economics over causation to all sorts of history, a field where he became a real expert. He was always highlighting interesting articles in my own field of economic history, and if Dave liked an article, the odds were that it was really good. Beyond that, he was a treasure trove of information about movies, TV series, and restaurants where quality was high and prices low."

Some of Grether's work was conducted with Charlie Plott, Caltech's William D. Hacker Professor of Economics and Political Science. Plott says Grether helped pave the way for the use of statistical methods for the study of economics in laboratories, calling his work "a key link" from field work to lab.

"Working with Dave was fun and intellectually exciting," Plott says. "He always saw humor in complex events. When you had a problem you could not solve, Dave was the person to see. He was able to extract the empirical essence of some of the profession's oldest and most challenging ideas. His tests of classical preference theory and subjective — Bayes Law— probabilities are examples. He was able to pioneer the delicate, structural, econometric connections between complex field data and laboratory data. His ideas are clearly among those that create the roots of economics in laboratory methods." 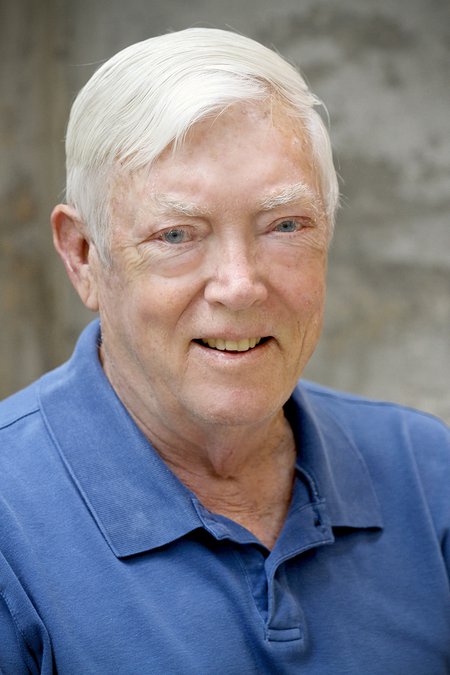 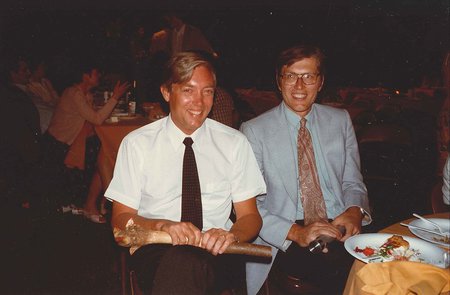 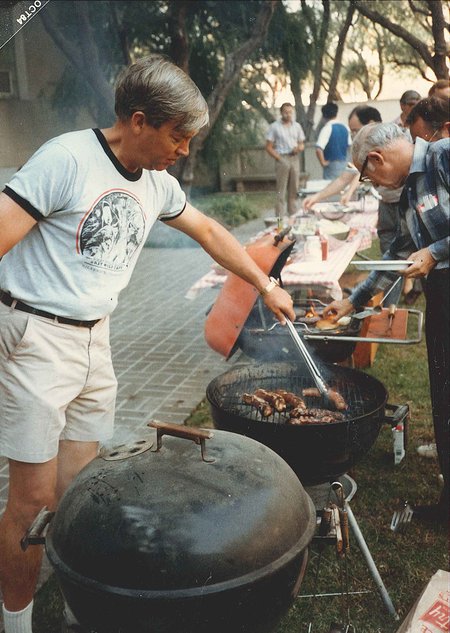 David Grether tends a barbecue at a Humanities and Social Sciences picnic in 1984. Credit: Caltech 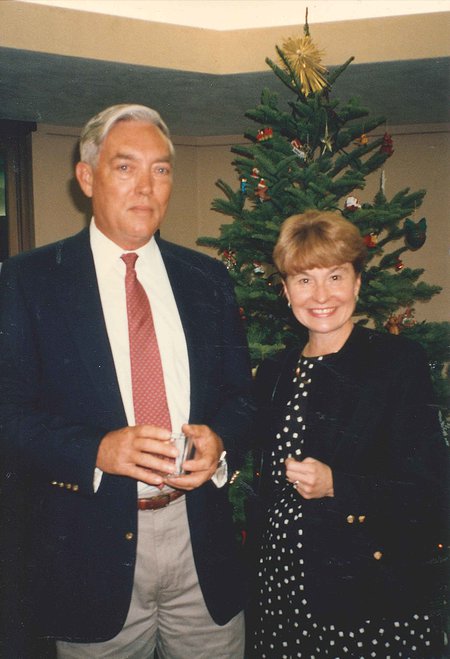