An old joke says if you want to know if a politician is lying, see if their lips are moving. New research shows that people can predict something about a politician's honesty just by looking at them, but it's not the lips they're noticing.

A series of studies conducted by Caltech researchers show that when people are shown photos of politicians they're not familiar with, they can make better-than-chance judgments about whether those politicians have been convicted of corruption. People can make these judgments even without knowing anything about the politicians or their careers. And one thing they seem to be picking up on is how wide the politicians' faces are.

The individual people making these judgments do only very slightly better than if they were making a random guess (although the difference is statistically significant). However, the judgments become much more accurate when they are combined across a group of people.

"It might be difficult to understand why you can look at others' faces and tell something about them," says Chujun Lin, study co-author and Caltech graduate student. "But there is no doubt that people form first impressions from faces all the time. For example, on dating sites people often reject potential matches based on pictures without reading the profile."

However, it's important to note that the researchers are not claiming that politicians who look corruptible are inherently more corrupt than those who look honest. Their research shows a connection between facial appearance and corruption, but, they say, there could be many explanations. One possibility is that if a face conveys a sense of dishonesty, the politician might be offered bribes more often. Another possibility is that corruptible-looking politicians are not any more corruptible than honest-looking politicians, but because of their looks they are more often suspected of, investigated for, and convicted of corruption.

"If a jury is deciding whether or not a politician is guilty, having a corruptible-looking face might create a negative impression, which might influence the jury's decision," says Lin, who adds that the "clean" politicians used in the study might not actually be clean. "Maybe they just haven't been caught."

The study, which appears in the journal Psychological Science, consisted of four parts.

Part 1: The researchers collected pictures of 72 politicians who held office at the state or federal level. Half had been convicted of corruption and half had clean records. For consistency, all of the politicians included were male and Caucasian. All of the photos were black-and-white; cropped to the same size; and featured a frontal, smiling portrait. The images were presented randomly to 100 volunteers, who were asked to rate each politician on how corruptible, dishonest, selfish, trustworthy, and generous they looked.

An analysis of the data collected showed that the volunteers as a group were able to correctly differentiate the corrupt politicians from the clean politicians nearly 70 percent of the time based on their faces alone.

Part 2: The second part of the study replicated part 1, but used photos of 80 politicians elected to state and local offices in California. Half had violated the California Political Reform Act—a law that regulates campaign finance, lobbying, and politicians' conflicts of interest—and half had clean records. As before, the data showed that the volunteers could correctly differentiate the corrupt politicians from the clean politicians nearly 70 percent of the time.

Part 4a: In the fourth section of the study, the researchers examined which of the politicians' facial structures the volunteers associated with dishonesty and corruption. The faces were characterized by eight measures that described things like distance between the eyes, size of the cheekbones, nose length, and face width. By comparing the data from those measures against the judgments made by the volunteers and the records of corruption convictions, the researchers found that politicians with higher facial-width ratios were more likely to be perceived as corruptible.

Part 4b: To double check that face width was truly the characteristic driving negative perceptions about a given politician, the researchers gathered photos of 150 politicians and digitally manipulated each into a wide-faced version and a narrow-faced version. The 450 resulting photos, including the 150 unaltered originals, were shown to 100 participants who were asked, as in the previous studies, to rate each image according to how corruptible the politician seemed. And again, face width made the difference. The volunteers judged the wide-faced versions of the politicians to be more corruptible than their thin-faced counterparts

Which version of this man looks the most corrupt? Your brain has already decided.
Image Lightbox

Which version of this man looks the most corrupt? Your brain has already decided.
Download Full Image

"These findings raise many interesting questions for future research," says Lin. "For example, what is the underlying causal mechanism of the correlation between perceived corruptibility and politicians' records found in our study? Are politicians who look more corruptible more likely to be suspected, investigated, and even convicted?"

The findings might make a person wonder why corrupt politicians get elected in the first place if people can tell they're corrupt just by looking at them. Co-author Ralph Adolphs (PhD '92), Bren Professor of Psychology, Neuroscience, and Biology, and director and Allen V. C. Davis and Lenabelle Davis Leadership Chair of the Caltech Brain Imaging Center, says that a lot more than just a face goes into how you feel about a person.

"In the real world, you're not just seeing a photo of a politician. You're seeing them talk and move," says Adolphs, who is also on the leadership team of the Tianqiao and Chrissy Chen Institute for Neuroscience. "Their face might make a first impression on you, but there are other factors that can come in and override that."

Before conducting this study, Lin researched how politicians' facial characteristics relate to their success in elections across different cultures. She plans to continue her research on the judgments people make based on facial structures. Her next study asks volunteers to judge people from all walks of life on 100 different characteristics such as helpfulness, meanness, and healthiness, based on their faces.

The study, titled "Inferring Whether Officials Are Corruptible From Looking At Their Faces" was published in Psychological Science on September 12. Michael Alvarez, a Caltech political science professor, is also a co-author. Funding for the research was provided by the Caltech Conte Center for Neurosciences and the National Institute of Mental Health. 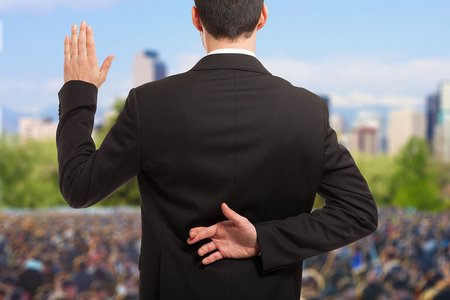 Can you trust this politician? A look at their face might hold the answer. Credit: Shutterstock
Image Lightbox 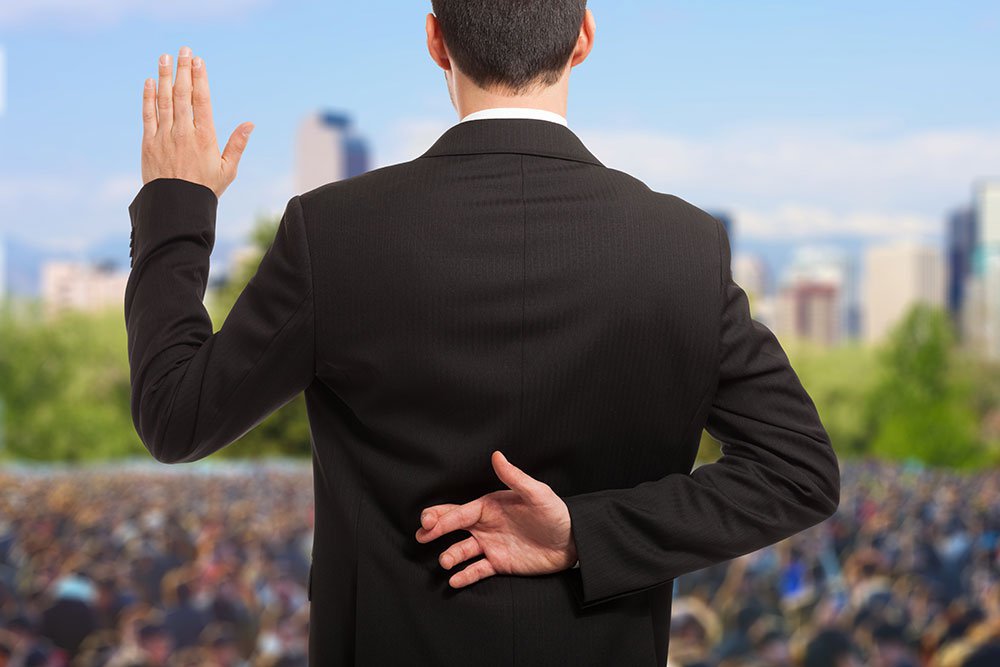